This runway is an essential piece of national infrastructure, underpinning the local and national economy.

Like all airport assets, the main runway has been subjected to regular, ongoing maintenance over the years to ensure its safe operation.

A major project to resurface the runway finished in September 2018. The project started in November 2016 and included the application of three new layers of asphalt to the main runway, the resurfacing of three taxiways serving the runway, an upgrading of the runway’s ground lighting system with 1,700 new LED lights, reducing energy consumption by 66%, and more than 10 kilometres of new electrical ducting and 200 kilometres of electrical cabling.

The preferred flight path to/from the secondary runway is R16 and the Irish Aviation Authority use this flight path for the duration of maintenance works. On occasion when wind direction is an issue, R34 will be used. 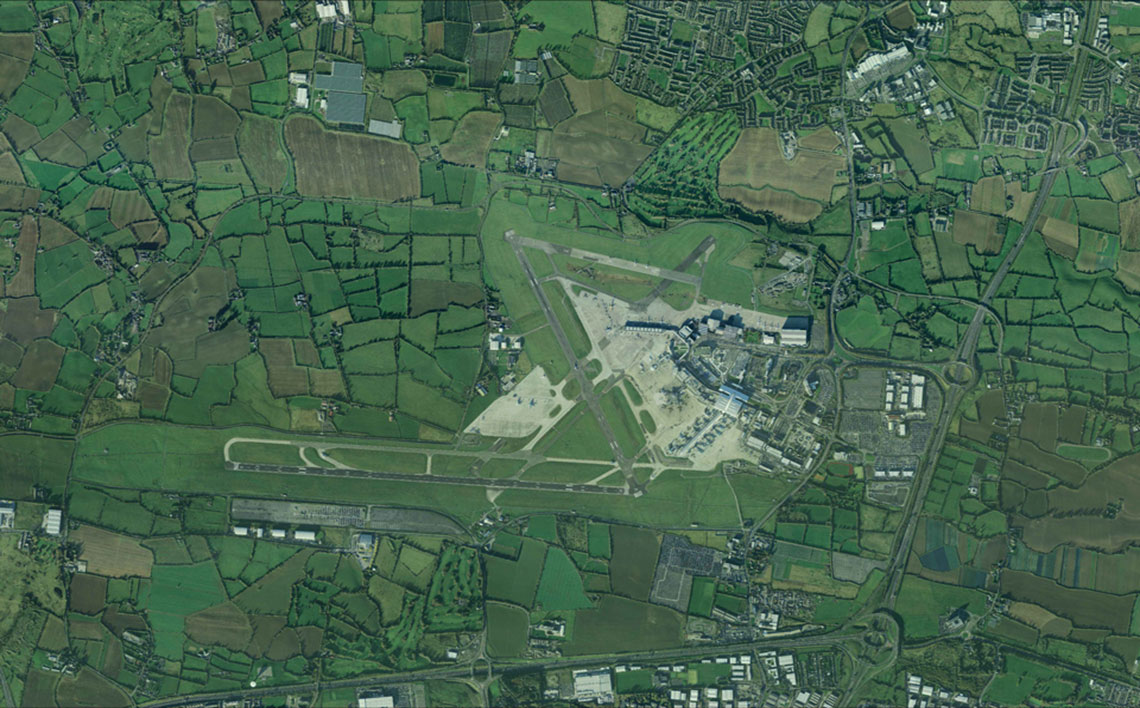 About 700 – 750 aircraft land and take off on Dublin Airport’s main runway every day. Each landing leaves rubber residue from the aircraft’s tyres which in turn starts to progressively build up on the surface of the runway.

This accumulation of rubber on the runway can compromise the gripping or friction levels required for aircraft to land safely. To ensure our runway is safe, we engage a specialist contractor to remove this rubber residue using ultra high-pressure washing equipment. This work is carefully planned and is carried out at night time to as not to impact the day to day flight operations.

Rubber removal from the main runway needs to be carried out about three times during the year.

Birds can be a major hazard at all international airports and it is a challenge to keep them away from the airfield. Dublin Airport has over 670 acres of grasslands which needs to be managed carefully to stop birds nesting and foraging for food on the airfield.

Grass cutting involves a trained team using a combination of tractors and mowers, ride-on mowers and grass strimmers to maintain the grass areas.

The teams work their way progressively around the around the airfield cutting the grass around all lights and signs, taking care not to impact on the day to day operations as they complete their work. Dublin Airport has a long grass policy which deters birds from landing on the airfield, this means that the grass is never cut too short.

For areas that cannot be cut during the day time hours, the team completes cutting activities at night time in co-ordination with airport operations.

Runway maintenance normally takes place for a week about three to four times per year between midnight and 05.00.

During these times, the northerly approach to the secondary runway R16 will be used with the only exception being if the wind dictates that the southerly approach, R34 has to be used.

Dublin Airport’s main runway, R10/28 had maintenance work, similar to that carried out between 2016 -2018, carried out over a six month period in 2010 when a thin, porous friction course overlay was applied to extend the runway life by 6-8 years.