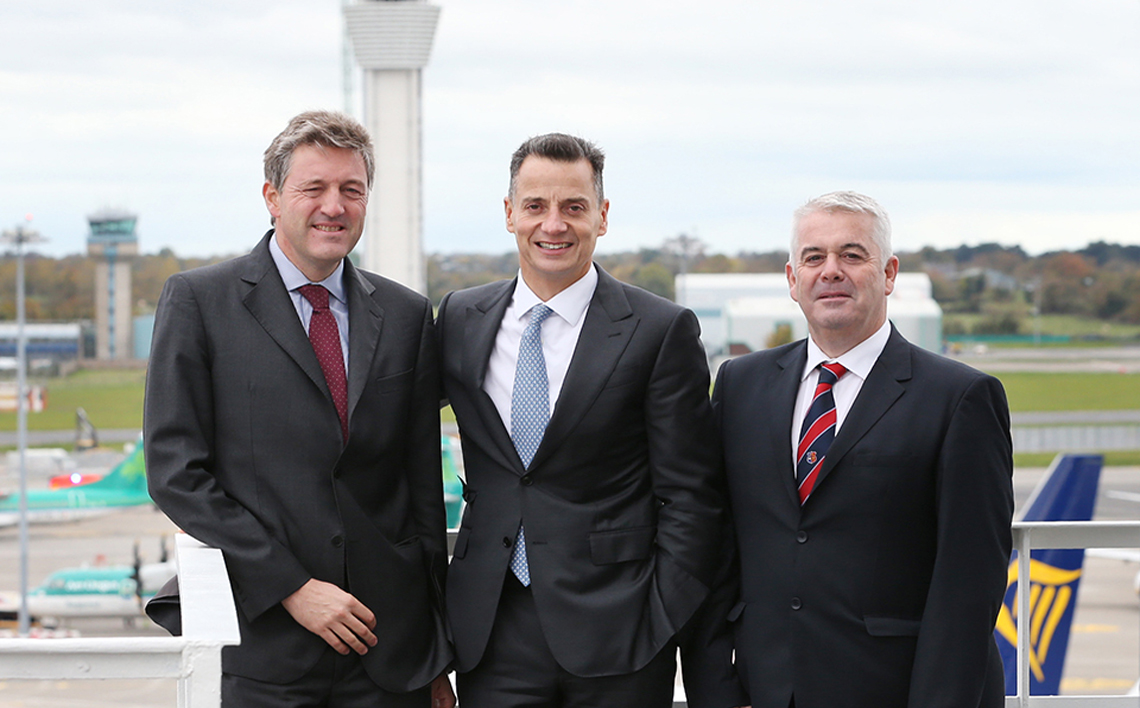 North Runway will be built at no cost to the State – as daa is not funded by the taxpayer - and will support the creation of 31,200 new Irish jobs and €2.2 billion in additional economic activity by 2043.

“We are delighted to award this key contract to Roadbridge FCC and to move to the next phase of our plans to deliver the new North Runway,” said daa Chief Executive Dalton Philips.

“North Runway is an essential project for Ireland, as it will position the country for future economic growth for many decades to come,” Mr Philips added. “North Runway isn’t Dublin’s new runway; it is Ireland’s new runway and it will boost the performance of Irish tourism, trade and foreign direct investment in a post-Brexit world.”

Roadbridge Managing Director Conor Gilligan said the Limerick-based company was honoured to be part of the consortium that will build North Runway. “We are thrilled to be involved with such a prestigious and vital national project,” Mr Gilligan added.

FCC Construcción’s UK & Ireland Director Miguel Ángel Mayor said FCC had a strong track record in Ireland and looked forward to working closely with daa to build the new runway. “We have been operating successfully in Ireland for many years and also have significant experience of runway construction both in Europe and South America, having built more than 4.5 million sq m of airport runways,” he added.

About 300 construction jobs will be created onsite during the project, with hundreds more in sub-supply firms offsite. The commissioning phase of the runway project will also create additional employment both onsite and offsite.

To maximise local employment opportunities in the project, Roadbridge FCC will be working closely with Fingal-based development company Empower and daa to fill as many positions as possible from within the local community.

daa is mindful of its local communities and mitigation measures such as a voluntary house purchase scheme, and a sound insulation programme for homes that will be affected are already in place. Dublin Airport is also investing €10 million in a Community Fund that will support a wide range of local initiatives over the next 25 years and has also bought land in the area, where it will create a new public park.

While construction of North Runway is proceeding, daa will separately seek to have the two onerous conditions attached to the project amended. These conditions would limit flights at the airport’s busiest time of the day, which is between 6am and 7am, and also at night. Legislation is currently being drafted for an independent noise regulator at Dublin Airport, and daa will make its case in relation to the conditions via this new process.

The new runway will be located about 1.6km north of Dublin Airport’s current main runway and will be entirely built on land owned by the airport. Developing a new runway at Dublin Airport is a key part of the Government’s National Aviation Policy, as it will allow the airport to develop its hub business and enable airlines to offer connectivity to more destinations.

Dublin Airport’s existing runway system is effectively full at peak times and North Runway is also needed to reduce delays and congestion and to allow for future growth at Ireland’s key international gateway.

Construction started on the North Runway in late December 2016 and the initial package of works supported about 100 construction jobs. Roadbridge also won the contract for this initial phase of North Runway works, which included site clearance, road and services diversions and a series of archaeological and other surveys.

The North Runway enabling works construction package was the first ever Irish project to win a Gold Award at the Considerate Constructors Scheme Awards, which promote best practice within the construction industry.