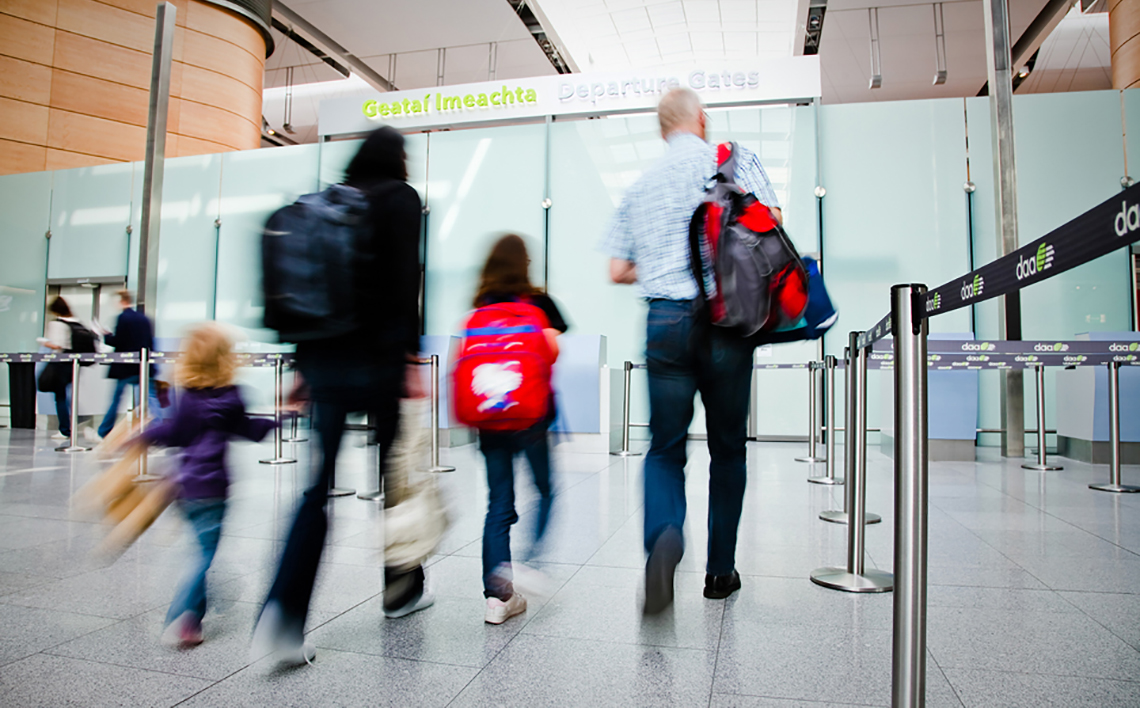 Will flights be cancelled or delayed if there is a no deal Brexit?

A no deal Brexit is not expected to have any impact on flight operations at Dublin Airport. The EU has introduced new laws to ensure that flights between the UK and Ireland will continue as normal if the UK leaves the EU without a deal. The UK has confirmed that it will mirror these arrangements.

What queue should UK passport holders use at airport immigration if the UK leaves without a deal?

In the event of a no deal Brexit, we will be changing the signs at immigration to make things clear for passengers. Dublin Airport will also have customer services staff on hand to help passengers and to deal with any queries or confusion that may arise.

If the UK leaves without a deal, what customs channel should UK arrivals use?

In the event of a no deal Brexit the UK will no longer be in the European Union and ALL passengers arriving from UK airports will have to use the Green customs channel or the Red channel if they need to make a customs declaration.

No passenger arriving from a UK airport is entitled to use the Blue channel post Brexit, irrespective of their nationality. We will have customer services staff in the baggage hall area to help passengers.

Will duty-free shopping return for passengers flying to the UK in a no deal scenario?

What allowances will people have if duty-free returns on flights to the UK?

The duty-free allowances are likely to be the same as those currently in place for non-EU countries. These are as follows - 200 cigarettes or 100 cigarillos or 50 cigars or 250g of smoking tobacco; 1 litre of spirits; 2 litres of liqueur, port or sherry; 4 litres of wine, and 16 litres of beer.

Will passengers travelling to the UK from Dublin Airport be able to buy duty-free perfume and cosmetics?

No. The Irish Government has said that under a no deal Brexit scenario only duty-free alcohol and tobacco will be available for passengers on flights to the UK. The Loop at Dublin Airport will continue to offer Ireland’s best deals for beauty and cosmetics for all passengers, regardless of their final destination, with prices that are at least 15% cheaper than downtown.

Will there be any impact with respect to security screening for Irish or UK passengers in a no deal scenario?

I am a UK passport holder living in Northern Ireland, and I use Dublin Airport regularly, will there be any changes for me when using Dublin Airport in the event of a no deal Brexit?

You will depart as normal, with no change in security screening.

When you arrive in Dublin as a UK passport holder you will use the new EU/UK channel at airport immigration. There will be clear signage in place, and we’ll have staff to assist you.

If you are arriving in Dublin from a UK airport you should use the Green channel at customs (unless you have goods to declare when you use the Red channel). If you are a UK passport holder arriving in Dublin Airport from an airport located in the EU post Brexit, you still use the Blue customs channel.

I am an Irish passport holder living in Northern Ireland, and I use Dublin Airport regularly, will there be any change for me when using Dublin Airport in a no deal Brexit?

If you are arriving at Dublin Airport from a UK destination after Brexit all passengers – regardless of their nationality – need to use the Green channel at customs (or the Red channel, if you have something to declare). Otherwise, the current airport processes will remain unchanged for Irish passport holders.

What about the Common Travel Area (CTA) between Ireland and the UK, does it still apply?

Both the Irish and British governments have said the Common Travel Area (CTA) will continue to apply. Under the CTA, Irish and UK citizens can move freely and live in either jurisdiction and enjoy associated rights and entitlements.

The Government of Ireland, the UK Government, and the EU have committed to maintaining the CTA and its associated rights and entitlements in all circumstances, including in a no deal Brexit.

Some airlines let me use just a driving licence as ID for flying to Britain, will that change after Brexit? Will I need to have a passport?

The Common Travel Area (CTA) will continue to operate between Ireland and the UK in a no deal Brexit.

However, passengers will still have to present proof of their identity to avail of CTA arrangements, and therefore will need official photo identification. Passengers should check with their airline to clarify the type of identification the airline requires and should travel with their passport if there is any uncertainty.

What about taking pets to and from Britain after Brexit?

The Department of Agriculture has indicated that the rules for transporting pets such as dogs, cats and ferrets to and from Britain will change post Brexit. Please click here for more information.