The Noise Contour Maps below have been produced for daa to meet the requirements of EU Directive 2002/49/EC and SI number 140 of 2006, Environmental Noise Regulations 2006. They are also in line with the guidelines set down by the Environmental Protection Agency (EPA) which coordinated the project in Ireland. The maps show Lden and Lnight contours.

The European Directive 2002/49/EC on noise mapping requires noise contours to be generated using the Lden and Lnight noise indices. The Lden unit is a LAeq for the whole 24 hour period but includes weightings depending on when during the 24 hour period the noise occurs.

LAeq.T is the most widely applicable unit and is the equivalent continuous A-weighted sound pressure Level. LAeq.T is an energy average and is defined as the level of a notional sound which, over a defined period of time, would deliver the same A-weighted sound energy as the actual fluctuating sound.

In movement terms the effect of the weightings is equivalent to more than trebling the number of aircraft movements during the evening and multiplying by 10 the number of movements at night.

To compute the noise contours each period is considered separately and a LAeq is determined for it. The weightings are then added to the evening LAeq and night LAeq with each LAeq then added together, taking into account the period durations. 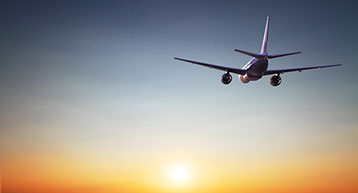