Where Stories Go Beyond 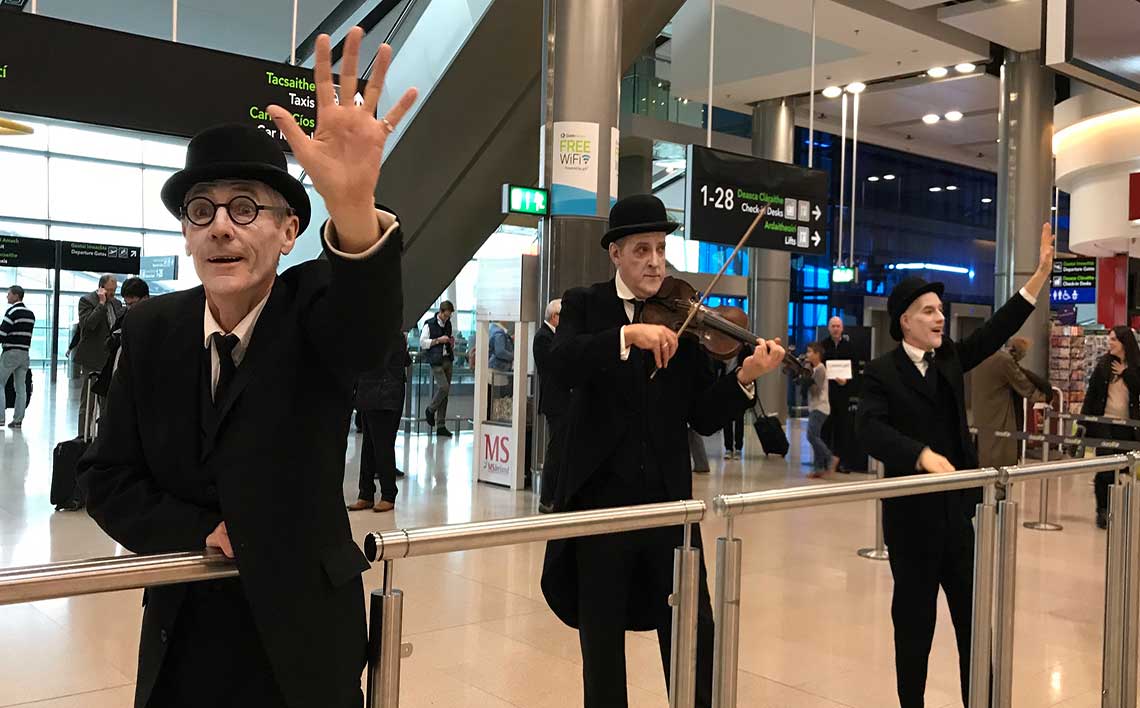 We were delighted to welcome actors from The Abbey Theatre to Dublin Airport recently.

Members of the cast of the sold out production of James Joyce's classic Ulysses, which runs for the month of October, performed a series of pop-up performances of excerpts from Dermot Bolger's adaptation of the book while interacting with passengers along the way.

Dublin Airport is a proud sponsor of Ireland's National Theatre, The Abbey Theatre, having entered into a partnership earlier this year, promoting its productions on the digital display screens in the terminals here at the airport.

The campaign, ‘Where Stories Go Beyond’ plays on the concept of the airport as the place where the passenger's story begins and The Abbey Theatre as the national stage for sharing stories about Irish culture and history. The partnership fits perfectly with our ethos of promoting tourism, visitor attractions and Irish culture to our customers. Tourists make up about 15% of The Abbey's audiences. For more on The Abbey Theatre and its upcoming productions see here.