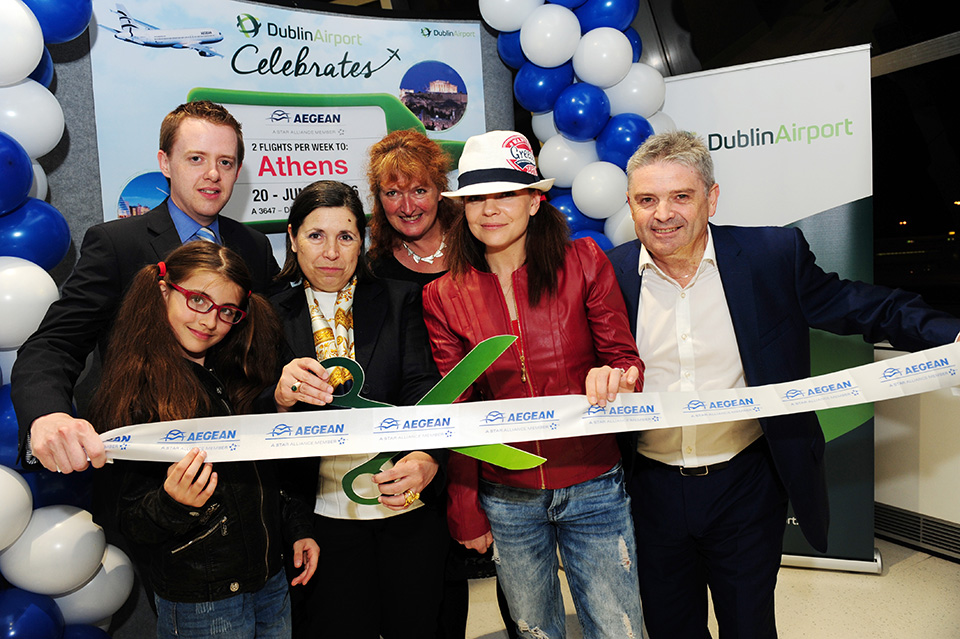 “Athens is steeped in history and has so much to offer.  I have no doubt this will be a very popular location for both business and leisure passengers. This new service allows customers from Dublin to travel to Athens and onto 30 destinations on Aegean’s route network,” he added.

Aegean Airlines, which is part of the Star Alliance network, is flying an A320 aircraft twice weekly from Dublin to Athens from June 20 until September 19, 2016.

Athens is one of the world’s oldest cities, with recorded history spanning around 3,400 years.  Classical Athens was a centre for the arts, learning and philosophy, home of Plato’s Academy and Aristotle’s Lyceum; it is widely referred to as the cradle of Western civilisation and the birthplace of democracy.  Today, Athens is central to economic, financial, industrial, political and cultural life in Greece.

Flights will depart Dublin every Monday and Saturday at 23.15, arriving in Athens at 05.05.