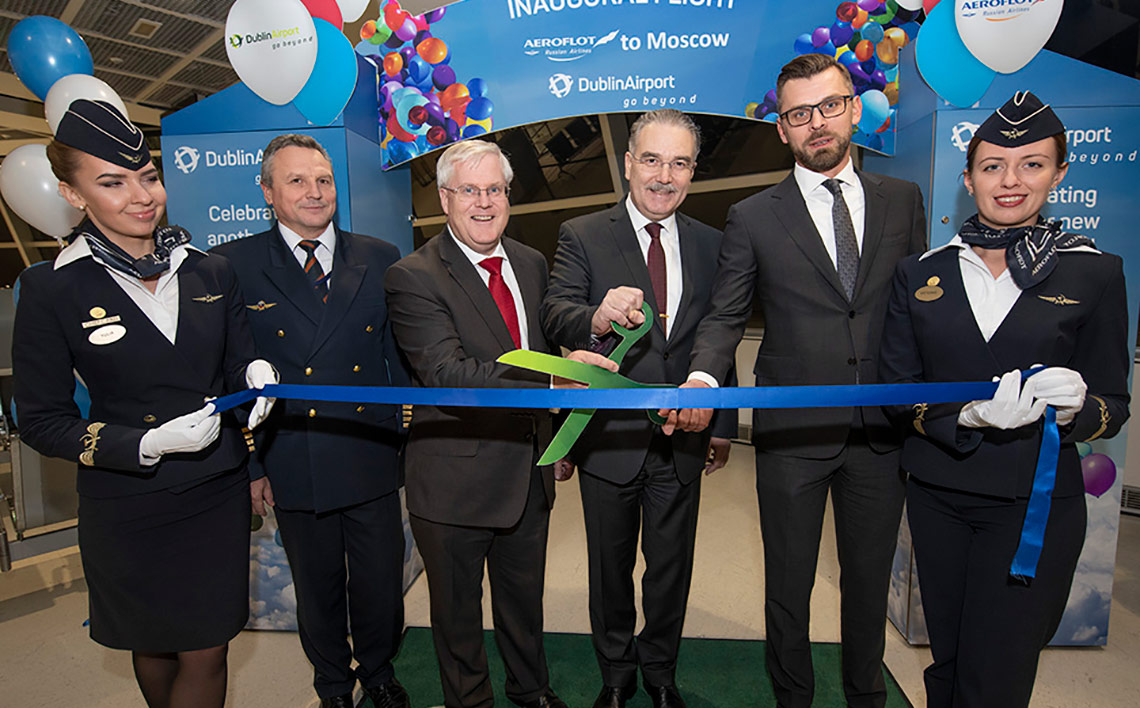 Dublin Airport welcomes the launch of Aeroflot’s new service between Dublin and the Russian capital Moscow.

The airline will operate its new daily, year-round service with an Airbus A320 aircraft.

“We are delighted to welcome Aeroflot back to Dublin Airport and we will work closely with its management team to promote this new route,” said Dublin Airport Managing Director Vincent Harrison.

“About 42,000 passengers travelled between Dublin and Moscow last year on indirect flights so I have no doubt this new direct route will be very popular in both directions.  The new service will further boost trade and tourism between Ireland and Russia,” he added.

Aeroflot previously operated a Dublin to Moscow service between 1987 and 2003.  The airline is Russia’s flagship carrier serving 146 destinations in 52 countries.