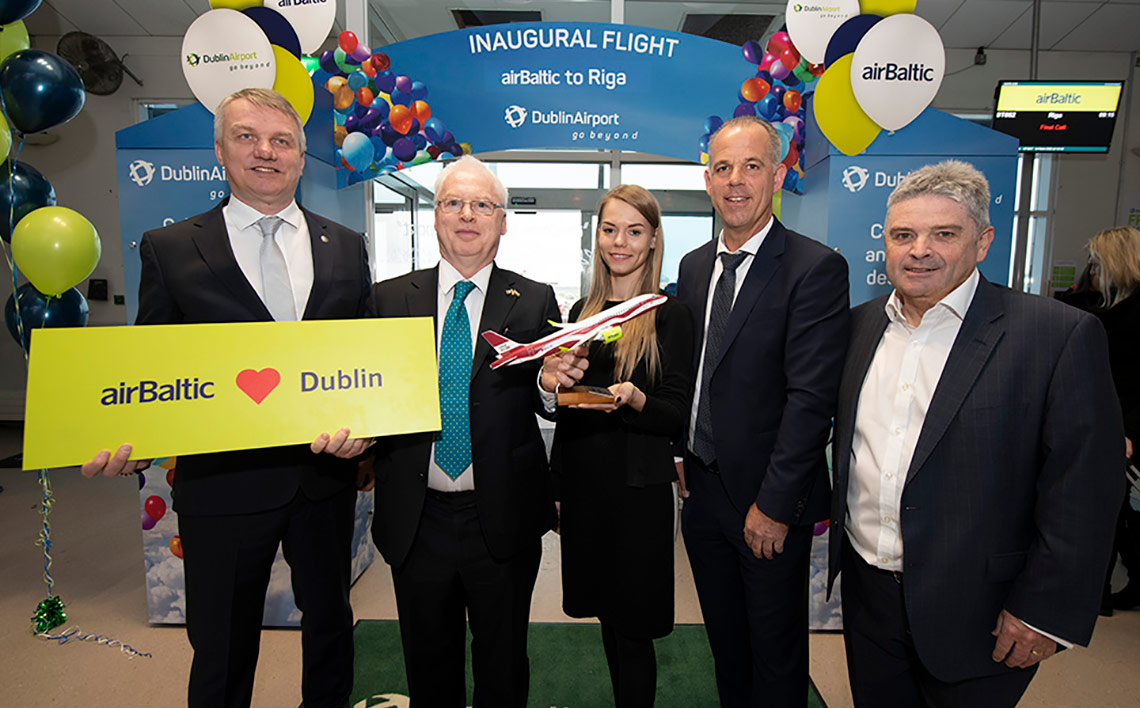 The airline will operate its new service with an Airbus A220-300.

“We are delighted to welcome airBaltic back to Dublin Airport re-establishing the connection between our two capital cities,” said Dublin Airport Managing Director Vincent Harrison.

“Riga is a beautiful city steeped in history and culture and its old town is a UNESCO World Heritage Site. Not only can passengers now fly direct to Riga they can also connect there to a range of destinations such as Tallinn, Vilinius, Russia and the Middle East,” he added.

Speaking at the launch of the new service airBaltic Chief Executive Martin Gauss said “Riga is a dynamic city and the key business centre of the Baltic states.  We are excited to connect Dublin and Riga as it opens up connections not only to Latvia but also to our wider home region with Tallinn and Vilnius as well as many destinations in Scandinavia, the CIS and Middle East.”

airBaltic serves over 70 destinations from Riga, Tallinn and Vilnius, offering the largest variety of destinations and convenient connections via Riga to its network across Europe, Scandinavia, the CIS and the Middle East.

The airline is one of 23 new routes and services starting at Dublin Airport this summer.