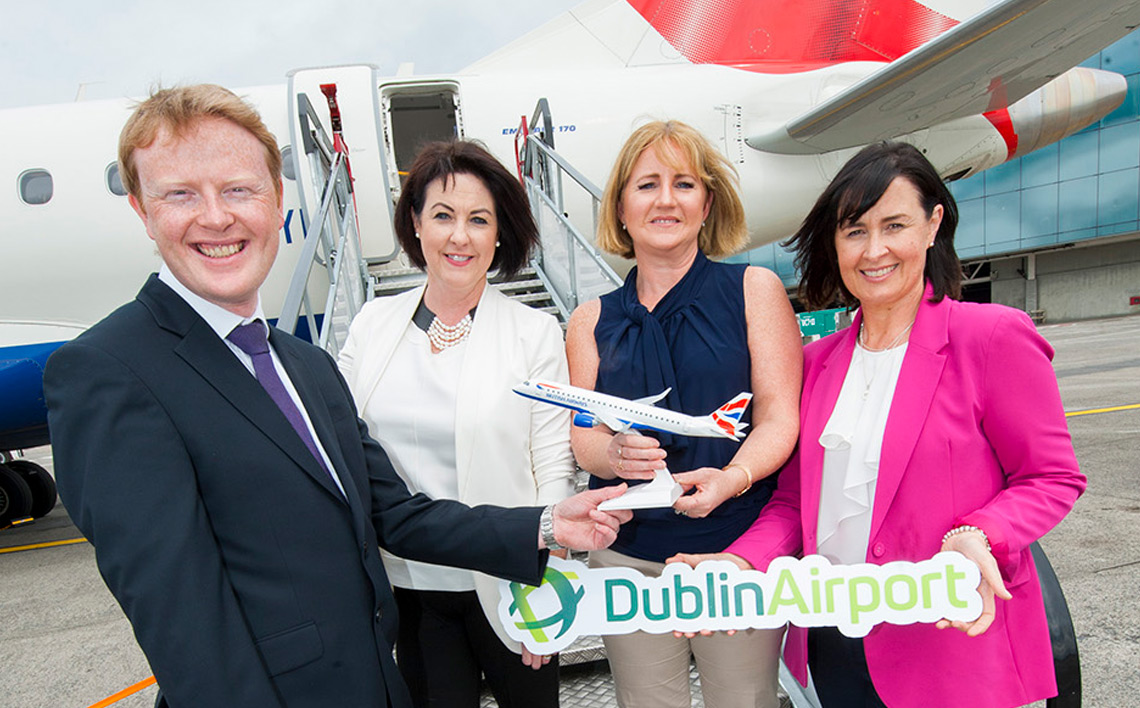 Dublin Airport is delighted to welcome the launch of British Airways’ new weekly service to Manchester.

“Manchester is a city known for being unique and eclectic with plenty of restaurants, shops and museums for visitors to enjoy, so our new flight is ideal for travellers looking to take a short city break.

“The new route will run from 18th May until 30th September and flights will be on sale on Ba.com from €30 / £33 each way and we hope to welcome many Irish passengers on our flight to Manchester over the coming months.”

In addition to the new Manchester route, British Airways also operates flights from Dublin Airport to London Heathrow and London City airports. From Heathrow BA customers have access to an extensive global network of over 140 destinations worldwide, catering for both leisure and business travellers.

The airline will operate its new route with an Embraer 190, a 98 seater jet offering business and economy class, departing Dublin at 21.20 every Friday and returning on Sunday at 08.55 until September 30.

British Airways’ new Manchester route is one of 14 new services starting from Dublin Airport this summer.

More than 8.7 million passengers have travelled through Dublin Airport in the first quarter of this year, which is a 4% increase compared to the same period last year.

Dublin Airport will have flights to 195 destinations in 42 countries, operated by 56 airlines this summer season.