Busiest August Ever At Dublin Airport 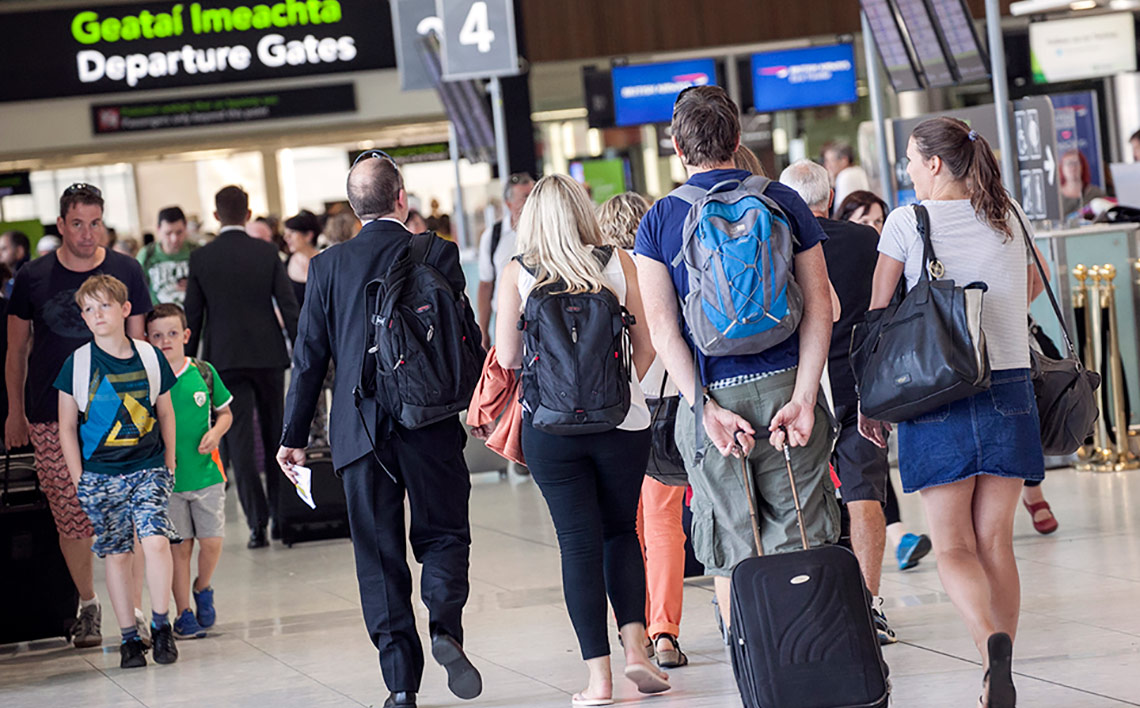 Passenger numbers increased by 6% last month helped by the introduction of 14 new routes over the summer period and extra capacity on more than 50 existing services. August was the second consecutive month that Dublin Airport has welcomed more than 3.2 million passengers.

Passenger volumes to and from continental Europe, which is the largest sector of the market, increased by 6% in August, with more than 1.7 million passengers travelling to and from European destinations during the month.

The number of passengers travelling to and from UK destinations in August remained static when compared to last year, with almost 927,000 passengers taking flights to and from the UK during the month.

The number of passengers using Dublin Airport as a hub to connect to another destination has increased by 17% in the first eight months of the year, with almost 1.2 million passengers transferring at Dublin so far this year.