Busiest Christmas Ever At Dublin Airport 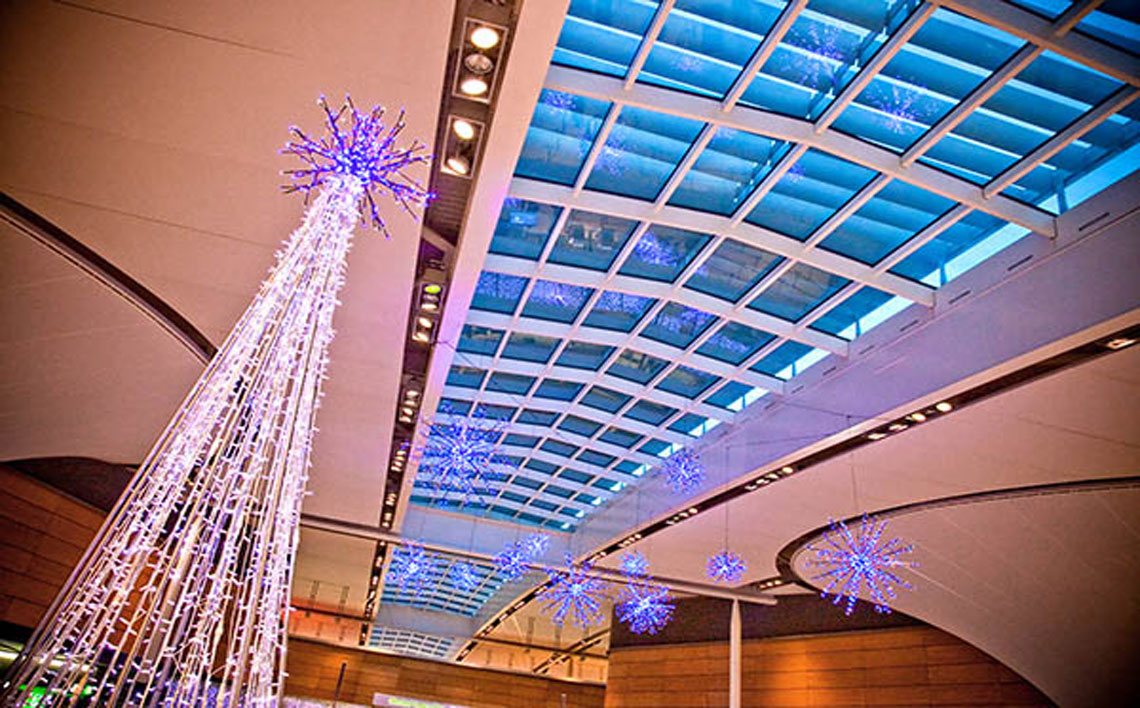 Dublin Airport will have its busiest Christmas season on record this year as just under one million people are expected to arrive and depart during the festive season.

From Friday, December 23 to Friday, January 6, 2017 an expected 978,000 people will travel through the Dublin Airport.  The numbers travelling this year are up 8% compared to the same period last year.

“Dublin Airport is a truly magical place at Christmas time with many wonderful, emotional family reunions at arrivals in Terminal 1 and Terminal 2,” O’Donnell added. “We’ve had a number of Christmas marriage proposals, and every year we have grandparents seeing their grandchildren in the flesh for the first time – whether that be Irish emigrants returning home or people from overseas visiting their family here. Increasingly, those waiting to meet their loved ones at Dublin Airport are entering into the spirit of Christmas by dressing up and making signs to welcome family and friends.”

Once again, the Dublin Airport campus and terminal buildings have been decorated to give a special atmosphere to the airport over this festive season. The terminals are decked with 100,000 led lights, which use significantly less electricity than traditional lighting, more than 100 Christmas trees, 500 snowflakes/stars and 20 festive displays.

Dublin Airport has also booked more than  30 musical groups from local schools and choirs to perform in both terminals in the days leading up to Christmas bringing a true Céad Míle Fáilte to the many people coming home for the Christmas Holidays and to those visiting Ireland from overseas for the holiday season.

To join in the festive spirit, Ryan Tubridy’s RTE Radio One programme and 2FM’s Eoghan McDermott will broadcast live from the airport on Friday, December 23 from 9am and 4pm respectively. TV3 has also been filming its Coming Home for Christmas documentary at the airport.

Dublin Airport will close on Christmas Day – the only day on which it closes every year - however a number of staff members will remain on duty including the airport’s emergency fire services.  Flight operations will cease on Christmas Eve after the last flight departs at 22.50 to Chisinau with Air Moldova and will resume on St. Stephen’s Day when Aer Lingus’ EI 104 from New York lands at 5am.

To help passengers have a smooth journey through the airport this Christmas season, Dublin Airport has produced a short information film HERE and also has the following key tips:

1. PASSENGERS SHOULD CHECK WHICH TERMINAL THEY ARE DEPARTING FROM

EU aviation liquid regulations are still in place so passengers are reminded to pack gifts in bottles or containers measuring more than 100ml into their checked in luggage. Details can be found on www.dublinairport.com.

Passengers are also reminded not to carry sharp objects in their hand-luggage, such as, scissors, nail files, blades, corkscrews, cutlery or other sharp objects of any description.  These objects should be packed into checked in luggage.  Christmas crackers may be brought through the passenger security screening area provided the novelty gifts inside are not sharp/prohibited items.

If you are planning to bring Christmas gifts by air this festive season Dublin Airport is asking passengers not to gift wrap presents.

"Many passengers take a lot of care and time to wrap Christmas gifts for family and friends overseas. We would ask them not to wrap these gifts otherwise they may be disappointed if they are requested to open them at the passenger security screening area," said Dublin Airport’s Siobhan O’Donnell.

Passengers should plan to arrive in the terminal building at least 90 minutes before their flight departure time irrespective of whether they are checking in online or at the airport.  Passengers flying long-haul are advised to consult their airline's website for check-in times.

Finally, passengers travelling this Christmas season are also advised to allow extra time to get to the airport in the event of road congestion to ensure they comply with check-in and airport security regulations.

“Dublin Airport will have additional Customer Care staff on duty over the Christmas season to ensure passengers have an efficient and smooth journey through the airport, but we’d also ask passengers to prepare for security screening by removing their outer jacket, belts, keys, coins and laptops from cases so that security searches are kept to a minimum,” Ms O’Donnell said.