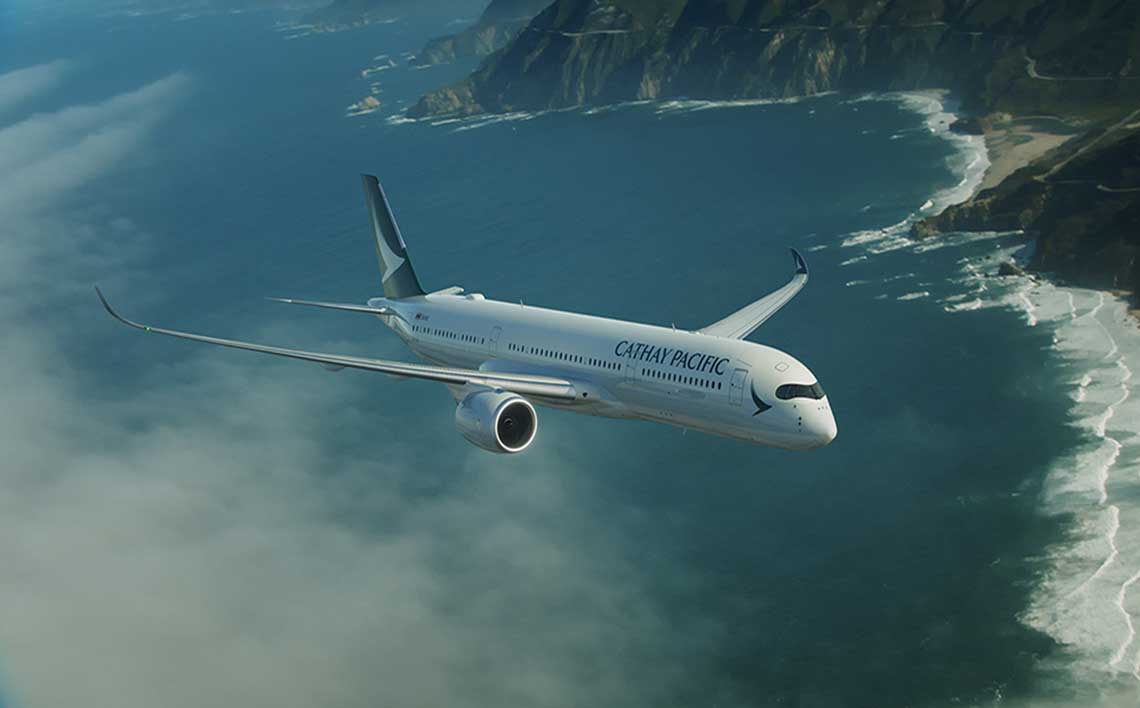 Cathay Pacific has announced that it will operate a new direct Dublin-Hong Kong service four times per week from next June.

The new year-round service will be Dublin Airport’s first ever direct route to the Asia-Pacific region and is a major milestone for the airport and the entire Irish economy.

“We are thrilled to welcome Cathay Pacific to Dublin Airport and to Ireland,” said Dublin Airport Managing Director Vincent Harrison. “Dublin Airport is competing for routes like this with other major European airports, so winning this new business is hugely positive news for Ireland, for foreign direct investment, for Irish exporters, and for inbound tourism,” he added.

“We’re excited to offer the only direct flights between Hong Kong and Dublin, said Cathay Pacific Chief Executive Officer Rupert Hogg. “Dublin is a fantastic destination and attracts business and leisure travellers from the world over. We listened to our customers’ demands for more options and greater flexibility and have responded by building direct air links with this great city.”

Winning the landmark new route was a collaborative effort over several years that included a wide range of other bodies, according to Mr Harrison. “We would like to thank the Irish Embassy in China, the Consulate in Hong Kong, our colleagues at Tourism Ireland and other key stakeholders such as IDA Ireland, Enterprise Ireland and Bord Bia.”

Trade between Ireland and China is worth more than €8 billion per annum and almost 100 Irish firms have operations in China, employing a total of 100,000 people there.

Currently about 40,000 people per year travel between Dublin and Hong Kong, but this is expected to grow with the opening of the new direct service. An estimated 4,000 Irish people live in Hong Kong, according to the Irish Embassy in China.

The Dublin flight will arrive in Hong Kong early in the morning local time, providing a wide range of connecting options with flights to mainland China, Japan, Korea, South-East Asia and Australia on the Cathay Pacific and Cathay Dragon networks.

Cathay Pacific will operate the new Dublin-Hong Kong service with an Airbus A350-900 aircraft in a three class configuration. Starting June 2, 2018, the route will operate on Mondays, Wednesdays, Thursdays and Saturdays.

Cathay Pacific, which is part of the oneworld alliance, has flights to 197 destinations in 48 countries and territories. It operates a fleet of 144 aircraft with orders for a further 53 aircraft for delivery until 2024. Its short-haul subsidiary Cathay Dragon flies to 56 destinations in mainland China and other Asian countries.

The planned flight times for the new Hong Kong route are as follows (all times local):

More than 16.9 million passengers have travelled through Dublin Airport in the first seven months of the year, which is a 6% increase on the same period in 2016. The airport set a new traffic record in July when it welcomed more than three million passengers in a single month for the first time ever.