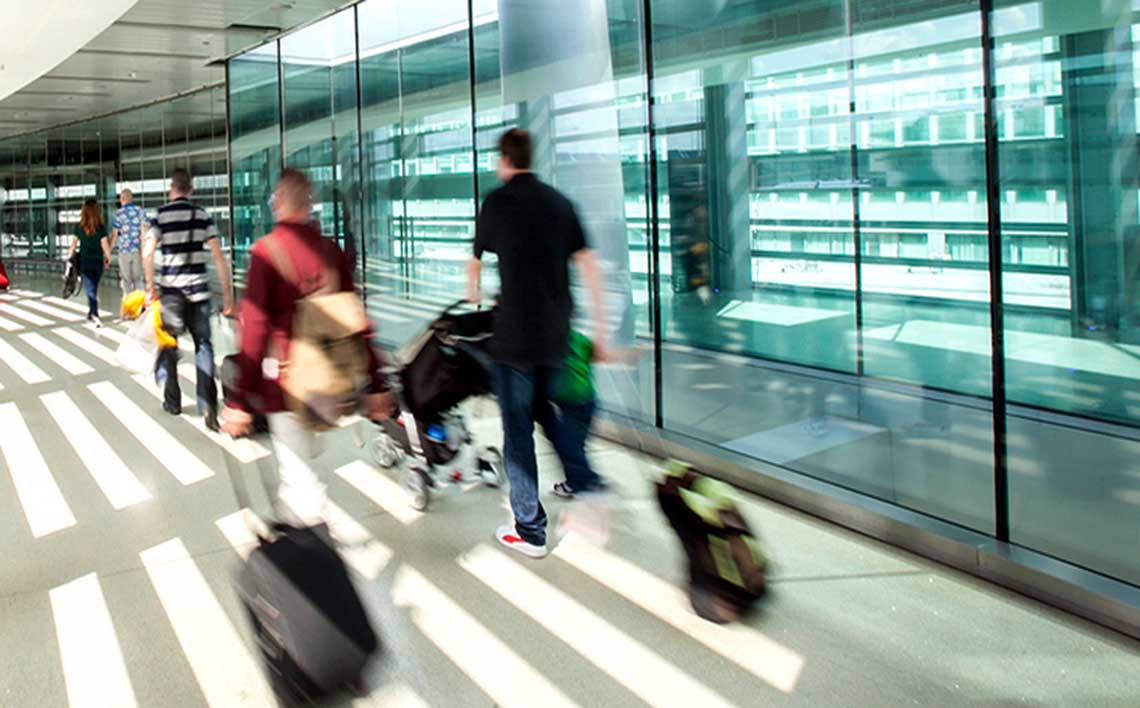 Share
Dublin Airport’s current low charges model is delivering for passengers, for airlines and for the Irish economy

daa is extremely concerned at the proposal from the Commission for Aviation Regulation (CAR) to reduce airport charges at Dublin Airport by more than 22% over the next five years.

The draft pricing determination is fundamentally flawed and does not take account of the current reality at Dublin Airport. The reduction in airport charges being proposed by CAR is unjustified and risks creating stagnation at Dublin Airport, as it will jeopardise the investments in new facilities that are required to cope with growing demand.

“CAR’s flawed proposal is absolutely not in the best interests of passengers, airlines or the wider Irish economy,” said daa Chief Executive Dalton Philips. “The most pressing issue at Dublin Airport isn’t our charges, which are already low, it’s about investing for Ireland’s long-term future and CAR’s proposal won’t allow us to do that.”

daa will make a formal submission to CAR over the coming months to challenge the flaws and the incorrect assumptions within its draft determination.

Dublin Airport is already a value for money airport, with charges that are 30-40% cheaper than its European peers. Dublin Airport is also an efficient airport, with operating costs per passenger that are in line with its European peers. CAR has proposed reducing the €9.65 price charged last year and upon which daa consulted on its capital plan and made its submission, to €7.50. This unwarranted 22% decline in prices would take effect next year and will apply until 2024.

“Dublin Airport’s low charges model is working and is delivering for airlines, for the travelling public and for the Irish economy,” Mr Philips said. “The numbers don’t lie: Dublin Airport welcomed a record 31.5 million passengers last year; there has never been more competition between airlines and consumers have never had so much choice,” Mr Philips added.

The huge increase in passenger traffic at Dublin Airport in recent years has created the need for a major capital programme to build the infrastructure required at Ireland’s main international gateway. Following extensive consultation with its airline customers, daa had planned a €1.8 billion capital programme, including a €1 billion investment in new capacity.

daa had proposed to deliver this investment programme, which is the largest in its history, by keeping charges broadly flat at about the €9.65 level - which was charged in 2018 - for the next five years and at no cost to the Irish State, as daa is not funded by the Exchequer.

“This was an entirely reasonable proposal, which is probably unprecedented in the history of economic regulation – a €1.8 billion investment programme in return for flat charges that are already 30-40% cheaper than the market,” Mr Philips said.

CAR’s proposal to reduce airport charges by 22% puts this entire investment programme in doubt as a price of €7.50 will not enable daa to fund the required spend on new infrastructure. CAR’s decision runs the risk of stifling Ireland’s global connectivity at a time when it should be maximised.

“Investment in new facilities is what our airlines want, what our passengers are demanding and what is urgently required by the Irish economy,” Mr Philips said. “There is no point in CAR saying that it approves all of the projects in our capital investment programme, while simultaneously refusing to properly fund the investment,” he added.

“Ireland is an open economy, which depends on foreign direct investment, trade and tourism. Brexit creates unprecedented uncertainties for the Irish economy and in that context, we should be investing at Dublin Airport and improving and deepening Ireland’s links with the world.”

daa’s proposal to invest to expand the airport to 40 million passengers per year was in line with the Government’s National Aviation Policy which recommends the continued expansion of Dublin Airport to open new markets for Irish tourism and trade, and the further development of Dublin Airport as a hub.

CAR’s decision to propose a level of airport charges that will not fund the required investment risks stagnating proper development and returning Dublin Airport “back to the dark days of the noughties when its facilities could not cope with the number of passengers that were using the airport,” according to Mr Philips.

Contrary to CAR’s claim, there is no evidence whatsoever that any reduction in charges at Dublin Airport will be passed onto consumers in the form of lower airline ticket prices. CAR’s pricing proposal would therefore result in a €375 million transfer of wealth from the State, which owns daa, to international airline shareholders over the next five years.

Any profits generated by Dublin Airport are used to fund investments in new infrastructure for the benefit of the Irish economy or to pay dividends to the State.

Dublin Airport is also winning major international awards for the quality of its customer service. It was recently named the joint best airport in Europe for 2018 in its category (25 million-40 million passengers) alongside Oslo Gardermoen and Zurich airports.

One of CAR’s suggested plans for cost reduction at Dublin Airport over the next five years is to replace front-line staff with more signs. “Investments in signage should reduce staffing requirements,” CAR’s consultants argued in a report.

“This logic is totally flawed,” according to Mr Philips. “Our passengers – whether they are Irish-based or visitors - want staff in place to help them rather than more signs.”

CAR is now holding a public consultation on its draft determination and will issue its final pricing decision for 2020-2024 in the autumn.

Dublin Airport is an Efficient Airport