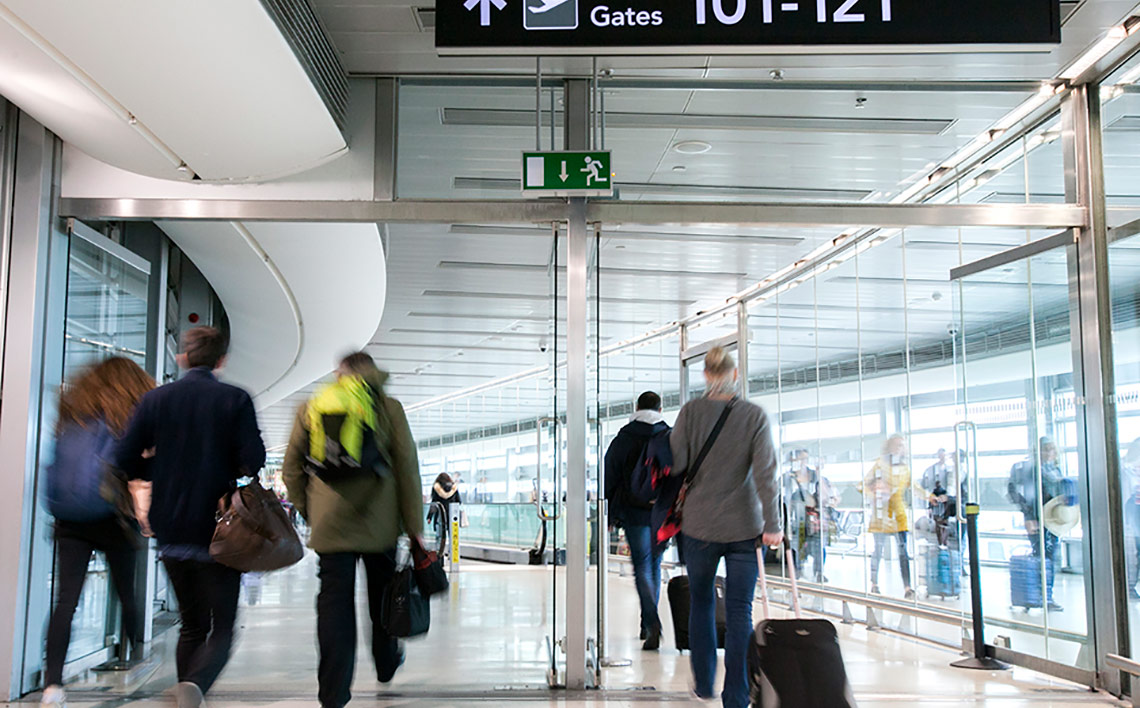 Dublin Airport is taking part in a trial that uses biometrics to help passengers seamlessly travel between two airports.

The trial, which is being undertaken by Dublin Airport, Bristol Airport and an airline partner, is thought to be the first biometric trial that enables passengers to use the same biometric system at their departure and arrival airports and with their airline.

The public trial, which passengers can opt for voluntarily, will start in Dublin next month and uses technology developed by the US company Collins Aerospace, whereby a single sign up identification process streamlines the passenger’s outbound and return journey.

A passenger who opts into the SelfPass process will have the biometric data from their passport securely stored which will help speed up the passenger journey. The biometric information is used at self-service check-in and is linked to their boarding card and their self-drop bag tag. Using facial recognition technology their image is checked at the boarding gate and is cross referenced with the boarding card information automatically, which means they don’t have to present any documents at the gate.

“We are really pleased to be an early adopter of this new technology designed to further enhance the experience for both our passengers and our airline customers at Dublin Airport,” said Frances O’Brien, Vice President of PMO for daa. “We are delighted with the early progress of the trial in testing so far and we look forward to extending the technology to a wider audience, including passengers travelling to the US in the coming months,” she added.

“Dublin and Bristol airports are changing the way passengers travel and making the process easier and more efficient,” said Christopher Forrest, Vice President of Global Airport Systems for Collins Aerospace. “For example, it takes less than one second to capture and process a passenger’s facial image and eliminates the need to repeatedly present travel documents,” he added. “We see this as another major leap forward for our biometric technology to play a key role in making the connected aviation ecosystem a reality.”

Collins Aerospace, which is based in Maryland and is part of the United Technologies Corporation, was created last year by bringing together UTC Aerospace Systems and Rockwell Collins.