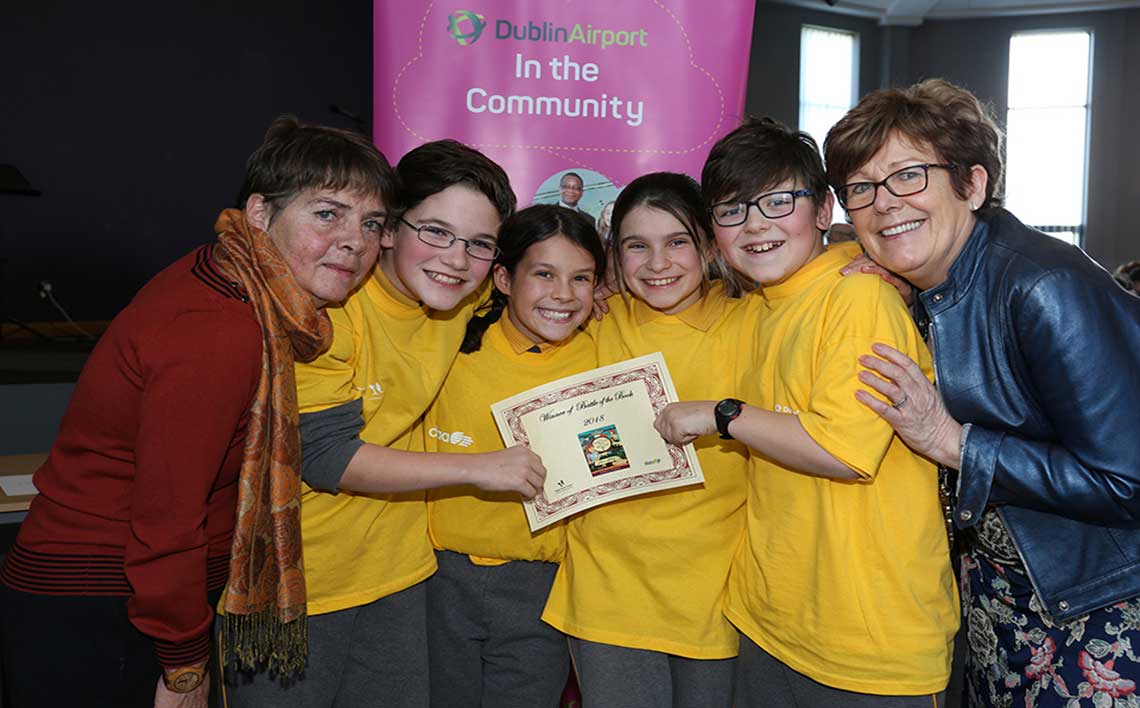 More than 180 children from six schools in the Fingal region gathered in the Riasc Centre, Swords to attend the final day of The Battle of the Book reading initiative, sponsored by Dublin Airport and organised by Fingal Libraries.

The Battle of the Book is a reading programme designed for primary school children aimed at encouraging them to read more, by using a multi-disciplinary interactive approach that includes drama, art, creative writing and an active competition element between the different schools.

The final day of the initiative was a competition quiz event between all six participating schools based on the students’ knowledge of this year’s book 'The Irish Civil War 1922-23: Ava’s Diary' and its author Patricia Murphy.

“We are proud to sponsor this fantastic educational initiative,” said Dublin Airport Community Liaison Manager Maura Cassidy.  “This is our fifth year to sponsor The Battle of the Book and we’re delighted to help Fingal Libraries to give local school children a great appreciation of the joy of reading,” she added.

“Congratulations to St. Marnock’s School in Portmarnock on winning the competition and to all the children who participated in the event.  The detailed knowledge of the book and its author presented by all of the students in the competition was impressive,” Ms. Cassidy said.

Mayor of Fingal, Cllr Mary McCamley said the initiative has been a great success and provides immense enjoyment among the participating pupils.  “Programmes like Battle of the Book are a brilliant way to introduce children to reading at an early age. Doing this as part of a group also adds a social element as they work together and interact as they learn.”