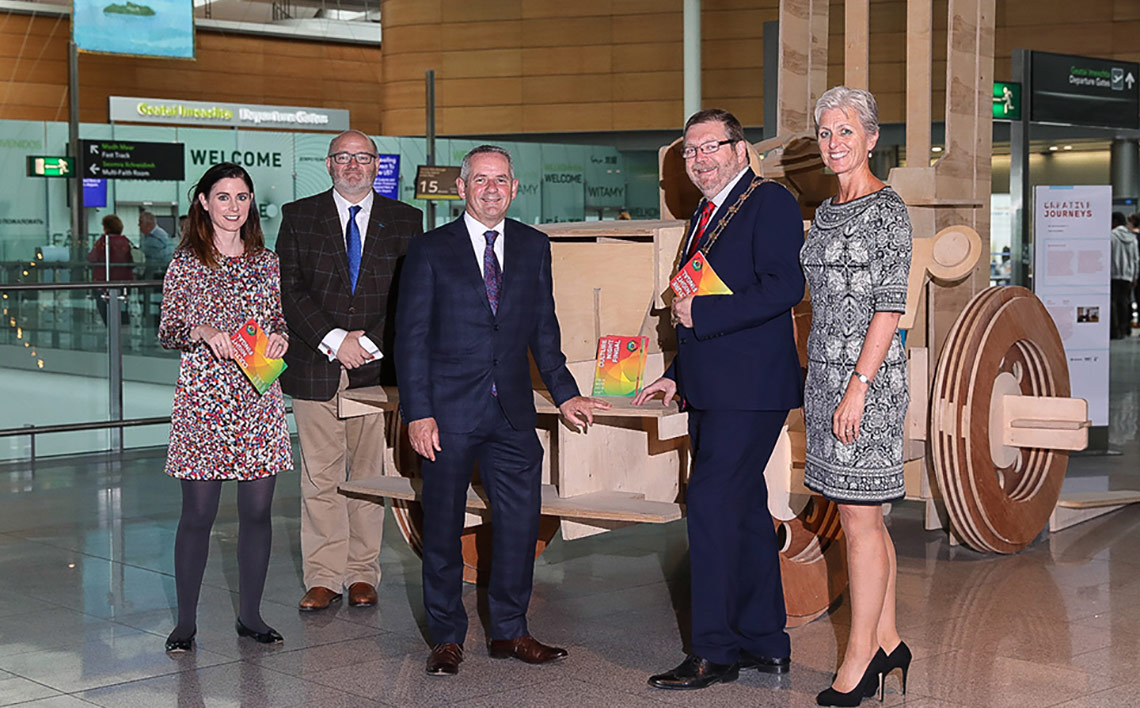 This is the first time that Dublin Airport has participated in Culture Night and the events are taking place as part of Fingal County Council’s extensive programme to celebrate Irish culture, creativity and the arts.

Talks on Dublin Airport’s history, a live performance by Comhaltas Ceoltóirí Éireann Port Mearnóg and installations from part of the airport’s Creative Journey’s partnership with the National College of Art and Design (NCAD) will form part of Dublin Airport’s Culture Night programme.

The two talks on ‘A Brief History of Dublin Airport’ – at 6.45pm and 8pm in Check-In Area 14 in Terminal 1 -  will offer an insight into Ireland’s busiest airport from its modest beginnings right up to the present day.

“The history of Dublin Airport is a fascinating reflection of the social and economic development of Ireland itself, according to daa’s Chief Communications Officer Paul O’Kane who will give the talks on Culture Night.

Dublin Airport opened as a commercial airport in January 1940 but its roots can be traced to World War 1 and the British Royal Flying Corps’ Collinstown Aerodrome.

“In the uncertain war-time period of the early 1940s, Dublin Airport opened for business with two flights per week to Liverpool. Since then, Dublin Airport has expanded to become a 30 million passenger a year global transport hub and now has connections to 195 destinations worldwide in 42 countries,” O’Kane said.

Admission to the talks is free, however seating is limited so guests are encouraged to arrive early.

Celebrating Irish music, Comhaltas Ceoltóirí Éireann Port Mearnóg, which is funded in part by the Dublin Airport Community Fund, will perform live in the Arrivals Hall of Terminal 1 from 7pm to 9pm.

Guests will also be able to view two installations that form part of Dublin Airport’s Creative Journey’s partnership with NCAD. Philip Napier’s Amenity 1 and 2 in Terminal 2 Departures and Show reels, an audio-visual installation on the Mezzanine level in Terminal 1. For more information see www.culturenight.ie.

So far this year, more than 18 million passengers have travelled through Dublin Airport, which is a 6% increase over the same period last year.

Dublin Airport is having its busiest ever summer and is currently welcoming more than 100,000 passengers per day on a regular basis.