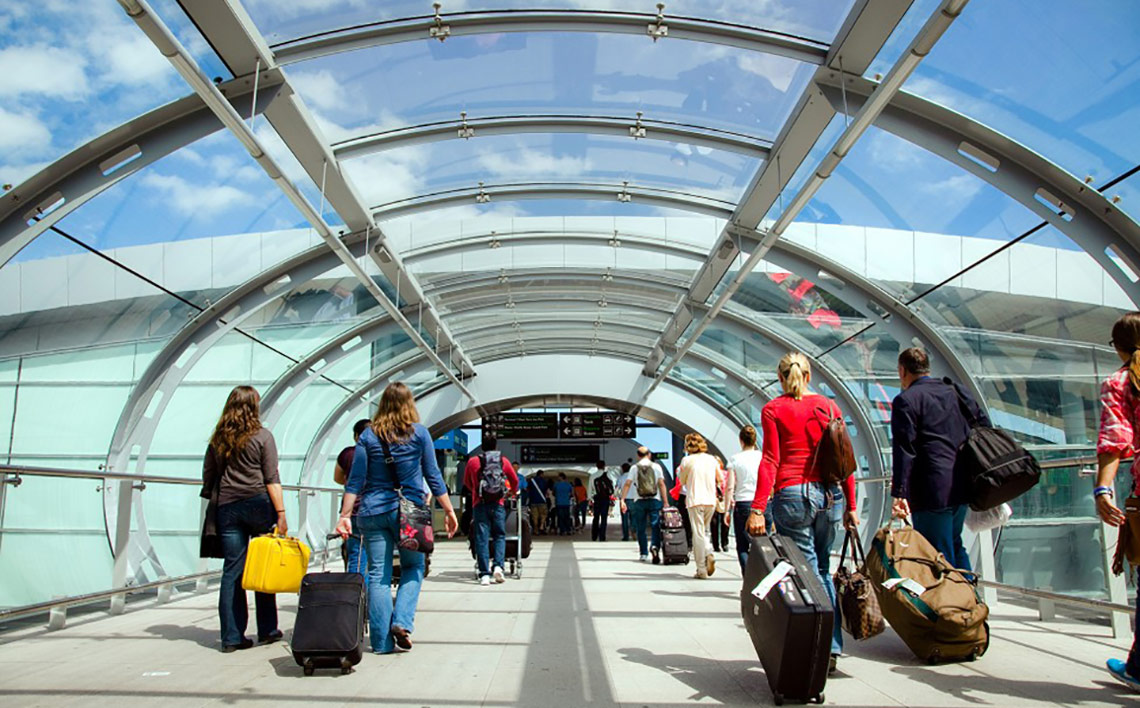 Dublin Airport was the 11th largest airport in the European Union last year, according to new data from Airports Council International (ACI) Europe.

Dublin Airport welcomed almost 31.5 million passengers last year, which means that more than five times the population of the island of Ireland passed through the airport during 2018. The new ACI data for passenger numbers across Europe shows that Dublin Airport is the now the 11th largest airport within the European Union and the 15th largest airport in Europe.

“Dublin Airport has grown in recent to become a significant player in the European aviation market,” said Dublin Airport Managing Director Vincent Harrison. “This added scale is good news for the economy throughout the island, as it enables Dublin Airport to compete at a higher level with other major airports to win new business and boost Ireland’s overall connectivity.”

“Eight years of consecutive passenger growth at Dublin Airport has had a hugely positive impact on Irish tourism, trade and foreign direct investment,” according to Mr Harrison.

Since 2014, passenger numbers at Dublin Airport have increased by 45% from 21.7 million to 31.5 million, making it one of the fastest-growing large airports in Europe during that period and moving into the top tier of European airports.

“To help meet the challenges of that growth and allow Dublin Airport to expand to handle 40 million passengers per year, we’re now planning a very significant investment programme to build a new runway, additional boarding gate areas, new aircraft parking stands and a wide range of other facilities.”

The heart of the plan is a €900 million capacity expansion programme and it also includes a €200 million investment in airfield works and an annual spend of about €120 on repair and maintenance and revenue generating projects. The investments will be made at no cost to the Exchequer, as daa is not funded by the State.

Airports in eastern and southern parts of the EU had the best passenger performance last year, along with those in Austria and Luxembourg. The weakest performing countries were Sweden, which has a new aviation tax, and the UK, where fears in relation to Brexit had an impact, according to ACI.

Dublin Airport has flights to almost 200 destinations in 43 countries, operated by 56 airlines. It will welcome 19 new routes this year including Calgary, Dallas-Fort Worth, Minneapolis-St Paul, Hamilton, Ontario, Kyiv, and Gothenburg.