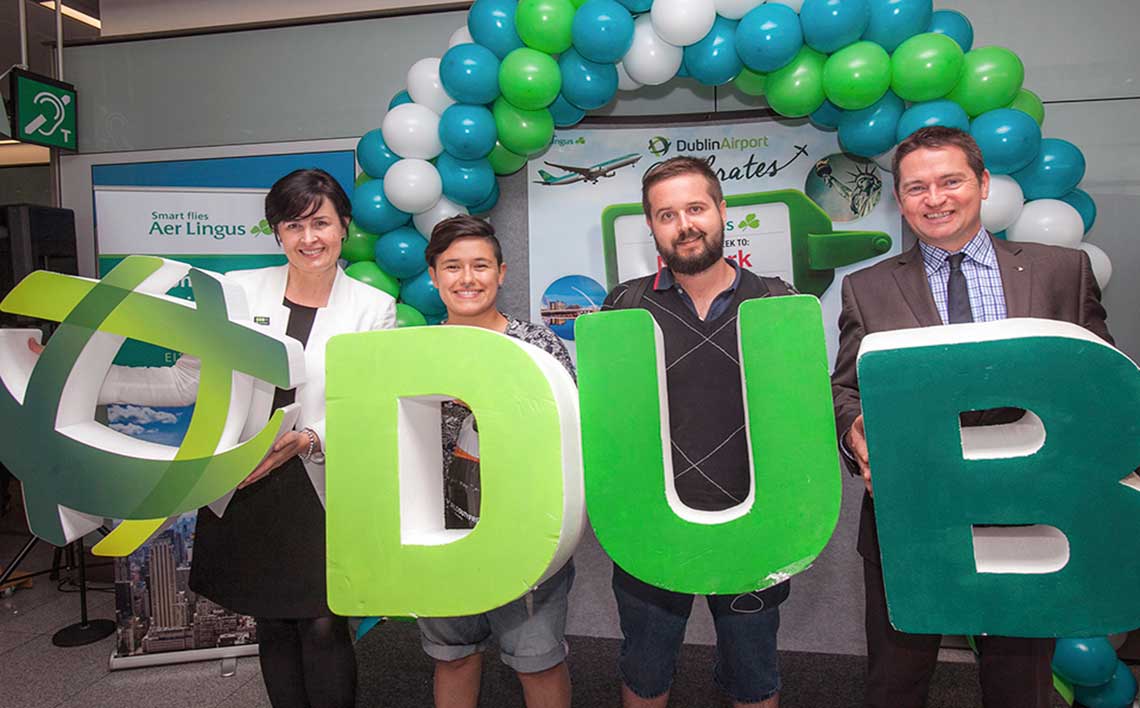 Aer Lingus will operate its new daily service to Newark on a year-round basis.

Dublin Airport Managing Director Vincent Harrison said the airport was delighted to welcome the second of Aer Lingus’ three new transatlantic services this year. “We have been growing our transatlantic traffic strongly at Dublin Airport and passenger numbers have grown by 62% on these routes between 2010 and 2015.

“We look forward to welcoming Aer Lingus’ new route to Hartford, Connecticut at the end of the month, providing further choice and flexibility for both business and leisure customers,” he added.

Dublin Airport currently has five airlines now flying over 280 times to and from 11 destinations in the US on a weekly basis, an average of 40 return flights daily.

Dublin now ranks 5th among EU airports for route frequency to North America, only Heathrow, Paris, Frankfurt and Amsterdam are ahead of Dublin Airport.

Declan Kearney, Director of Communications, Aer Lingus, said: “We are delighted to commence our new direct service from Dublin to Newark, New Jersey. Together with our daily services to JFK from Dublin and Shannon, Aer Lingus now offers customers a choice of up to four flights to New York each day and by the end of this month, Aer Lingus will operate 28 daily services across the Atlantic.

“While we continue to connect Ireland to the world, we now play an increasing role in connecting Europe to North America and aim to be the number one value carrier across the North Atlantic. On today’s inaugural to Newark, more than half our guests began their journey outside of Ireland, starting out from UK cities such as Newcastle, Edinburgh, London as well as European cities like Brussels, Paris, Dubrovnik, to name but a few.”

Passengers travelling on Aer Lingus’ new service to Newark will use US pre clearance facilities at Dublin meaning passengers save time on arrival in the US by completing all the necessary immigration and customs checks prior to departure.  The only queue a precleared passenger encounters on arrival in the US is the taxi queue to their final destination.

US precleared passengers can also avail of new lounge known as 51st & Green.  Here passengers can relax and enjoy spectacular views of the airfield which is located close to the threshold of runways 28 and 34.

Overall passenger numbers at Dublin Airport increased by 13% to just over 13 million during the first six months of the year.

The airport welcomed over 1.5 million extra passengers during the first half of 2016.