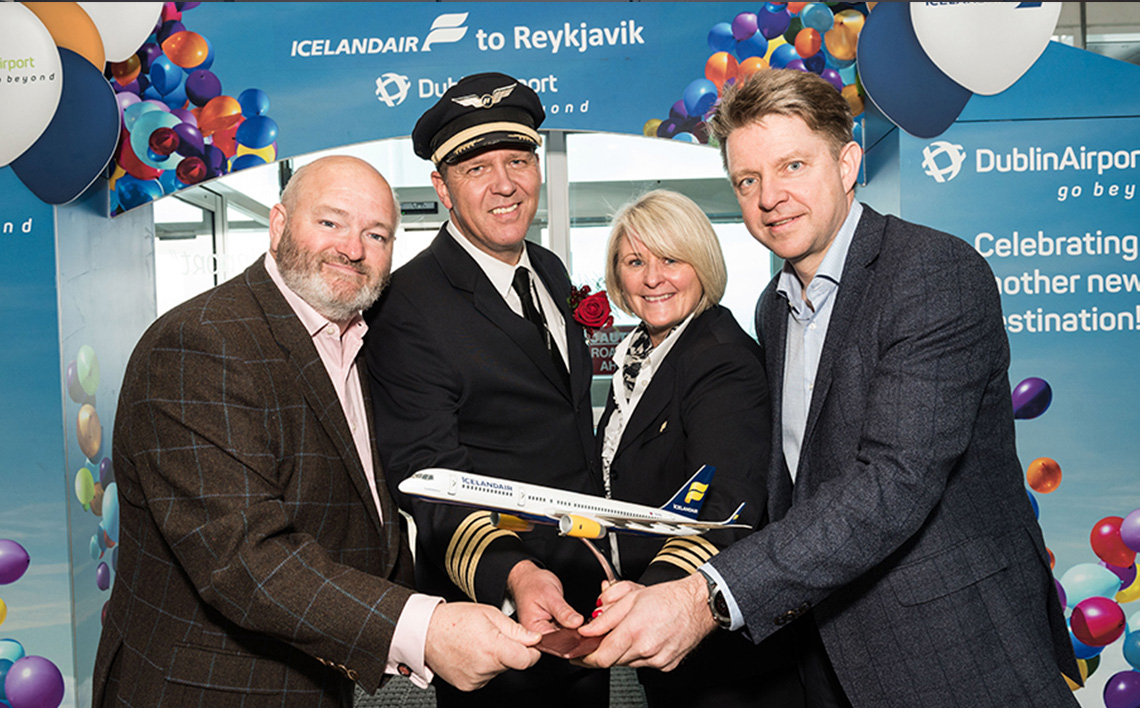 Dublin Airport is delighted to welcome the launch of Icelandair’s new six times weekly service from Dublin to Reykjavik, the capital of Iceland.

The new service will also have onward connections from Reykjavik to 20 cities in North America.

“We are thrilled to welcome Icelandair to Dublin Airport,” said Dublin Airport Managing Director Vincent Harrison. “Iceland is growing in popularity as a destination for short breaks and this new service expands connectivity to Iceland and also offer Irish customers an additional choice when travelling to and from North America via Iceland,” he added.

“The new route also provides North American based travellers with more options to get to Ireland, which is great news for the Irish tourism sector and the many businesses that it supports throughout the country,” Mr Harrison said.

Icelandair has been in operation since 1937 and celebrated its 80th anniversary last  year. The airline offers service to and from Iceland through its hub at Keflavik International Airport serving 20 destinations in North America and more than 25 destinations in Scandinavia, the UK, and continental Europe.

More than six million passengers have travelled through Dublin Airport in the first quarter of this year, which is a 4% increase compared to the same period last year.