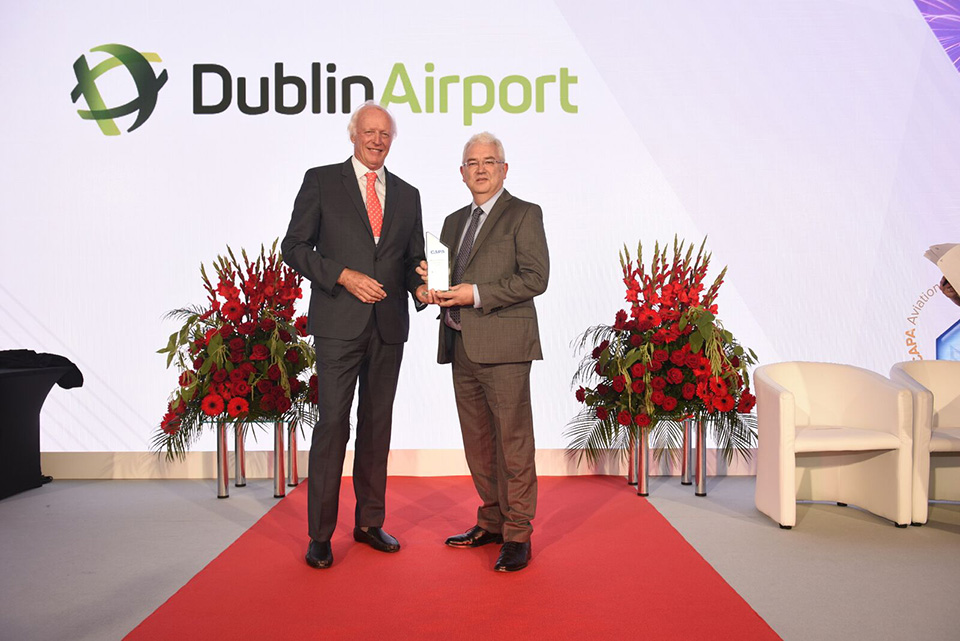 “This is a very significant achievement for Dublin Airport and for Ireland,” said Dublin Airport Managing Director Vincent Harrison. “Winning this award is a recognition of the excellent year that Dublin Airport enjoyed in 2016, as we welcomed 19 new routes, increased passenger numbers by 11% and continued to provide an award-winning customer service product,” he added.

“It’s a huge honour to accept this award on behalf of the entire team at Dublin Airport, including our staff, our airline customers, our commercial partners and the 27.9 million passengers that we welcomed last year.”

Dublin received its Airport of the Year Award at the 2017 CAPA-ACTE Global Summit in London last night. Now in their 15th year, CAPA’s Aviation Awards for Excellence are intended to reward airports, airlines, and individuals that are not only successful, but have also provided industry strategic leadership in an ever-changing aviation environment.

Award candidates were independently researched and short-listed by CAPA’s global team of analysts for performance over the past 12 months, and vetted by a small panel of independent industry experts.

"Through a strong trade presence and active business development strategies, Dublin Airport has been able to take advantage of its geographical position to become a true trans-Atlantic gateway between Europe and North America,” said CAPA’s Executive Chairman, Peter Harbison.

“Dublin’s growth over the past few years has been phenomenal and, while supporting new entrants like Norwegian, with Aer Lingus and Ryanair as its main customers, its growth potential is massive," he added.

In its citation, CAPA noted that Dublin Airport has “become a premier level hub,” and is competing directly with the major hubs across the continent. “A broad range of short and long-haul full service and low cost flights are available both to local passengers and those transiting it. Dublin has integrated its US immigration preclearance facility successfully and is working towards the implementation of a second runway and associated infrastructure works which will ensure its future prospects.”