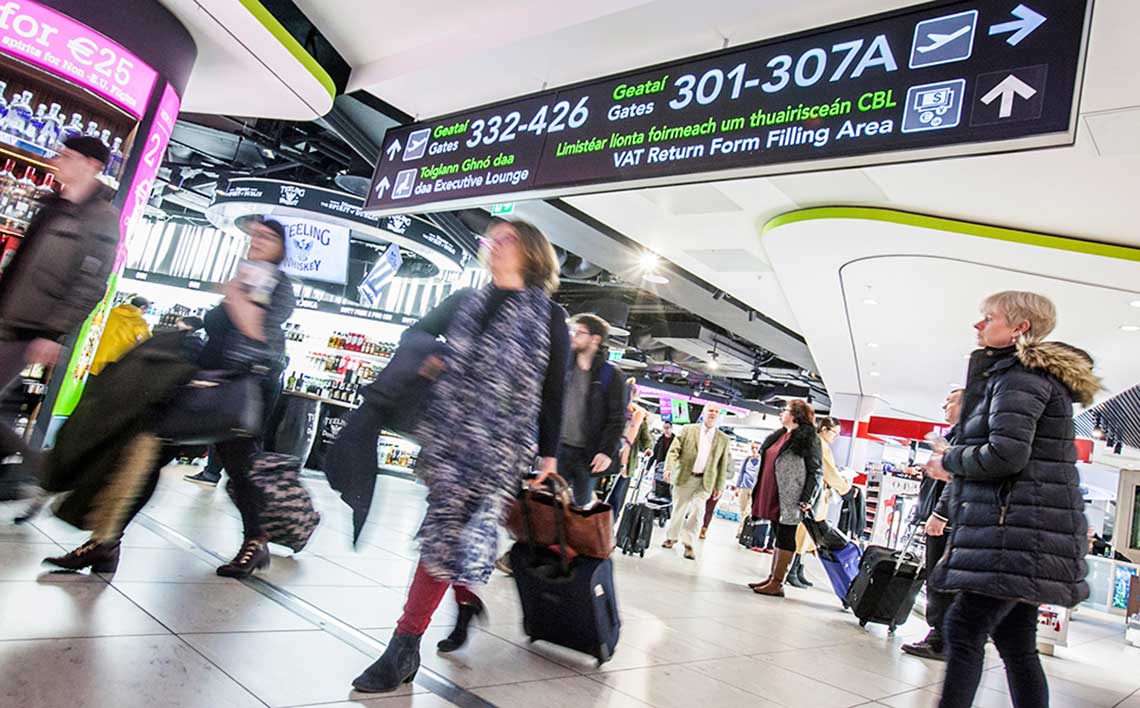 Dublin Airport has won a major international award for the quality of the customer experience that it provides to its passengers.

Dublin was the third best airport in Europe for customer service last year in a tie with Malta, Porto, and Zurich airports. Sochi and Moscow Sheremetyevo airports were awarded first and second places in Europe respectively in the awards.

The Airports Council International (ACI) World Airport Service Quality (ASQ) Awards are based on 600,000 passenger survey results in 84 countries that measure the key elements of a passenger’s experience at each airport. The ASQ Awards are presented to the airports whose customers have rated them the highest during the year.

“Winning this award is a fantastic achievement for everyone at Dublin Airport,” said Dublin Airport Managing Director Vincent Harrison. “What’s particularly pleasing is that this award is based on the view of our passengers and we’re always striving to offer them the best possible experience,” he added.

“Dublin Airport welcomed a record 27.9 million passengers last year, and we did so while maintaining our already excellent customer service standards. I am hugely proud of the Dublin Airport team that once again delivered such an excellent experience for our customers, and we’ll redouble our efforts to do even better this year,” Mr Harrison said.

ACI World Director General Angela Gittens said that Dublin Airport and the other award winners had dedicated themselves to “delivering a stellar customer experience” and “promoting a culture of continuous service improvement”.

ASQ is the only worldwide programme that surveys passengers at the airport on their day of travel. Every year it records about 600,000 individual surveys in 41 languages in 84 countries. The ASQ survey measures passengers’ views of 34 key performance indicators, including airport access, check-in, security screening, bathrooms, shops and restaurants. Each airport uses exactly the same survey, which creates an industry database that allows airports to compare themselves to other airports around the world.

Airports Council International (ACI), which is the only worldwide association of airports, has 592 member airport authorities which operate 1,853 airports in 173 countries.

Dublin Airport passenger numbers increased by 11% last year to a record 27.9 million, boosted by 19 new services, additional capacity on 31 existing routes and the arrival of four new airlines. Dublin Airport was the fifth largest airport in Europe for North American connectivity in 2016 after Heathrow, Paris, Frankfurt and Amsterdam. During the peak summer season, the airport had 48 flights per day to and from 12 cities in the United States and five Canadian destinations.

A major study by economic consultants InterVISTAS found that in 2014, Dublin Airport supported or facilitated a total of 97,400 jobs in the Irish economy and contributed €6.9 billion to the national economy.