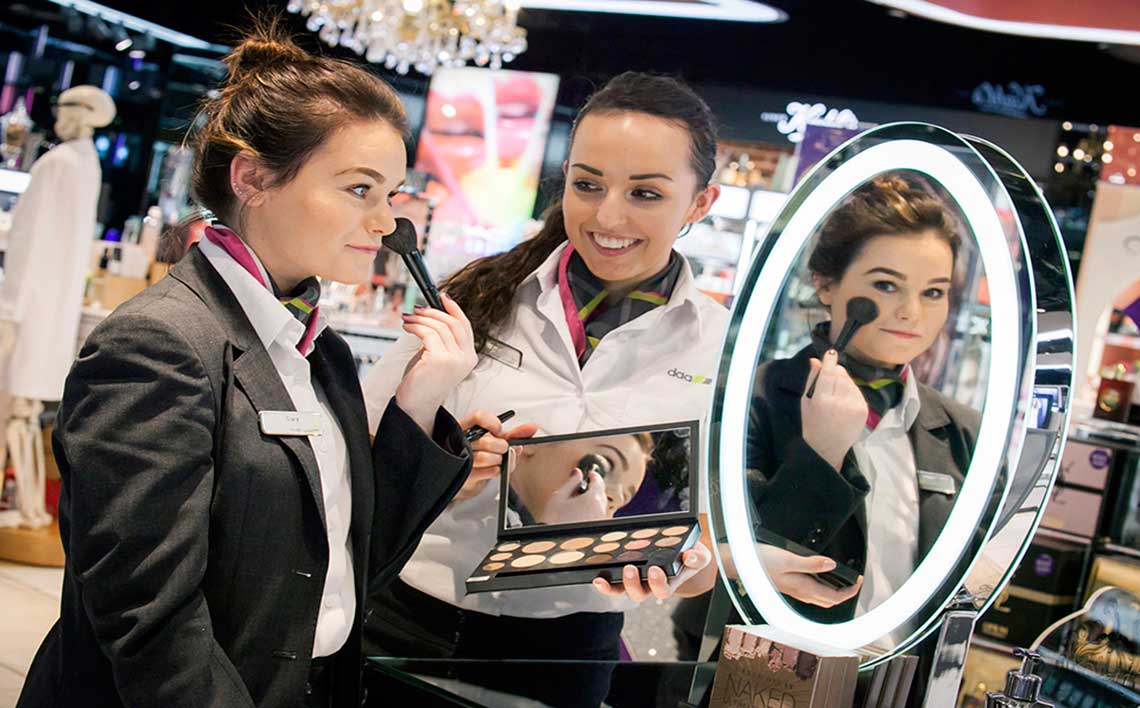 Dublin Airport’s T1 beauty outlet was voted best in the world in the Moodie Davitt Report Dreamstore Awards 2016, which are based on the views of the brand owners that supply the global airport retail sector. Other winners in the Dreamstore Awards included stores in Sydney Airport, Dubai Airport, Changi Airport and Hong Kong International Airport.

The Dreamstore Award is the third major international award for the re-developed airside retail area in Terminal 1 since it opened 18 months ago.

The Loop at T1 “delivered a stellar beauty showcase since the completion of an €8 million store investment in March 2015,” according to the Dreamstore Award citation. The T1 store was a “commanding number 1 in the category” and earned wide acclaim from suppliers”

To select the Dreamstore Award winners, major international brand owners were asked a range of questions including which stores best understood their customers, were the most innovative, adopted a partnership approach and added the most value to the travel retail experience.

Jackie McDonagh, Head of Retail at Dublin Airport said the airport was delighted that its perfume and cosmetics store had won a global award.

“This accolade is a huge honour for the Loop at Dublin Airport and for all of the team who work in the store and also to those who helped design and deliver our new perfume and cosmetics outlet. Our goal was to create a world-class airport shopping experience in T1 and the Dreamstore Award underscores our achievement.”

“This award is significant because it was earned in such a highly competitive category and is also particularly pleasing because it represents a resounding endorsement from our brand suppliers of the quality of the retail product on offer in Terminal 1.”

Terminal 1’s re-developed airside retail area opened in March 2015, and has won praise from both airport shoppers and the international travel retail trade. The state-of-the-art retail area, which comprises more than 18,300 sq ft of new and improved stores, showcases the best of Irish and international brands and offers consumers a radically improved shopping experience.

In the past 12 months the Loop at Terminal 1 has also won the Frontier Travel Retail Award for the Best Airport Retailer and the Speciality Concept of the Year at the same awards for its confectionery stores, Candy Cloud.

Other categories in the Dreamstore Awards 2016 included spirits, wine, fashion and accessories, confectionery and sunglasses.

Image above: Celebrating the best airport cosmetics and perfume store in the Dreamstore Awards are ARI Retail Assistants Ciara Dillon and Shauna Levins