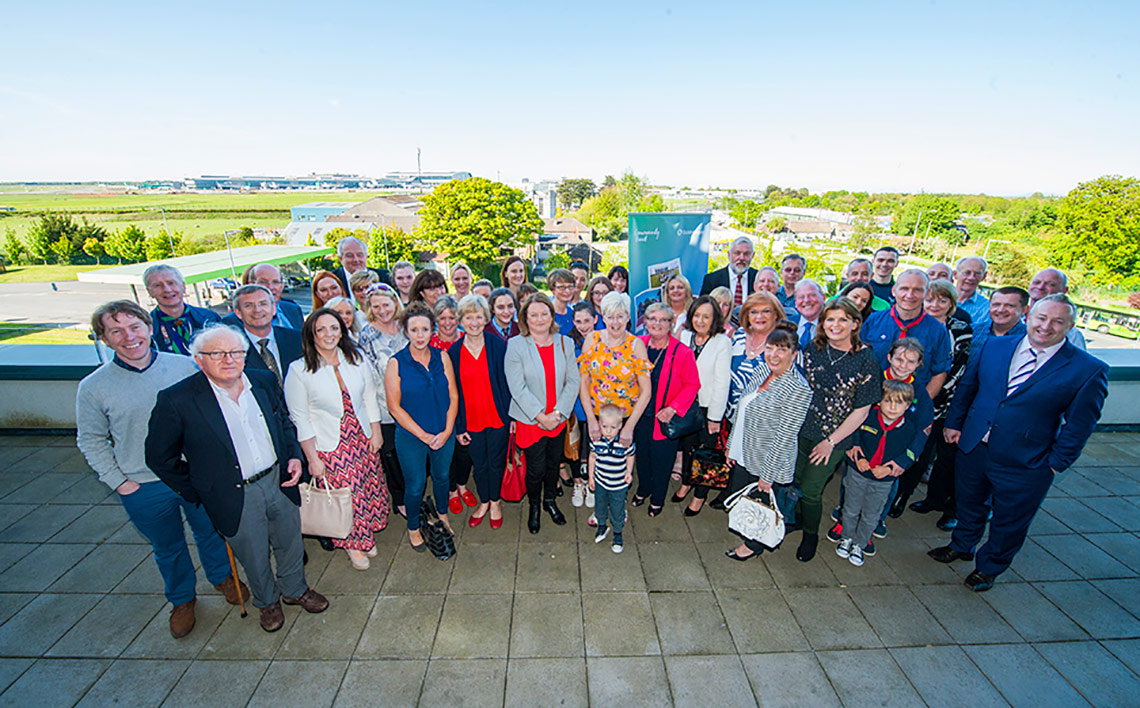 Forty community groups will share a total of €247,000 from the second round of allocations from Dublin Airport’s new €10 million Community Fund.

The organisations being funded include 32 successful applicants and eight groups which were previously supported by Dublin Airport in a multi-year agreement and are now backed by the Fund as part of a transition arrangement.

The Fund also supports up to 10 students per year from economically disadvantaged backgrounds to enable them to attend Dublin City University (DCU) via its Access Programme.

Dublin Airport’s €10 million Community Fund was launched in the summer of 2017 with an annual investment of €400,000 over 25 years. Support is focussed on areas such as environment and sustainability, sports and recreation, social inclusion and community development, health and wellbeing, and culture and heritage.

Dublin Airport Managing Director Vincent Harrison said he was delighted to see many new organisation submit applications for the second round of Community Fund allocations. “The response to the second round of funding has been fantastic with a total of 70 community groups submitting applications and 32 groups being granted funding in this period. The Community Fund gives us greater reach into our local communities and an even wider range of people and areas will benefit as a result.”

Among the projects being funded are: a game rehoming scheme in St. Margaret’s, an outdoor classroom and plane spotting space in Tyrellstown, Sea Scouting in Malahide and Indoor Bowling in Portmarnock.

For many years Dublin Airport has supported community initiatives in areas such as sports, education, literacy and the arts. Organisations and activities that have previously been supported include; St. Margaret’s GAA Club, Naomh Mearnóg GAA Club, Swords and Malahide Young Musician of the Year competitions and Fingal Libraries’ Battle of the Book reading programme.

Support for these initiatives is continuing as part of the transitional arrangement which will ensure that relevant funding is provided to maintain these projects up to September 2018.  Thereafter, all organisations will be required to apply for funding through the Dublin Airport Community Fund process.

Image above: Forty community groups will share a total of €247,000 from the second round of allocations from Dublin Airport’s new €10 million Community Fund.