July Was The Busiest Month At Dublin Airport 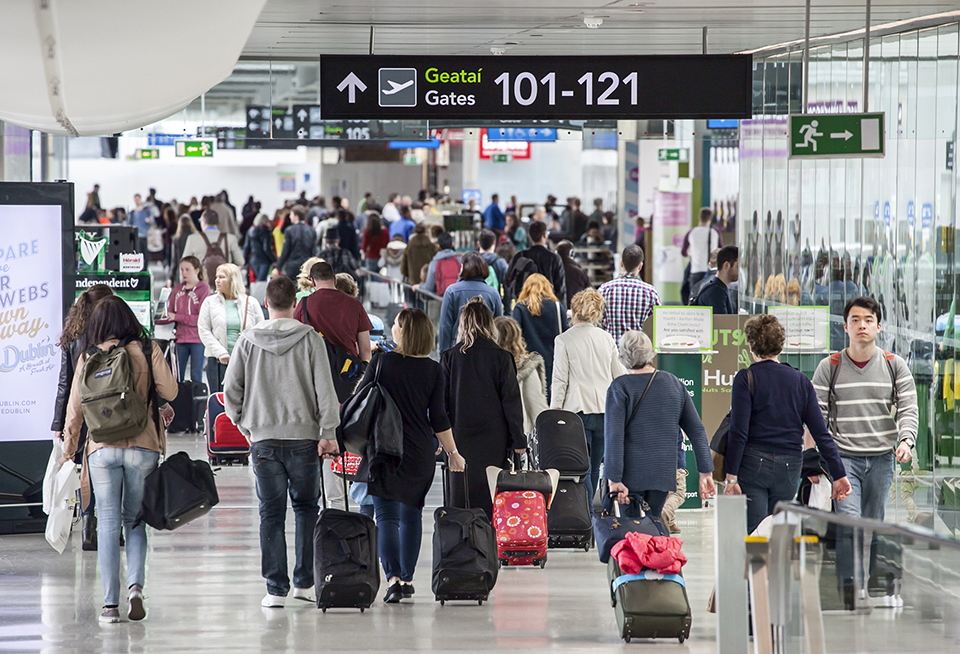 More than 2.9m passengers in one month

Dublin Airport recorded its busiest ever month in July when almost 3 million passengers were welcomed through the airport.

Passenger numbers were up 9% compared to July last year.

Almost 900,000 passengers took flights to and from the UK, which was a 13% increase on the same month last year.

Transatlantic traffic increased by 7% in July, as more than 343,000 people travelled between Dublin and North America during the month.

Other international traffic, which includes flights to the Middle East and Africa, declined by 3%, with 84,000 passengers travelling to and from these destinations in July.

The number of passengers on domestic flights increased by 4%, with more than 8,000 people taking flights within the Republic of Ireland last month.

In the first seven months of this year almost 16 million passengers have used Dublin Airport, which is a 12% increase on the same period last year.

The number of passengers using Dublin Airport as a hub to connect to another destination is up 19% in the first seven months of this year, with over 568,000 passengers connecting through Dublin Airport in that time.