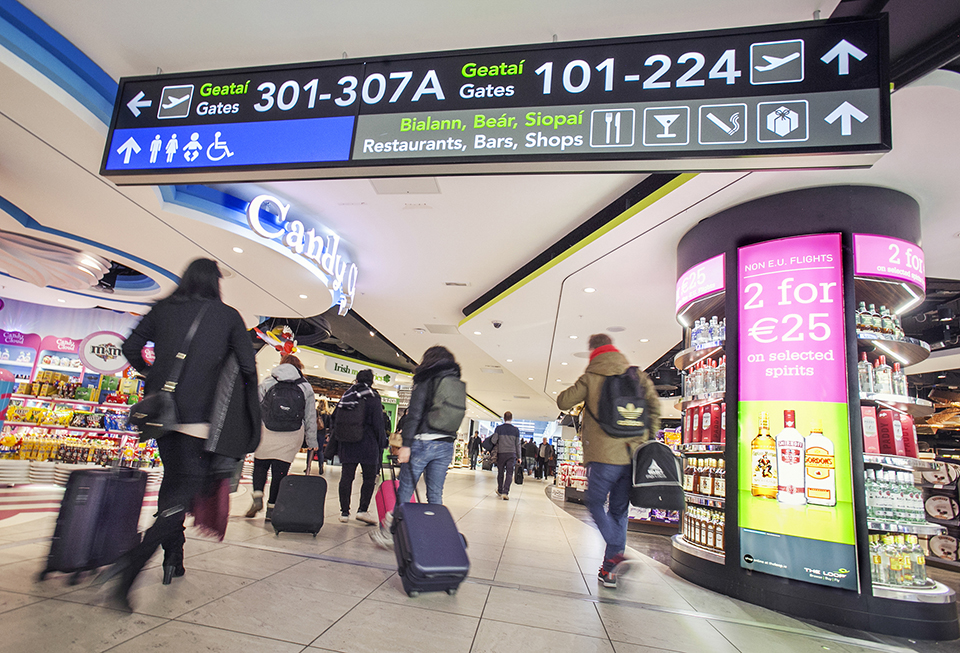 Almost 2.2 million passengers travelled through Dublin Airport in March, a 2% increase over the same period last year and a new record for the month.

Easter was in March last year which had an impact on the passenger numbers.

Passenger volumes to and from continental Europe grew by 2% with almost 1.1 million passengers travelling to European destinations.

UK traffic remained static when compared to last year with almost 854,000 passengers travelling to and from Britain in March.

Passenger volumes to and from North America grew by 14% with over 207,000 passengers travelling on transatlantic routes in March.

The number of passengers on domestic routes declined by 11%, as almost 7,000 passengers travelled this route sector last month.

Other international passenger traffic to the Middle East declined by 7% with almost 60,000 passengers travelling last month.

More than 5.8 million passengers have travelled through Dublin Airport in the first three months of the year, representing a 5% increase, or an extra 260,000 passengers, compared to the same period last year.