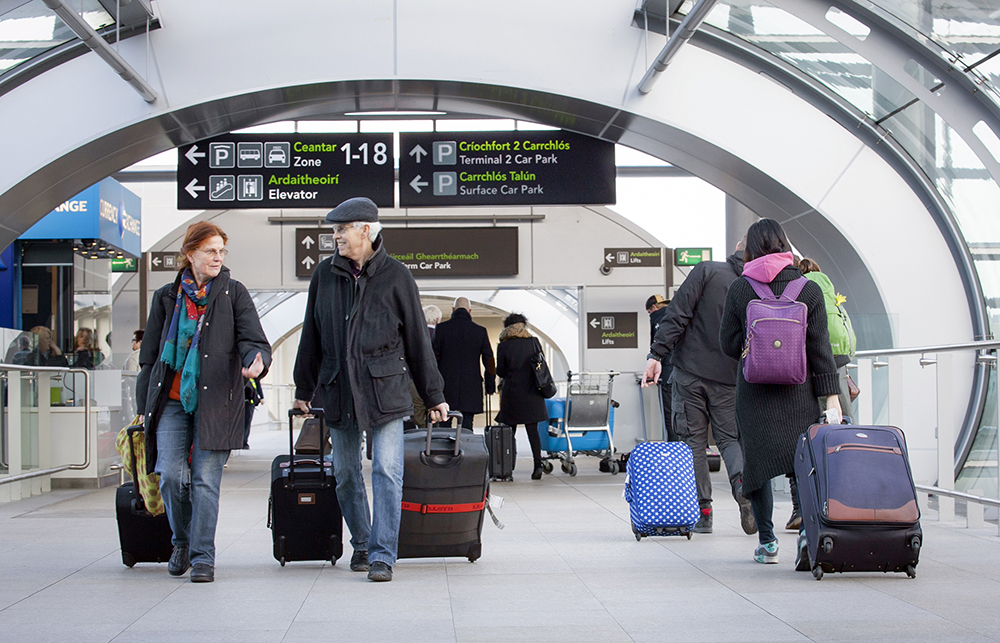 Passenger numbers at Dublin Airport increased by 11% to a record 27.9 million last year – more than four times the population of the island of Ireland.

Last year’s traffic performance exceeded the previous record, which was set in 2015, by more than 2.8 million passengers. The airport experienced significant growth across both its short-haul and long-haul networks last year.

“Dublin Airport had a very strong performance in 2016,” said Dublin Airport Managing Director Vincent Harrison. “We had double digit growth across all of our largest market segments and welcomed new routes and new airline customers,” he added.

Short-haul traffic, increased by 11% last year, as almost 24.3 million passenger took short-haul flights to and from Dublin, while long-haul passenger numbers increased by 12% to more than 3.6 million.

“The millions of extra passengers who passed through Dublin Airport in 2016 helped deliver a record year for Irish tourism,” according to Mr Harrison. “Significant additional connectivity at the airport also helps to boost business between Ireland and its trading partners and underpins increased foreign direct investment in Ireland,” he added.

The growth in passenger numbers in 2016 was due to expansion from almost all of Dublin Airport’s major airline customers, many of which enjoyed a record performance at their Dublin operation last year.

Passenger traffic to and from continental Europe, which is Dublin Airport’s largest market segment, increased by 11% to a record 14.2 million in 2016. The number of passengers travelling between Dublin and British destinations also reached record levels in 2016, as UK traffic increased by 12% to 9.9 million.

Transatlantic traffic was the fastest-growing segment of the market last year as a record 2.9 million passengers travelled between Dublin and North America, which was a 16% increase on the previous year. Passenger traffic to other destinations, mainly the Middle East and Africa, declined by 3% to 781,000 during the year, due largely to a reduction in capacity.

“Last year was the sixth consecutive year of traffic growth and in the period since the opening of Terminal 2 in 2010, Dublin Airport’s annual traffic has increased by almost 9.5 million passengers from 18.4 million per year in 2010 to 27.9 million in 2016.”

Nineteen new routes were introduced during the year and additional capacity was added on 31 existing services through extra flights or the use of larger aircraft. Three new airlines started operations at Dublin last year – Aegean Airlines, Cobalt, and Flyone – while KLM returned to Dublin after a hiatus of 50 years.

The number of passengers transferring at Dublin increased by 23% last year to a record 1.2 million, as the airport continued to build its position as a key gateway between Europe and North America.

Dublin Airport was the fifth largest airport in Europe for North American connectivity in 2016 after Heathrow, Paris, Frankfurt and Amsterdam. During the peak summer season, the airport had 48 flights per day to and from 11 cities in the United States and five Canadian destinations.

A major study by economic consultants InterVISTAS found that in 2014 Dublin Airport supported or facilitated a total of 97,400 jobs in the Irish economy and contributed €6.9 billion to the national economy.

Dublin Airport, which is Ireland’s key international gateway, has direct flights to over 180 destinations in 40 countries on four continents.

(*The Economic Impact of European Airports study in 2014 found that every 1,000 additional passengers at an airport with more than 10 million passengers supported an extra 0.85 jobs on campus.)