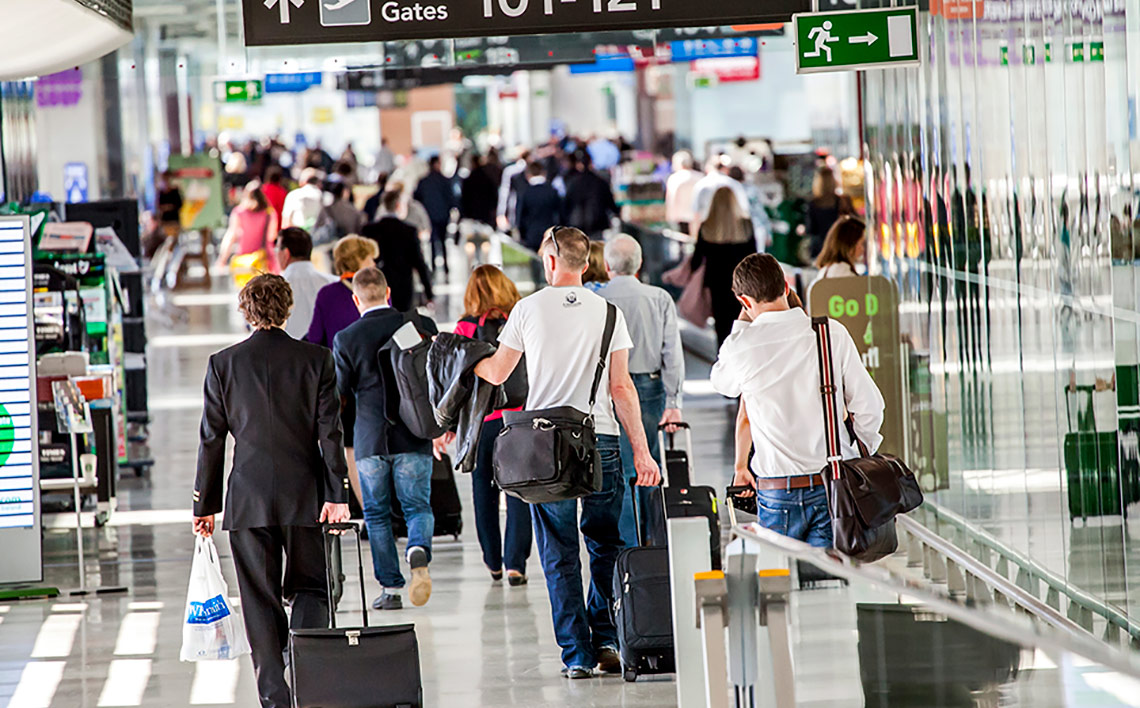 Just under 2.1 million passengers travelled through Dublin Airport this January, which was a 5% increase when compared to last year.

It is the first January in the airport’s 79-year history that passenger numbers have surpassed two million.

Passenger volumes to and from continental Europe grew by 8%, with more than one million passengers travelling to and from European destinations.

UK traffic remain static in January as almost 745,000 passengers travelled on routes between Dublin and the UK during the month.

Passenger volumes to and from North America increased by 14% with almost 211,000 passengers taking transatlantic flights to and from Dublin in January.

Other international traffic, principally to the Middle East, North Africa and the Pacific Asia region increased by 4%, as almost 85,000 passengers travelled these routes in January.

Almost 6,000 passengers travelled on domestic routes last month, which was up 1% on January last year.

Three new airlines will launch services from Dublin Airport this year, as TAP will operate a 14 times weekly summer service to Lisbon, Air Baltic will fly four times per week to the Latvian capital Riga and Sun Express will operate a weekly service to Izmir in Turkey, which is a gateway for sun holidays in the region.

Dublin Airport has flights to almost 200 destinations in 43 countries, operated by 56 airlines and is the 11th busiest airport in the European Union.