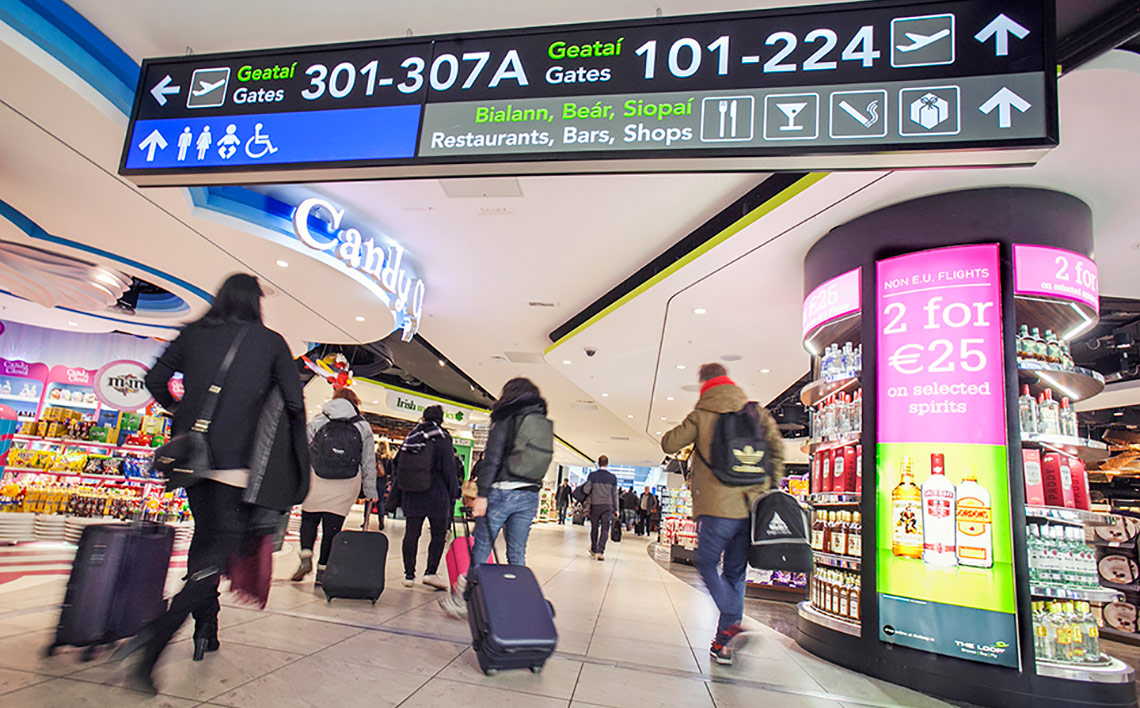 More than 2.8 million passengers travelled through Dublin Airport in October, which was a 9% increase on the same month last year. The increase in passenger numbers made it the busiest October in Dublin Airport’s 78-year history.

The number of passengers flying to and from continental Europe increased by 8%, as almost 1.5 million passengers travelled to and from European destinations in October.

More than 877,000 passengers travelled to and from UK destinations last month, a 4% increase compared to October last year.

The number of passengers travelling to other international destinations in the Middle East, Africa and the Asia Pacific regions increased by 19%, with almost 83,000 passengers flying to these routes in October.

More than 9,600 passengers travelled on domestic routes last month, which was a 21% increase when compared to the same month last year.