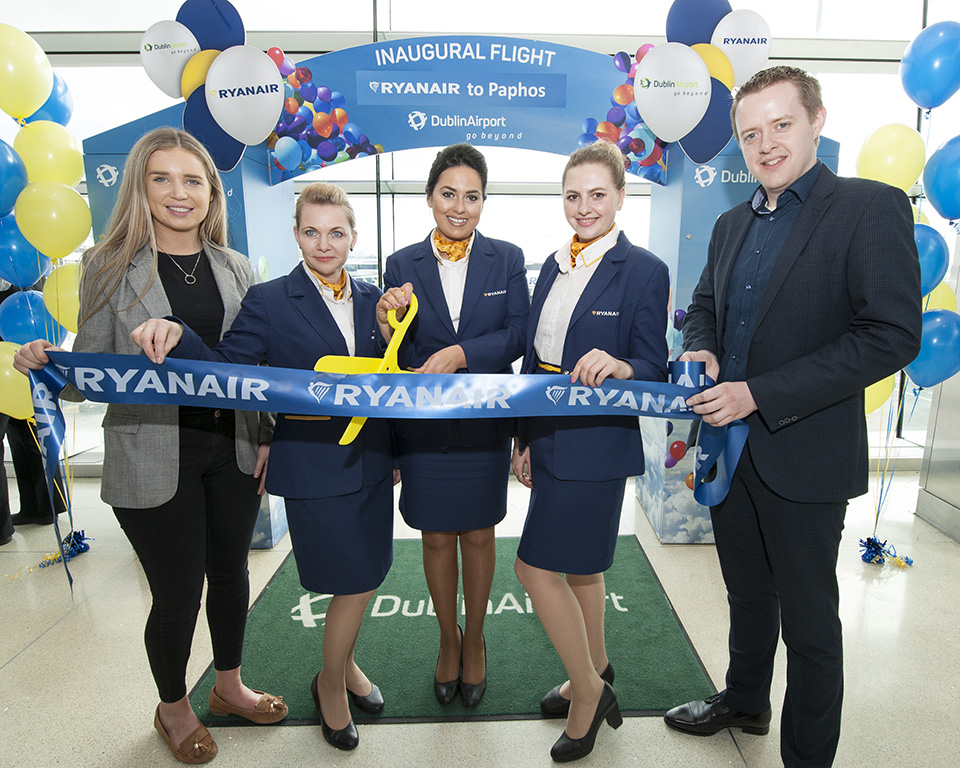 The new route will operate on Mondays and Fridays.

Welcoming the new service Dublin Airport Managing Director Vincent Harrison said “We are delighted to welcome Ryanair’s new service to Paphos.   Not only is Cyprus a great sun destination it is steeped in culture and places of archaeological interest. I have no doubt it will be a popular destination for Irish holidaymakers.”

Paphos is one of Ryanair’s five new services operating from Dublin Airport this year.  The airline recently launched its new Dublin to Marrakesh in Morocco service, a new route to Dalaman in Turkey will start in June while services to Frankfurt and Luxembourg will be added in October.