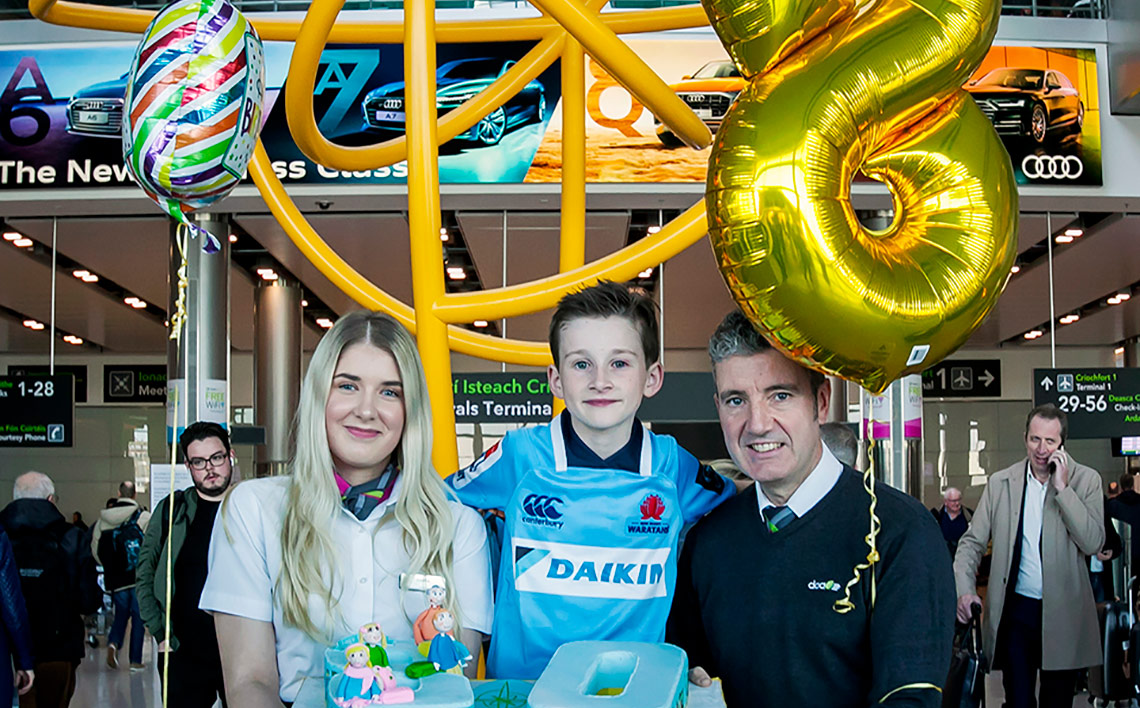 Dublin Airport’s Terminal 2 (T2) has welcomed more than 80 million passengers since it opened eight years ago on November 19, 2010.

Dublin Airport’s passenger numbers have increased by more than 60% since T2 opened in 2010 and are up a further 6% so far this year. Dublin Airport Managing Director Vincent Harrison said Terminal 2 has been a huge success and has delivered significant benefits to the Irish economy.

“Terminal 2 has been a key asset in driving connectivity and growing passenger numbers by more than 60% since 2010 and this growth stimulates tourism, trade and investment throughout the country,” Mr Harrison said. “T2 has also helped bring significant improvements in Dublin Airport’s customer satisfaction ratings during this time.”

The advent of T2 and its US preclearance facility has also helped deliver a huge expansion in transatlantic traffic at Dublin Airport over the past eight years.

“We have worked closely with our airline partners to grow North American connectivity and to build a substantial transfer business,” Mr Harrison said.

“Dublin Airport’s transatlantic traffic has more than doubled since 2010 and Dublin is now the sixth largest gateway between Europe and North America,” he added.

There has also been strong growth in the airport’s transfer business. The number of connecting passengers has increased fivefold since 2010 to almost 1.6 million passengers last year.

Three new transatlantic routes will start next year, as Aer Lingus will launch flights to Minneapolis St. Paul and Montréal, while American Airlines will operate flights to Dallas.

Construction work on Terminal 2 started on October 1, 2007 and the first piece of structural steel was erected on March 31, 2008. At its peak, the Terminal 2 project was the largest construction project in the State, with 2,600 workers on site. T2’s first flight – an Aer Lingus service from Manchester – arrived shortly after 11am on November 19. Flight operations started moving into the new terminal on a phased basis from November 23.

Passenger numbers at Dublin Airport have increased by 6% so far this year, with almost 27 million passengers using the airport between January and October. Dublin Airport, which has flights to almost 190 destinations in 43 countries, operated by 56 airlines, has welcomed 1.6 million extra passengers during the first 10 months of this year.