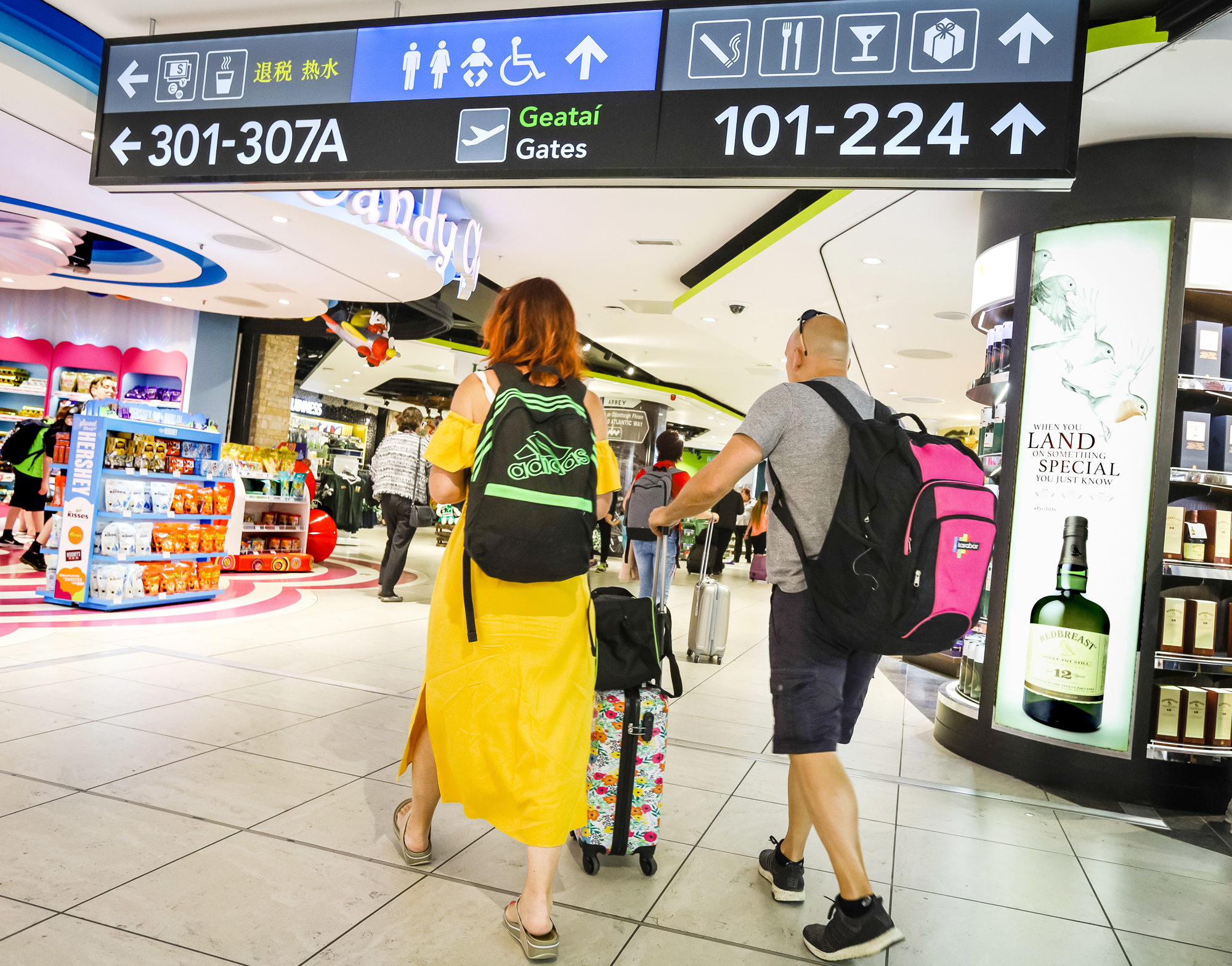 Almost 452,000 passengers are expected to travel through Dublin Airport this August Bank Holiday Weekend from Friday, August 2 to Monday, August 5.

Passenger figures are up 6% compared to the same weekend last year making it the busiest August Bank Holiday Weekend in the airport’s history.

“The addition of 24 new routes/services to our route network this year, coupled with extra frequencies on 14 existing routes has contributed to the increase in passenger numbers,” Mr O’Kane added.

“Large numbers are expected to travel through the airport this weekend, so we are advising passengers to go directly to security screening once they have checked-in. Both terminals have a wide variety of restaurants and shopping options beyond the security screening area”.

Passengers are encouraged to familiarise themselves with security screening procedures and prepare in advance so that they can proceed through security without delay to themselves or their fellow passengers.

Dublin Airport has welcomed more than 875,000 extra passengers during the first six months of the year, with passenger numbers up 6% to just over 15.5 million to the end of June.

Dublin Airport has the following advice for passengers travelling over the course of this Bank Holiday Weekend:

ALL baggage brought through the security screening area is subject to the EU Aviation Security regulations concerning liquids. In this regard passengers are advised to check the details of these regulations HERE before setting out on their journey to the airport.

Passengers are also reminded to remove all sharp objects from hand luggage to ensure compliance with national and EU regulations. These objects should be packed into checked in luggage, in addition, all laptop computers must be removed from their outer casing for security screening.

Dublin Airport will have Customer Care teams on duty across both terminals this Bank Holiday Weekend to help passengers with their journey through the airport.

Dublin Airport has flights to almost 200 destinations in 43 countries, operated by 53 airlines and is the 11th busiest airport in the European Union. It supports 117,300 jobs in the Irish economy, including 19,200 people employed directly at the airport and its environs. The economic activity underpinned by Dublin Airport in terms of the spin-off benefits through trade, tourism, and jobs, is worth €8.3 billion to the Irish economy annually.