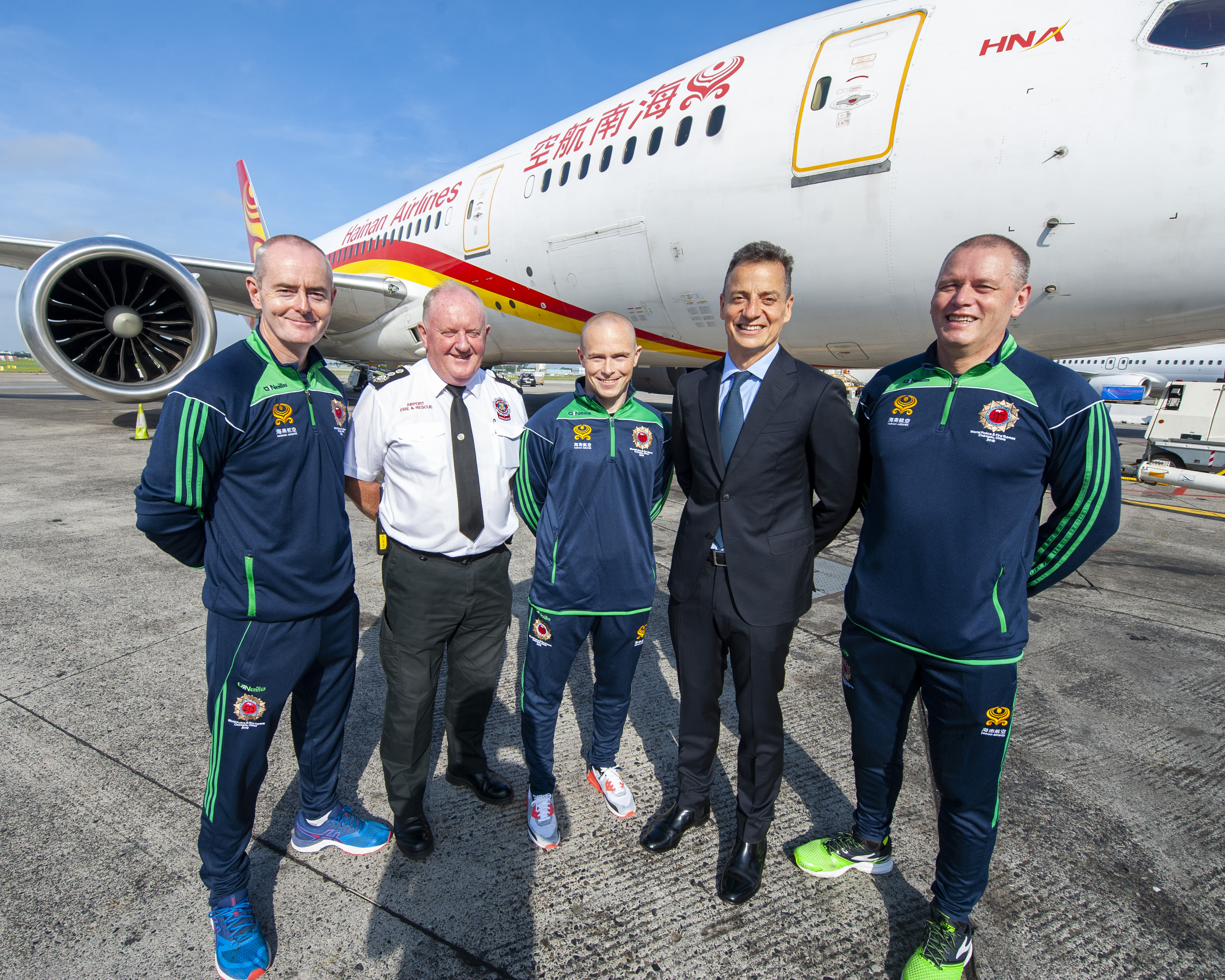 Three members of Dublin Airport’s Fire Service will compete in this year’s World Police and Fire Games, which are taking place in Chengdu, China.

Mick Bracken, Andrew Hutchinson and Mick Gurley will represent Ireland at the games, which will see thousands of firefighters and law enforcement officers from 80 countries compete in more than 50 separate events.

Dublin Airport’s Fire Service last competed in the annual World Police and Fire games in 2017 when Los Angeles was the host city. The team defied all expectations on that occasion by securing seven medals.

Dublin Airport Fire Officer Mick Bracken will take part in the stair race, having achieved a bronze medal in the Los Angeles games in 2017. This gruelling event sees competitors scale 128 flights of stairs in full protective gear while also carrying an extra 20kg of breathing apparatus. Bracken will also participate in the Ultimate Fire Fighter competition.

Officer Mick Gurley is set to compete in the 500m and 2,000m rowing competition, have successfully achieved both bronze and silver medals in the Los Angeles games. Officer Andrew Hutchinson will compete for the first time in Brazilian Jiu Jitsu competition.

“A huge amount of hard work and dedication has gone into preparing for the World Police and Fire games this year, and I have no doubt that Officers Bracken, Gurley and Hutchinson will represent Dublin Airport Fire Service well,” said Chief Airport Fire Officer, Gerry Keogh.

“I wish them all the best of luck and we will all be cheering for them from the station,” he added.

daa Chief Executive Dalton Philips also wished the team well. “Dublin Airport’s fire service does a fantastic job, and I’m certain that Mick Bracken, Andrew Hutchinson and Mick Gurley will represent Ireland brilliantly at the games and we all wish them the very best of luck.”

The World Police and Fire Games originated in San Jose, California in 1985. Since that time, the Games have been held every two years in a different city.

The Dublin Airport Fire & Rescue service trains constantly to prepare for a possible accident or incident at the airport. It also deals with medical issues on the airport campus and provides assistance to the Dublin Fire Brigade if required.

It supports 117,300 jobs in the Irish economy, including 19,200 people employed directly at the airport and its environs. The economic activity underpinned by Dublin Airport in terms of the spin-off benefits through trade, tourism, and jobs, is worth €8.3 billion to the Irish economy annually.