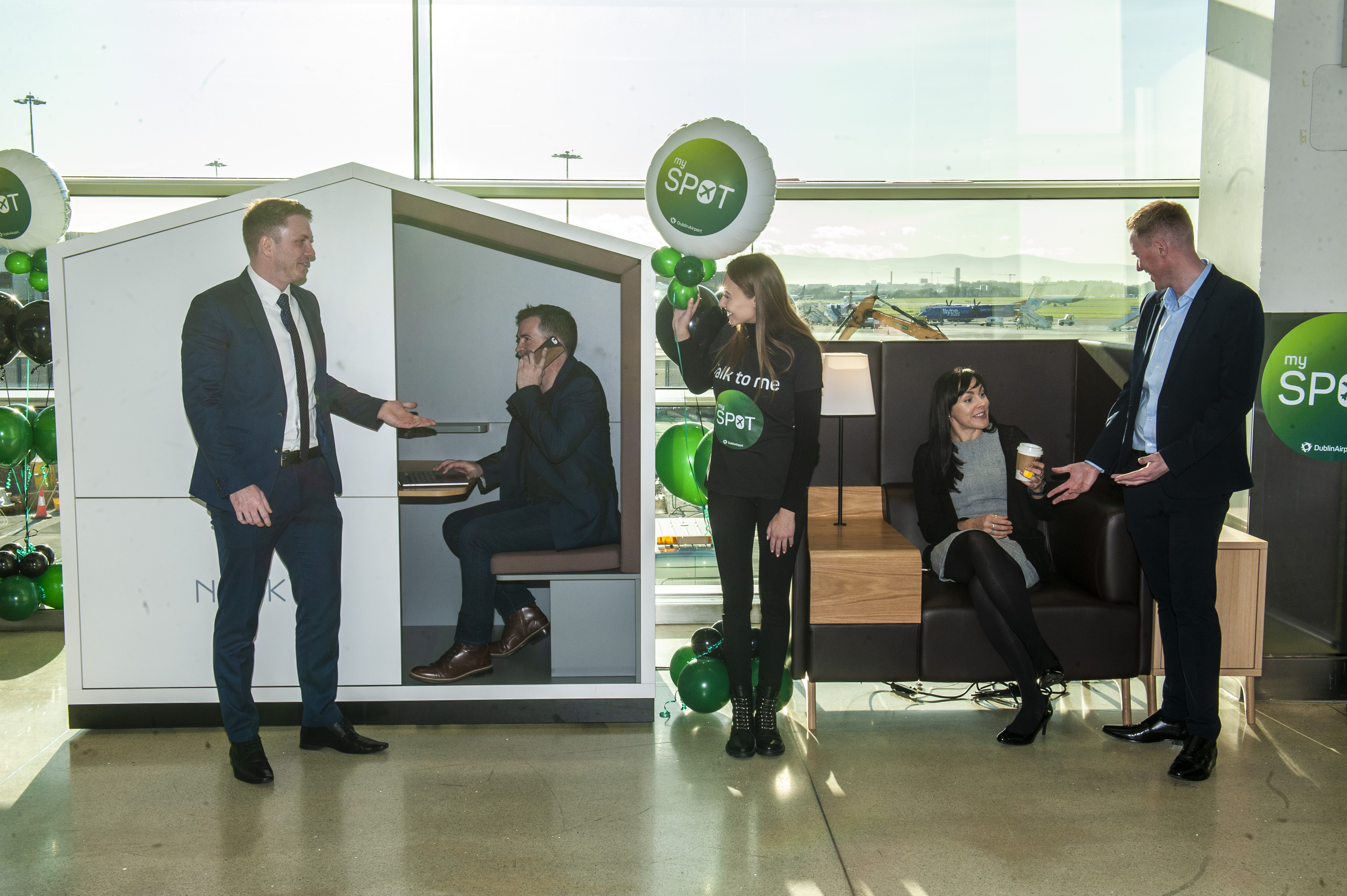 Dublin Airport is trialling a new initiative called MySpot, which is a dedicated seating and private pod area specifically designed for passengers who are travelling on their own.

The MySpot seat and MySpot pod both contain charging facilities, each has a compartment where hand luggage can be securely stored, and the service includes complimentary tea, coffee or water delivered directly to the passenger.

“We conduct regular surveys throughout the year with our customers and we know that more than 56% of our passengers travel alone,” said Dublin Airport Managing Director Vincent Harrison.

“Solo passengers typically grab a drink and a sandwich and proceed directly to their boarding gate.  This group of passengers find it challenging carrying hand luggage and other items such as tea or coffee when travelling alone. The MySpot private seat and pod have been specifically designed to meet the needs of the solo passenger,” he added.

The sleek new seat and pod are on trial at Gate 103 until mid-December.  During the trial period, passengers will be greeted by a MySpot staff member who will explain the product to them. The seat can be reserved from €5 or the pod from €10 depending on availability.

“We have already received very positive feedback from solo passengers trialling the service with some passengers saying they would check-in earlier to use it and others commenting that the pod was very comfy and private,” Mr Harrison said.

The MySpot pod is a bespoke design by Dubliner David O’Coimin, who is Chief Executive and founder of the Nook by Do Company.

If the trial is successful it will be available at other boarding gates through an online booking system appearing next to other Dublin Airport travel services such as Executive Lounges, Fast Track and Platinum Services.

MySpot is one of a number of new projects that are being developed at Dublin Airport under an initiative known as The Future Factory, which creates and tests new projects around the airport campus.