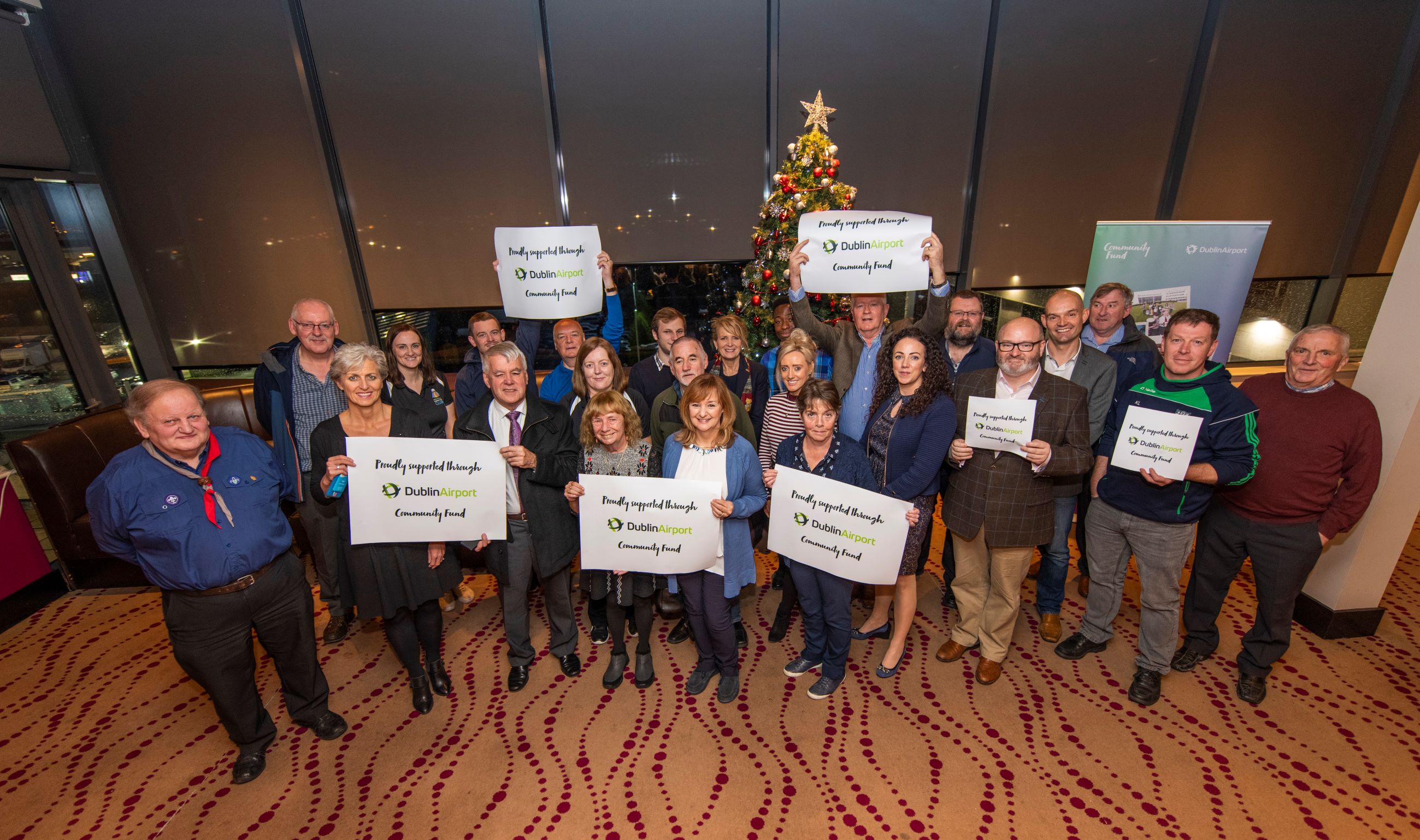 More than €1 million allocated to local community groups since 2017

Dublin Airport is delighted to announce that 44 local groups have received €122,358 in funding from the latest round of the airport’s Community Fund.

Support is focused on areas such as: environment and sustainability, sports and recreation, social inclusion and community development, health and well-being, and culture and heritage.

Dublin Airport Community Liaison Manager Maura Cassidy said: “Since the fund was opened in June 2017, more than €1 million has been granted to community groups based within the eligibility area. That’s a significant amount of support doing a lot of good in our local communities. We are delighted that 44 local groups will benefit from the latest round of funding.”

First time recipients of funding include Gaelscoil Bhaile Munna in Ballymun towards a school library, Anew Support Services in Swords for a community gardening project and the Community First Responders in Malahide and Portmarnock who received funding for defibrillators.

“The Community Fund is available to members of our local community that meet the eligibility criteria. It’s wonderful to see the wide range of projects receiving funding - sports groups, community associations, primary and secondary schools, after-school clubs, senior groups and disability support groups have all received funding this round,” added Ms. Cassidy.