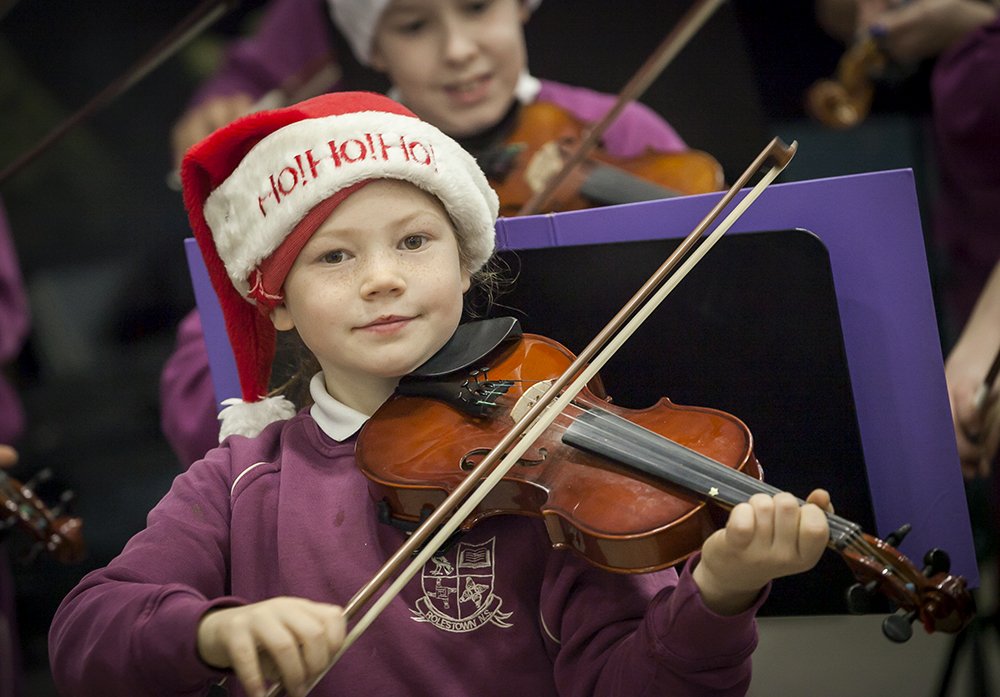 Dublin Airport is set to host its biggest and busiest festive entertainment programme this Christmas.

More than 1,600 performers from 50 schools, choirs and musical groups will entertain passengers from today Monday, December 9 with two performances in each terminal daily, right up to Christmas Eve.

“Dublin Airport is a very special place for the thousands of passengers travelling home for Christmas from all over the world and also for those visiting Ireland for the holidays,” said Dublin Airport Managing Director Vincent Harrison.

“We have been arranging our Christmas entertainment calendar since September and we are delighted to present our biggest musical schedule ever. Our teams in the terminals love to see the surprise and delight on the faces of passengers as they are greeted by festive music and song when they walk into the arrivals hall,” he added.

“Many of our performers are from schools in our local communities including Kilcoskan National School in the Ward, Mary Queen of Ireland National School in Toberburr and Thornleigh Educate Together, Swords," according to Mr Harrison.  "We also have adult choirs such as Prosper Fingal, the Airport Fire Service Band and Voices of Hope - Move 4 Parkinsons. We would like to thank all our performers for helping to make Christmas homing comings extra special at Dublin Airport.”

Dublin Airport has welcomed almost 28.4 million passengers in the first 10 months of the year, a 5% increase over the same period in 2018. Almost 1.4 million extra passengers have travelled through the airport between January and October.