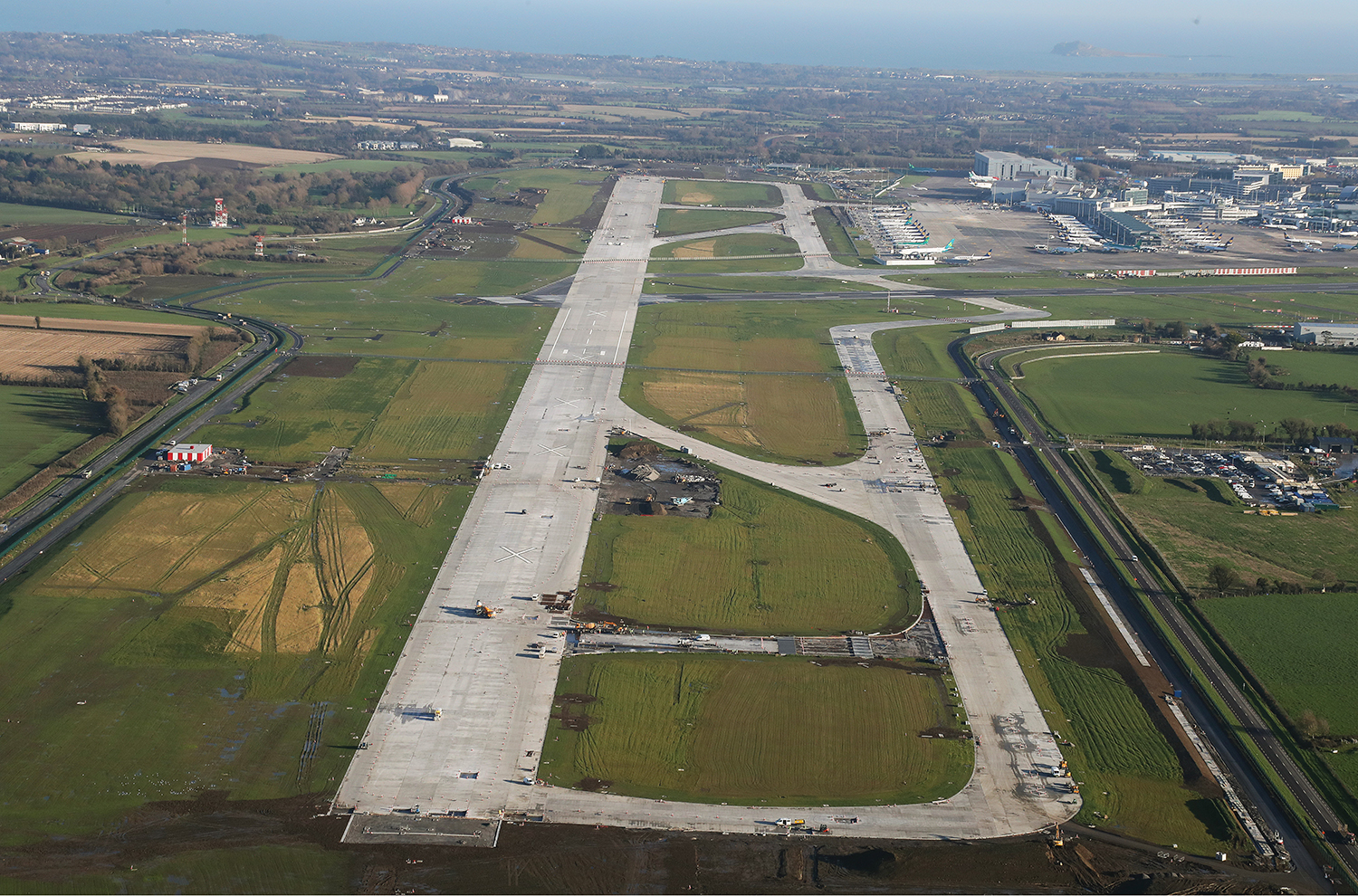 daa has lodged an application to amend two onerous planning conditions that are due to apply to the operation of the new North Runway and the overall runway system at Dublin Airport when North Runway begins operations.

The current conditions would limit the use of North Runway between 11pm and 7am and also place an overall limit of 65 aircraft movements across the entire airport during those hours. If unchanged, these two conditions would significantly affect the operation of the airport and its key airline customers and would damage the entire Irish economy.

Under the planning application lodged today, daa is proposing the introduction of a noise quota system at night, which is the industry standard approach for managing night-time noise at large airports. This proposed new quota system would operate between 11.30pm and 6am.

daa is also proposing that North Runway would only be used between 6am and midnight, meaning that there would be no flights on the new runway during the core midnight to 6am night-time hours.

“We had originally wanted to have these two onerous conditions removed entirely,” said daa Chief Executive Dalton Philips, “but having engaged with the local community and listened to their views we have revised our previous position and are now proposing very significant mitigation measures.”

Under daa’s new proposals the overall effects of night-time noise at Dublin Airport are less than envisaged under the planning permission granted in 2007, and do not exceed those in 2018.

Within the planning application, daa is also proposing a new €7 million insulation scheme for dwellings that are most affected by night-time noise. The proposed scheme would see grants of €20,000 paid to the owners of up to 350 eligible houses.

daa has already established an insulation programme for about 200 local households and has established a voluntary scheme to purchase up to 38 properties that will be most affected by the operation of the North Runway at a significant premium to their market value if the runway was not being built.

“The new proposal balances the requirements of the Irish economy with the valid concerns of the local community,” according to Mr Philips.

“It has never been Dublin Airport’s intention to have lots more flights in the middle of the night, but in their original form, the two conditions would have a very significant impact on Ireland’s connectivity, as the hour between 6am and 7am is Dublin Airport’s busiest time of the day.”

Being able to have a flexible operation in the peak 6am-7am window is essential for the economy given that Ireland is one hour behind continental Europe.

Mr Philips said the proposed new measures would provide Dublin Airport with “the operational flexibility that is required to help the Irish economy recover from the impact of COVID-19 and face the challenges of a post-Brexit environment, while ensuring that the effects of night-time noise that were envisaged by the original planning conditions are not exceeded”.

Dublin Airport is Ireland’s main international gateway and has a major impact on the Irish economy as the connectivity it provides underpins Irish trade, tourism, and foreign direct investment. According to a 2019 Economic Impact Study, Dublin Airport supports and facilitates almost 130,000 jobs in the Republic of Ireland and generates €9.8 billion in Gross Value Added (GVA) to the economy annually.

The new 3.1km North Runway is being built almost 1.7km north of Dublin Airport’s current main runway. A parallel runway system has been in the long-term plans for Dublin Airport since the 1960s.

The main construction programme started in late 2018 and the official sod-turning took place in February 2019. Construction of the runway will be largely completed in the second quarter of next year and this will be followed by a rigorous period of testing and commissioning. The runway is expected to be operational in 2022.

The delivery of North Runway is a key recommendation of the Government’s National Aviation Policy, as it will significantly expand connectivity and flexibility at Dublin Airport and also enable it to continue to develop as a gateway between Europe and North America.

The original planning conditions, which date from the grant of planning permission in 2007, placed an overall limit of 65 aircraft movements across the entire airport campus between 11pm and 7pm. However, last year even before the addition of North Runway, there was an average of about 100 aircraft movements during this time period.

A restriction on the number of movements is an inflexible, rigid approach to managing night-time noise at airports. This type of cap merely limits the number of flights, regardless of how noisy or quiet a particular aircraft is. Such a restriction does not guarantee a reduction of noise, or even a prudent management of noise, whereas daa’s proposal does do that.

A noise quota system, which already applies at airports such as Heathrow, Brussels and Madrid, would limit the overall amount of noise generated by aircraft and, in tandem with the other proposed measures, would limit the effects of night-time operations at Dublin Airport.

Under this system, the number of aircraft operating within the night-time window may vary, but the overall effects of noise from those aircraft would be capped. This incentivises airlines to use quieter aircraft at Dublin Airport. “The number of planes is the wrong measure, the focus should be on the amount and effects of noise,” according to Mr Philips.

The planning application, which relates to the mode of operation of the new runway, notes that there are no significant environmental effects as a result of the proposals.  Modern aircraft are significantly more fuel efficient than when the runway planning application was submitted about 15 years ago, and new aircraft types are delivering further efficiency gains.

The mix of air traffic means that with larger aircraft, and higher seat occupancy rates, the number of overall flight movements at Dublin Airport is much less than had been expected when planning for the new runway was originally granted.

Dublin Airport has a comprehensive sustainability programme and is due to become carbon neutral this year. It will have reduced its overall emissions by 33% compared to 2009 levels and is committed to becoming net zero for its carbon emissions by 2050 at the latest.

daa is submitting this planning application to Fingal County Council (FCC). Under new legislation which came into effect last year, a separate part of FCC has been appointed the Competent Authority for the purposes of noise regulation at Dublin Airport.

The Competent Authority has a 14-week public consultation period within its deliberations and its decision is incorporated within the overall planning decision. This decision can be appealed to An Bord Pleanála. When making its decision it will take into account the views of the community, the aviation sector and other stakeholders, as well as international best practice.