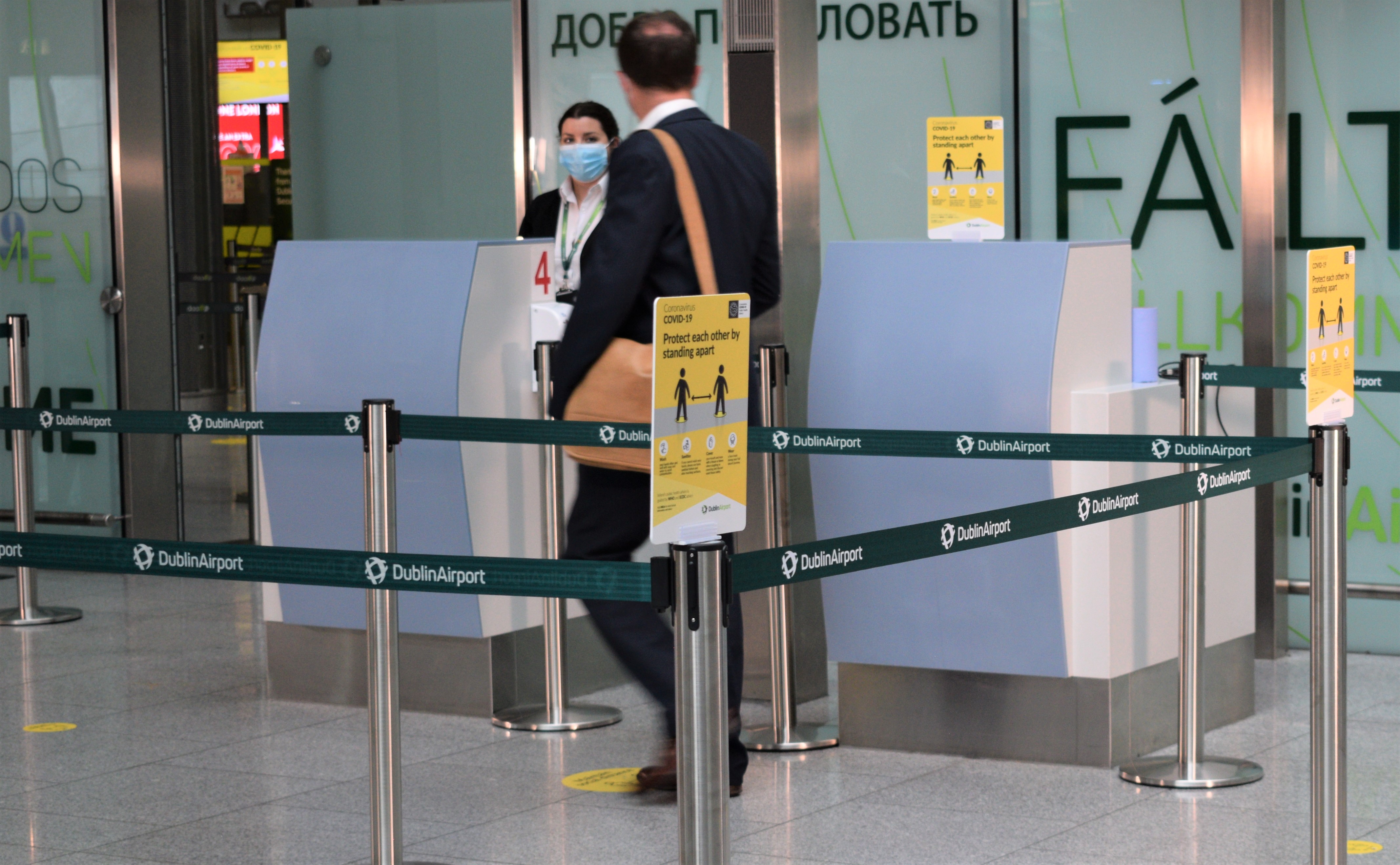 Passenger numbers at Dublin Airport declined by 78% to almost 7.4 million last year due to the impact of the global COVID-19 pandemic.

More than half of all those who travelled through Dublin Airport in 2020 did so in January and February, as passenger numbers increased by 2% to 4.1 million passengers the first two months of the year. Between March and the end of December, passenger numbers fell by 89% to 3.3 million.

More than 400,000 passengers used Dublin as a hub during the year, which meant that just under 7 million people either began or ended their journey at Dublin Airport during 2020.

In line with Irish Government guidelines, Dublin Airport remained opened as an essential service throughout 2020. It has played a vital role in the importation of PPE and other medical equipment, facilitating the arrival of 6.2 million tonnes of equipment on 357 separate cargo flights, operated by 16 different airlines.

Passenger numbers to and from continental Europe declined by 77% to 4 million last year. The number of passengers travelling to and from Dublin Airport and Britain was 76% lower at 2.4 million, while transatlantic traffic declined by 84% to almost 690,000 passengers. Passenger numbers on flights to and from other international destinations, which includes flights to the Middle East, declined by 76% to almost 237,000. The number of people taking domestic flights declined by 68% to just under 34,000.
“Aviation was one of the sectors of the Irish economy that was hardest hit by COVID-19, and this is reflected in the passenger numbers for last year,” said Dublin Airport Managing Director Vincent Harrison. “It was a hugely challenging year for Dublin Airport and for the entire Irish aviation sector, as the reduction in air travel and the introduction of travel restrictions in most markets had a very significant impact on passenger numbers during the year.”
In 2019, Dublin Airport had flights to more than 190 destinations in 42 countries operated by almost 50 airlines. In April 2020, Dublin Airport had flights to just 22 destinations in 11 countries operated by seven airlines.
“Aviation plays a vital role in Ireland’s economy, and it will be a key sector in helping that economy to recover in the wake of the pandemic,” according to Mr Harrison.
Europe’s airports lost a total of 1.72 billion passengers in 2020 compared to the previous year, as passenger traffic fell by just over 70%, according to data from airports group ACI EUROPE. Global air traffic fell by 60% last year, bringing air travel totals back to 2003 levels, according to ICAO, the UN agency for civil aviation.
Data from Eurocontrol, which co-ordinates the management of air traffic across Europe, shows that flights to and from Ireland were among the most affected by the pandemic last year. Flights to and from Irish airports fell by 63% in 2020, making Ireland the fifth worst affected country among the 41 member states within Eurocontrol. Only Armenia, Moldova, Morocco, Israel, and Georgia had larger air traffic declines than Ireland.
“It has been a year like no other for Dublin Airport, for our airline customers, our commercial partners and our employees, and for the entire aviation and tourism sectors,” Mr Harrison said. “Whether working on campus or from home, our people faced significant challenges during the year, and they did so with a professionalism and pride that is at the heart of Dublin Airport,” he added.

From mid-March last year, the Irish Government advised against non-essential overseas travel, and there were similar guidelines in place in many other countries. In July, the Irish Government announced an initial travel Green List of 22 countries, which was reduced over time due to the changing health position across Europe. In early November, Ireland adopted the EU traffic light system for travel. With the most recent wave of cases and new strains of the virus, Ireland and many other European countries have introduced stricter regulations in relation to international travel.
The safety of the small number of passengers who were travelling and of staff was a key priority for the airport during the year, and Dublin Airport followed all HSE and Government guidelines throughout the pandemic.

Dublin Airport installed more than 1,000 hand sanitising stations, over 10,000 pieces of COVID-19 safety signage and more than 620 plexiglass screens at all close contact points. Hospital grade state-of-the-art deep cleaning and disinfection regimes were introduced across the airport, with a specific focus on the areas in which passengers might dwell.

Dublin Airport’s health and safety response to the pandemic was formally recognised by Airports Council International’s (ACI) World and ACI EUROPE’s Airport Health Accreditation programme last October. The accreditation, which examined areas such as cleaning and disinfection processes, physical distancing, passenger communications and passenger facilities, staff protection, and the physical layout of the airport, found that Dublin Airport’s systems were world-class and complied fully with all international guidelines.

Pre-COVID, Dublin Airport supported or facilitated almost 130,000 jobs in the Republic of Ireland. A 2019 economic impact study found that Dublin Airport contributed a total of €9.8 billion in Gross Value Added (GVA) to the Irish economy, which was equivalent to more than 3% of the national economy. The InterVISTAS study also showed that the 57% growth in Dublin Airport’s passenger numbers between 2013 and 2018 had supported and facilitated an additional 12,400 jobs during that period.