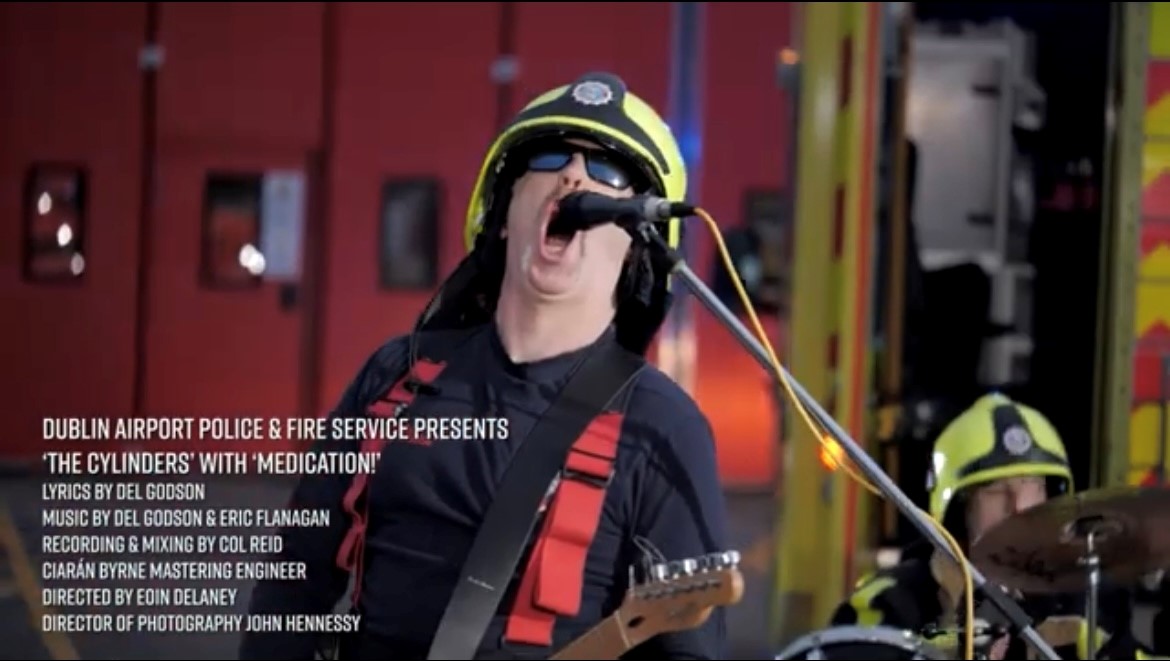 Members of the Dublin Airport Police and Fire Service have come together to record a charity single for Christmas. daa’s Charity of the Year scheme is managed by staff, who select the charities that benefit each year, and generate a significant amount of the money through their fundraising activities.

The funds left in cash collection points throughout Dublin Airport also support the chosen charities for the year. daa itself also makes a significant direct contribution to the charity fund every year.

Typically, daa staff would cycle, run marathons, arrange monster draws, bake cakes, hold book sales, wear their Christmas jumper to work, take part in quiz nights, race nights, raffles and a host of other events. However, because of Covid 19 health and safety guidelines, staff really needed to get creative when it came to fundraising ideas.

A couple of months ago members of the Dublin Airport Police & Fire Service decided to tap into the hidden talent within the force to produce a rocking tune that will give everyone a much-needed boost after a tough year and a half.

Dublin Airport Police & Fire Service proudly presents; "The Cylinders" with "Medication". The lively, upbeat rock track will be available to download on Spotify soon, but for now you can enjoy it HERE 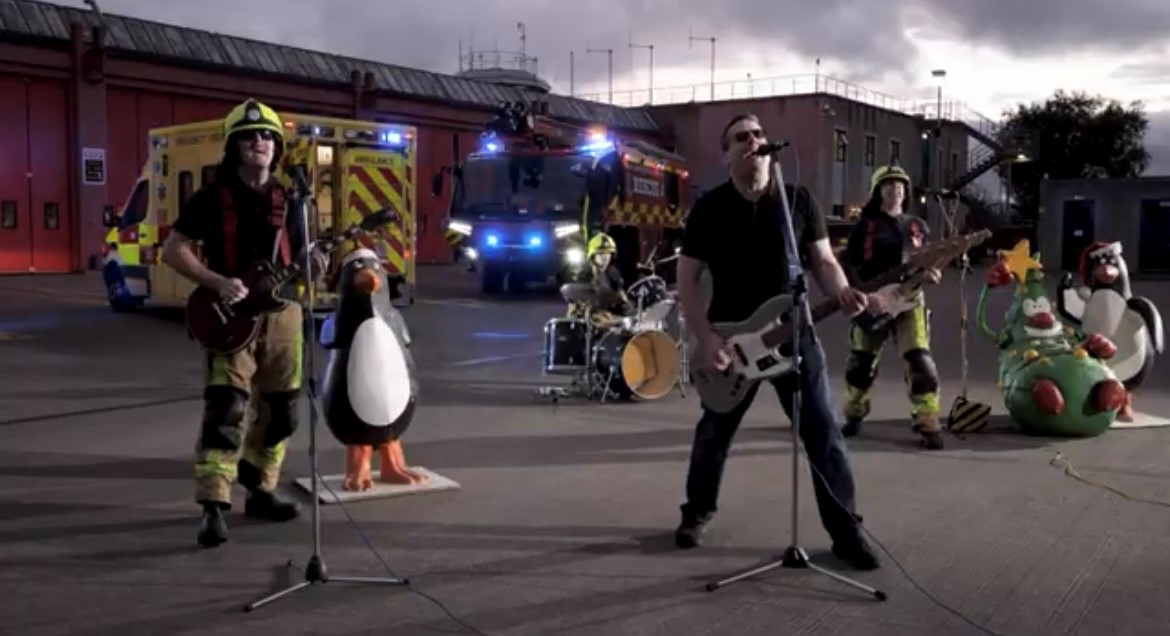 daa Charity of the Year Chairperson, Cathy Burke said; “Our Charity of The Year programme has always held a special place for daa and our employees. I’m very proud and continuously surprised and delighted with the ongoing passion and ingenuity shown to raise funds for our charities.

“The song and video show a lighter side to the serious work of the Dublin Airport Police & Fire Service and I’d like to say a big thank you to the team for their wonderful and entertaining efforts. I really hope that people get behind this alternative Christmas single and it inspires their generosity to dig deep and support this musical treat” she added.

If you would like to make a donation to some very worthy causes, namely St. Francis Hospice, The Mater Foundation and Feed Our Homeless, you can do so via the following link: https://gofund.me/83e1a045.

daa’s Charities of the Year scheme, which is one of the largest such programmes in Ireland, was established in 2007 and has raised over €3 million for a total of 30 Irish charities.