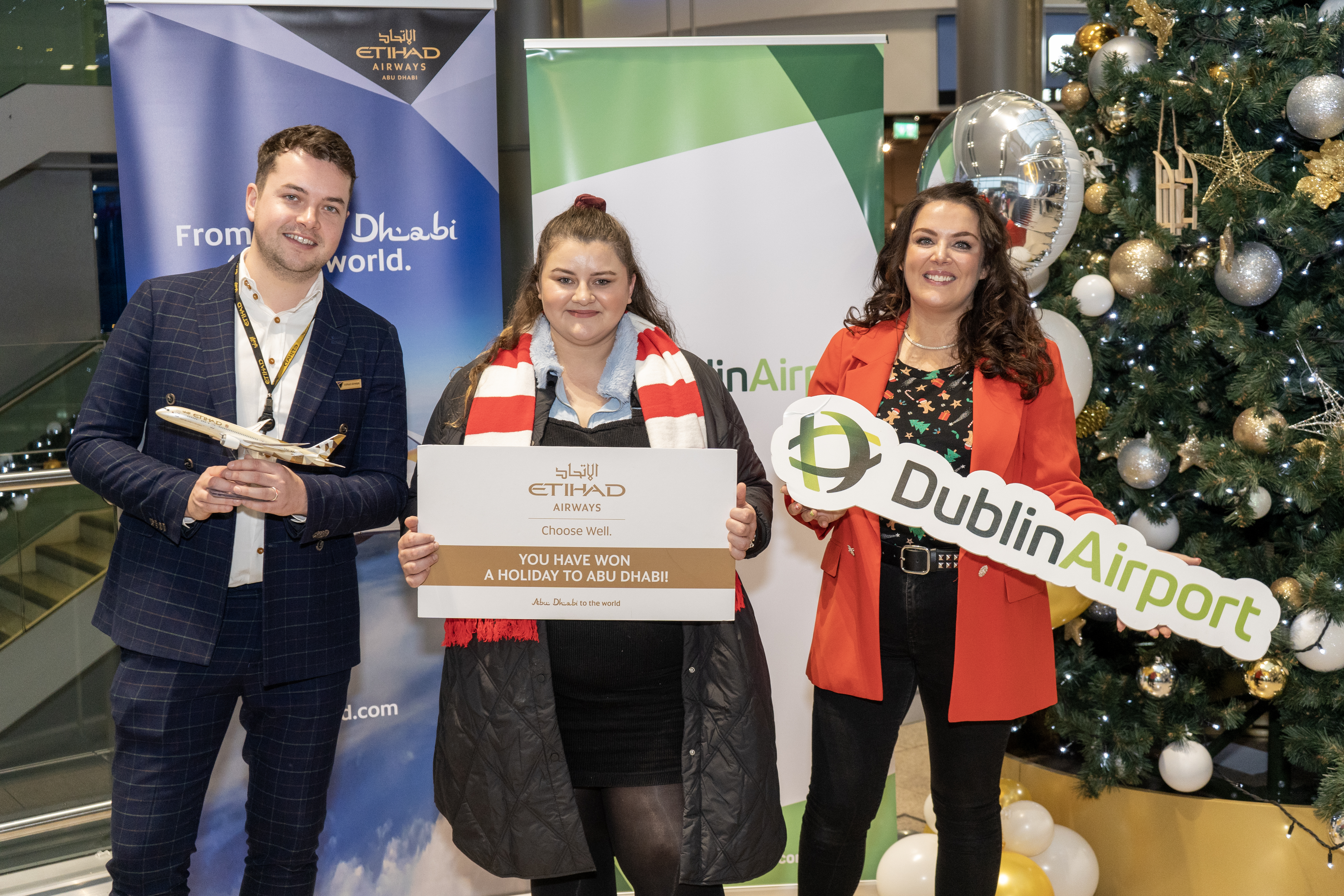 Dublin Airport and Etihad Airways made dreams come true for one lucky winner this Christmas, with the trip of a lifetime to Abu Dhabi.

Ashling Flavin, from Portloaise, was announced as the winner of the amazing prize this morning in a live draw held in Terminal 2, Dublin Airport.

2022 has been a positive one for Ashling, who recently got engaged to be married and also purchased her first home with her fiancé, Sheridan.

Ashling was one of five finalists that had been selected at random from Dublin Airport’s social media competition entries last week. The winning ticket was drawn by Olympic medal winner Kellie Harrington and announced live on RTE Radio 1 by none other than Ryan Tubridy. 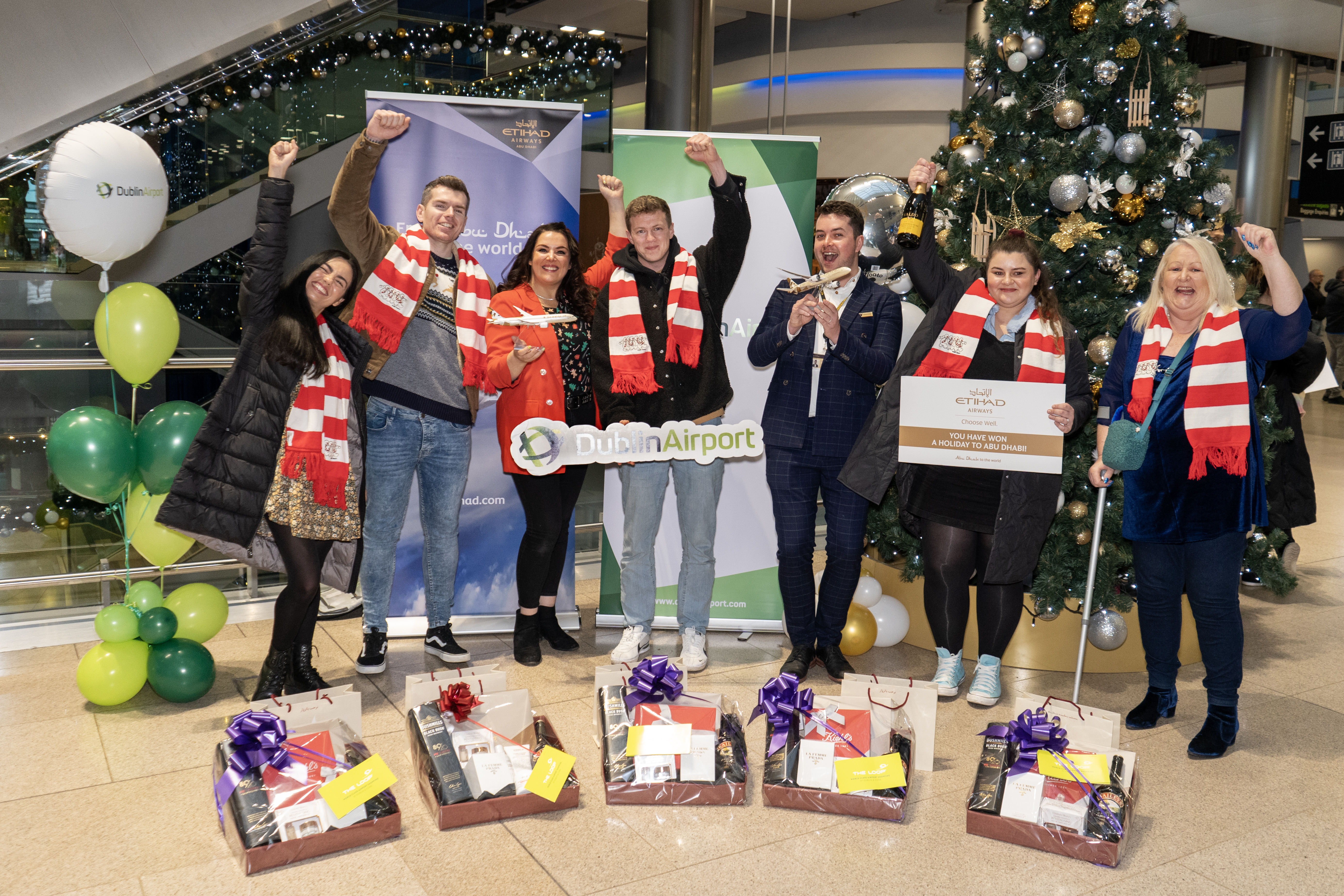 Ashling plans to invite her fiancé as her guest on the trip and they will both fly return business class from Dublin to Abu Dhabi with Etihad Airways.

The couple will receive VIP treatment on departure, with exclusive access to their very own private premium suite at Dublin Airport’s Platinum Services, including complimentary champagne and refreshments, private security screening and luggage check-in.

On arrival in Abu Dhabi they will be whisked away by a private Etihad chauffeur to the luxury 5* Park Hyatt Abu Dhabi Hotel and Villas, where they will spend six nights in the stunning area of Saadiyat

The lucky pair will also get to experience the amazing theme parks on Yas Island. With a three-day, three-park Yas Island Pass, the winners can enjoy Ferrari World, Warner Brothers World and Yas Waterworld.

AND there’s more! This once-in-a-lifetime trip will rev up even more when the winners get to visit the Yas Marina Circuit, one of the most technologically-advanced tracks in the world and home to the annual Formula 1® Etihad Airways Abu Dhabi Grand Prix. Ashling and Sheridan will have the opportunity to take control of the wheel with a thrilling driving experience on the Yas Marina Circuit.

As if that wasn’t enough, they will also receive two passes to the iconic Louvre Abu Dhabi - the first universal museum in the Arab world, translating and fostering the spirit of openness between cultures, making it a must-see for visitors.

Since its inaugural flight to Abu Dhabi back in 2007, Etihad’s direct service from Dublin Airport has been a gateway for Irish travellers to explore hundreds of international destinations including Abu Dhabi itself, as well as Sydney, Melbourne, Bangkok, the Maldives and the Seychelles.

Dublin Airport is experiencing its busiest Christmas in three years, with around 1.5 million people expected to arrive and depart during the period between Friday, December 16 and Wednesday, January 4, 2023. The numbers travelling this year will be up by around 95% on the same period last year and on a par with total passenger levels in 2019.