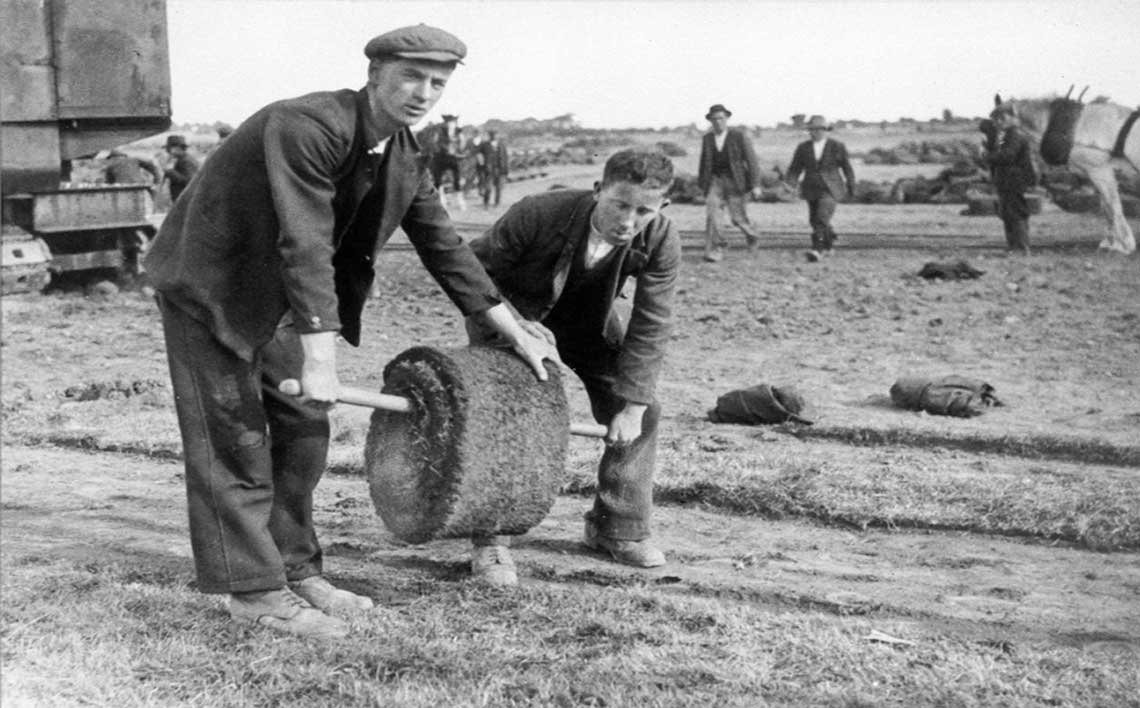 Dublin Airport has two runways. The main runway, Runway 10/28, was opened on June 21, 1989 and is used for 95% of all landings and take offs. The second runway, Runway 16/34, otherwise known as the crosswind runway, was built in originally as a grass strip.

Work began in 1937 with the inaugural flight departing on January 19, 1940 to Liverpool. This runway is used for 5% of landings and take-offs and is brought into operation when essential maintenance is taking place on the main runway or in certain weather conditions.

A parallel runway system has been part of Dublin Airport’s development plans since the late 1960s, many years before either of the parallel runways was built. Back then, airport planners had the foresight to safeguard land around the airport as they could see the long-term potential for air travel to grow substantially.

As a result, Dublin Airport is almost unique as a major European city airport close to the population centre. It has very little residential housing near the airport and under its flight paths close to the airport when compared to other international airports, such as Heathrow Airport, which has about 40,000 residents living very close to the airport.

The first part of Dublin Airport’s parallel runway system plan was delivered on June 21, 1989 when the existing main runway, R10/28 first opened for flight operations. This runway has been the workhorse of the airport for three decades, facilitating more than five million aircraft landings and take-offs. It has allowed Dublin Airport to grow from five million passengers per year in 1989 to 31.5 million passengers in 2018.

A planning application for the new parallel North Runway was submitted in December 2004, and permission was granted, subject to 31 conditions, by An Bord Pleanála in August 2007.

The runway project was put on hold in December 2008 due to the economic downturn. The new runway was not needed as passenger numbers declined significantly due to the impact of the recession.

Following a modest return to growth between 2011 and 2013, passenger numbers increased by 45% from 21.7 million in 2014 to 31.5 million last year, making Dublin one of the fastest-growing large airports in Europe during that period.

As passenger numbers were increasing the decision to move ahead with the North Runway project was taken in April 2016. The existing main runway – which is used for about 95% of all flights - is effectively full at peak times and the airport now urgently requires additional runway capacity.

Did you know?
Airport runways are named based on their direction, which is also known as the magnetic bearing. There are 360 degrees on a compass and runway numbers go from 1-36 as they are rounded to the nearest 10 degrees and the last digit is dropped. Each end of the same runway has a different number to reflect the two separate approaches for aircraft. The two numbers are always 18 apart – to reflect 180 degrees. Runway names occasionally change to reflect movements in the magnetic bearing and Dublin’s main runway 10/28 was 11/29 in the original 1960s plans for the parallel runway system. 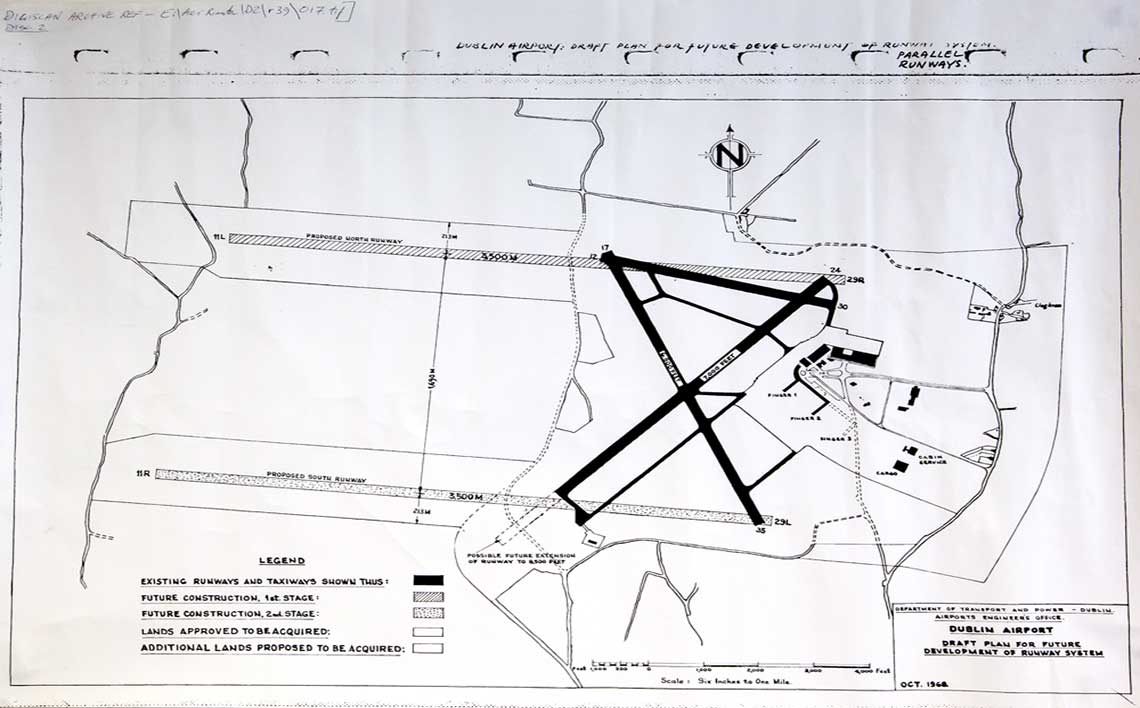 Top image: Grass Sod is laid on Runway 16/34, now the crosswind runway, in the late thirties. Bottom image: This airfield planning map, from October 1968, was created by airport planners as they developed the long-term plans for Dublin Airport’s parallel runway system.