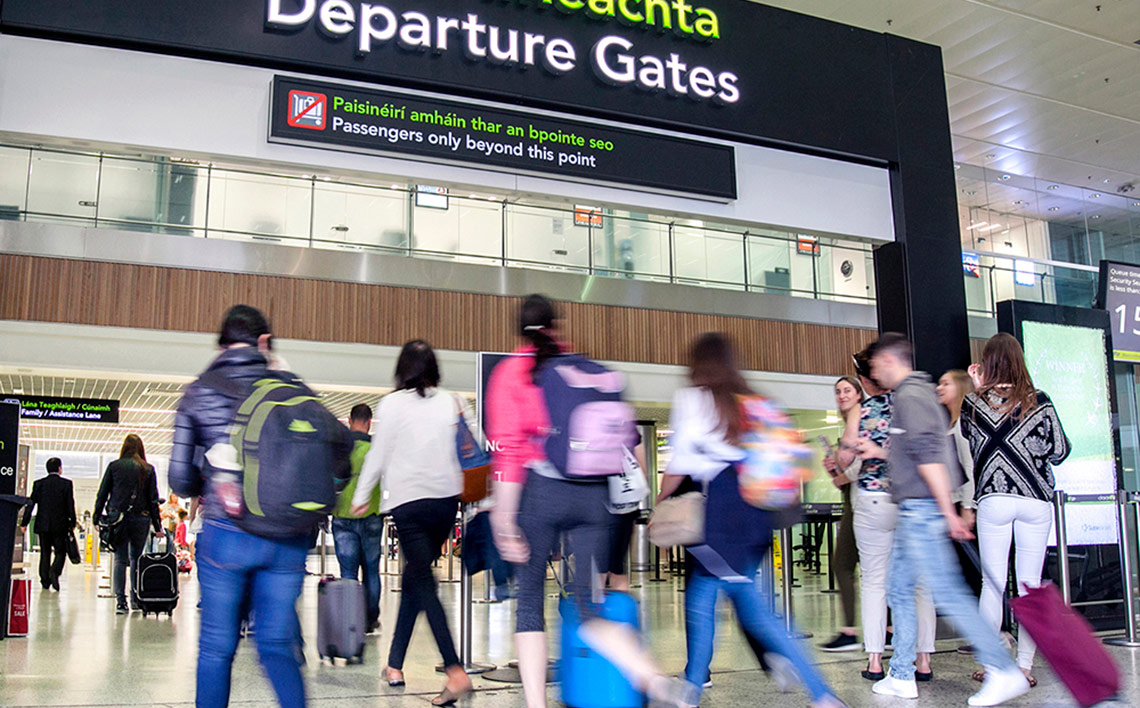 daa has started formal consultations on a major capital investment programme for Dublin Airport, which has at its heart a €900 million capacity plan to help the airport grow to 40 million passengers a year.

This €900 million investment programme will deliver new boarding gate areas, aircraft parking stands and many other significant improvements. Separately, the contract for the new North Runway will be awarded shortly.

The €900 million capacity package is part of wider plan that also includes €200 million of airfield works and a €120 million annual spend on repair and maintenance and revenue generating projects. These investments will be made at no cost to the State - as daa is not funded by the taxpayer – and no cost to airport users, as under daa’s proposals, airport charges will remain flat during the forthcoming regulatory period.

“These are shovel-ready projects that will address the capacity issues created by eight years of strong passenger growth at Dublin Airport and position us for the future,” said daa Chief Executive Dalton Philips.

“This plan has been designed to meet the needs of our airline customers, allowing them to continue to grow their business at Dublin Airport, which will boost tourism, trade and foreign direct investment throughout Ireland. Our airport charges are 30-40% cheaper than our airport peers and we are not expecting any increase in charges, despite the very significant investments that we are planning.”

daa has issued a 628-page formal consultation document on its investment plans for 2020-2024 to airlines and other airport users. This plan, which was devised following pre-consultation discussions with stakeholders, will now enter a formal consultation process as part of the aviation regulator’s airport charges setting determination for the next five-year period.

daa will have a series of meetings and discussions with airport users in the coming weeks, before submitting its final capital plan to the Commission for Aviation Regulator (CAR). This will feed into CAR’s draft determination on airport charges for the 2020-2024 period, which is expected to be published next April.

Meanwhile, daa notes today’s publication of the Oxford Economics review into capacity requirements at State airports and the potential options for a third terminal at Dublin Airport.

The report states that while an independently operated new terminal is “potentially feasible,” there is “no international precedent for a regulatory/charging model for a fully competing independent terminal [to access existing infrastructure], so there is substantial risk in attempting to make the first implementation”.

daa’s position on a potential new terminal at Dublin Airport has been consistent over the past two years. The airport urgently requires a new runway, new boarding gate piers, aircraft parking stands and other improvements rather than a new terminal in the medium term. This view is held not just by daa, but also by its main airline customers at Dublin Airport.

In this context, daa welcomes the fact that the Oxford report states that “the incremental expansion of Terminals 1 and 2 is desirable” so investment in new capacity should continue. daa’s key priority at Dublin Airport is to press ahead with its major programme of investment works to address capacity issues and meet the needs of our airline customers.

daa will contribute fully to the proposed public consultation process on the Oxford report and is happy to participate in a debate in relation to a potential new terminal at Dublin Airport, its possible location, and the type of ownership model that might apply.

However, it is essential that any such debate in relation to a third terminal has no impact on the current capacity investment programme and does not cast a long shadow over the aviation regulator’s ability to properly consider and allow for the funding of that plan.

The capacity issues that Dublin Airport is currently facing are as result of the airport’s unprecedented growth over the past seven years. Passenger numbers grew by almost 60% between 2011 and 2017, as traffic increased to almost 30 million passengers last year. Traffic is up a further 6% this year.

Competition is flourishing at Dublin Airport, with 127 new routes launches and 26 new airlines entering the market since 2011. New airlines and routes bring increased passenger choice, more airline competition, and better connections for consumers. This competition is helping to generate record passenger numbers at Dublin Airport, and brings additional benefits throughout the Irish economy.