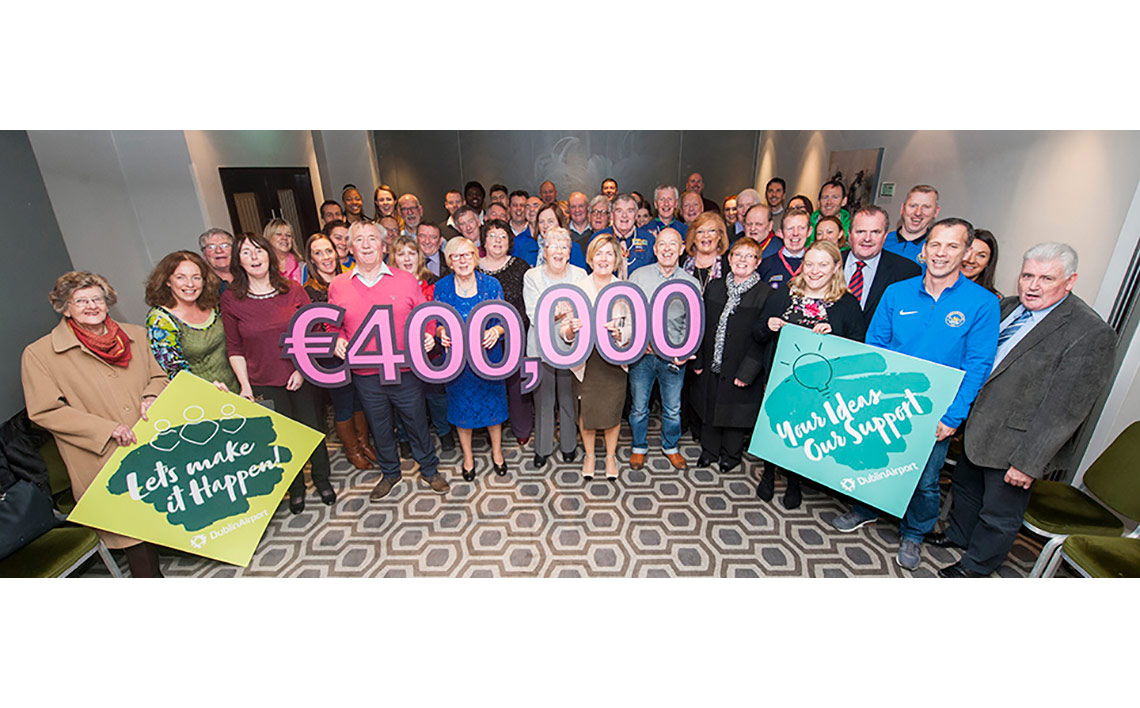 The airport’s €10 million Community Fund was launched in 2017 with an annual investment of €400,000 over 25 years. Support is focussed on areas such as: environment and sustainability, sports and recreation, social inclusion and community development, health and well-being, and culture and heritage.

The Community Fund supports projects in the neighbouring communities around Dublin Airport.

“A total of €647,000 has been invested in 100 community groups since the Fund was launched in September 2017,” said daa’s Community Liaison Manager, Maura Cassidy. “The Grant Making Panel is hugely impressed by the variety of initiatives and great work being doing in local communities which make a real difference to clubs and groups.” she added.

Projects supported in the last round of funding included the installation of a defibrillator at St. Margaret’s NS by the school’s Parents Association, an Outdoor Classroom at An Naíonra pre-school in Tyrellstown, a Playing Surface Upgrade for Portmarnock Indoor Bowling Club and funding for a Polytunnel at Santry Community Garden.

A clear step-by-step application guide for the Dublin Airport Community Fund and application forms can be found HERE or via communityfund@daa.ie.