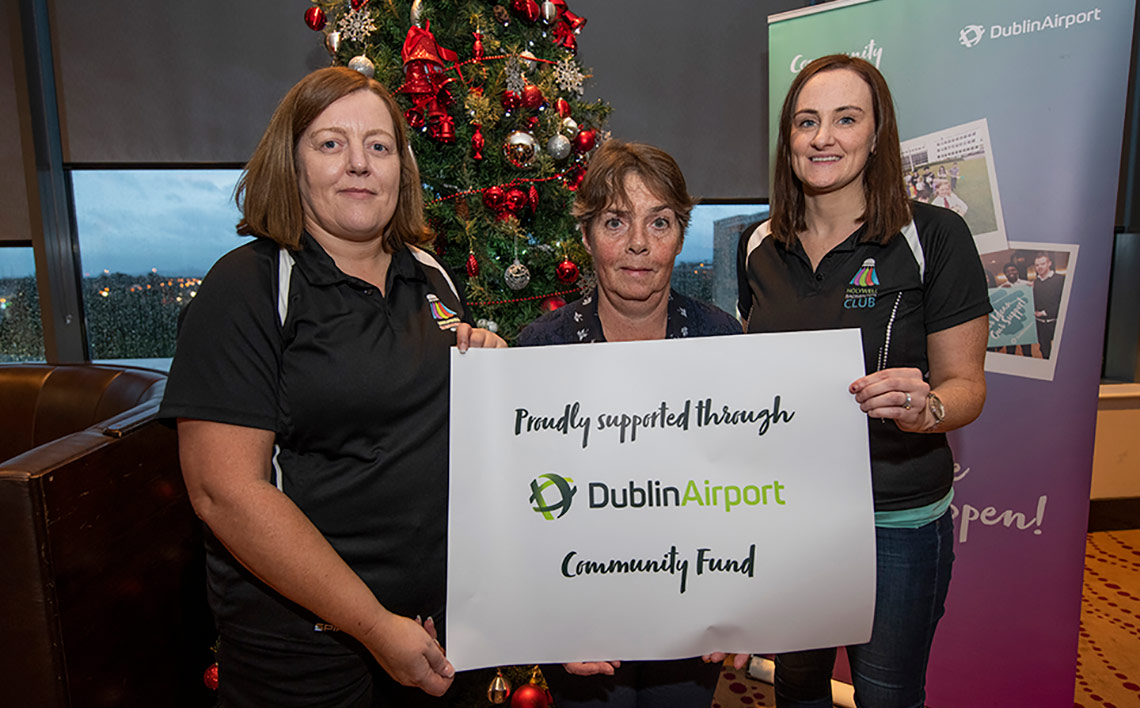 Dublin Airport’s Community Fund has reopened for applications and will remain open for a period of six weeks until February 12, 2019.

The airport’s €10 million Community Fund was launched in 2017 with an annual investment of €400,000 over 25 years. Support is focussed on areas such as: environment and sustainability, sports and recreation, social inclusion and community development, health and well-being, and culture and heritage.

The Community Fund supports projects in the neighbouring communities around Dublin Airport.

“Dublin Airport plays a key role in its local communities as it is the catalyst for a huge range of economic activity and we also love supporting a wide range of local initiatives and organisations through the Community Fund,” Ms Cassidy added.

This will be the fourth round of funding from the Community Fund and the first time the fund has opened in early January.

Among the groups that received funding in November 2019 were the Lambay Singers based in Swords, which received a contribution towards the purchase of a digital piano, Gaelscoil an Chuilinn in Tyrellstown where the fund contributed towards the development of a sensory room in the school, Rivermeade FC in St. Margaret’s and Ballymun Kickhams GFC both of which bought new goalposts.

Groups applying for funding can find an easy how-to-apply guide along with an application form on the airport’s website HERE.

Dublin Airport plays a vital role in the local and national economies, supporting 117,300 jobs and making an €8.3 billion contribution to the Irish economy.