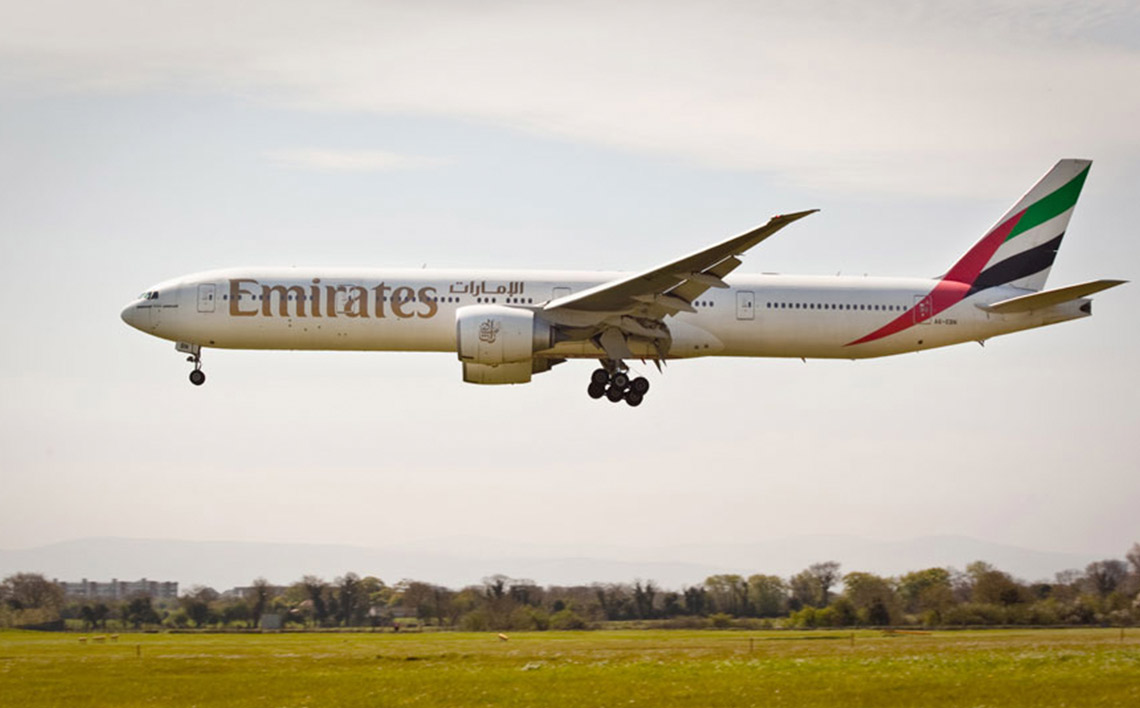 Emirates today celebrates its first year of operation in Dublin with the news that it has made over 220,000 passenger connections on the Dublin to Dubai route.

Country Manager for Emirates in Ireland, Margaret Shannon, said; “Emirates always recognised the huge potential of the Irish market, but we’ve been overwhelmed by the positive response and early success of the route."

DAA's Director of Strategy Vincent Harrison congraulated Emirates on a successful first year of operation in Ireland. "When Emirates entered the Irish market 12 months ago, some commentators questioned the timing of its arrival in Ireland. However the Dublin-Dubai service, which operates from the award-winning Terminal 2 facility, has been a resounding success and we look forward to continuing our partnership with Emirates to further expand this popular route.

Emirates also carried over 10,000 tonnes of cargo into and out of Ireland. Shipments from Ireland were carried primarily to Hong  Kong, Singapore, Saudi Arabia, India, New Zealand and Australia as well as the UAE and, within just 12 months, Emirates SkyCargo was ranked the number two airline for cargo ex Ireland, with a market share of 20%.

Popular destinations for Emirates' customers from Ireland include Australia, New Zealand, South Africa, India, China, Thailand and Phuket, which joined the Emirates network in December. The airline also carried a wide range of commodities during its first year of operation in Ireland, including a dress from Irish American movie star Grace Kelly, for exhibition in Melbourne; Irish potatoes to Dubai; live crabs and shellfish to China; Botox to Australia and India, and family pets to and from Australia and New Zealand.

Emirates’ daily service between Dublin and Dubai began on January 9, 2012 onboard a 237-seater Airbus 330, with a 15 tonne cargo load capacity.  The early success of the route lead to the upgrade of the aircraft and on May 1, a Boeing 777-300ER added 52% additional passenger capacity and an extra 10 tonnes of cargo load to Emirates’ 119th route.

Margaret Shannon said 2012 was "a remarkable year for Emirates in Ireland" and the airline was looking forward to some exciting announcements, new destinations and further growth in 2013.”