Irish Gin Sales Increase By 240% At Dublin And Cork Airports 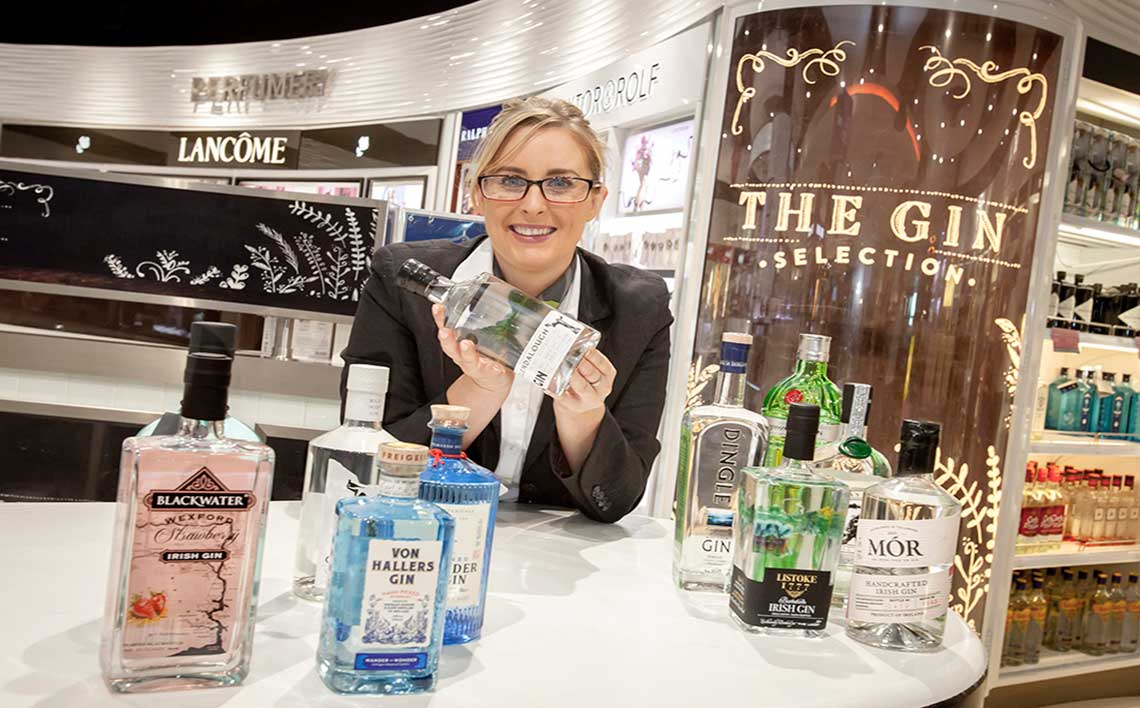 Sales of Irish-made gin increased by 240% at Dublin and Cork airports during The Loop’s recent inaugural Spirit of Gin Festival.

The festival ran in August and September in both Dublin and Cork airports and was aimed at showcasing the best of Irish gin alongside the global leaders in the industry.

Gin is currently the fastest-growing segment of The Loop’s alcohol range at Dublin and Cork airports and during the festival, The Loop had 11 specially trained gin ambassadors who worked in-store daily to advise on mixes, blends and cocktails and to help customers choose the perfect gin.

“We used the Spirit of Gin Festival to educate consumers about the fantastic range and incredible quality that can now be found in the Irish gin sector,” said Michelle Corbett, Head of Global Consumer Marketing with ARI, which operates The Loop.

More than 50 separate gin brands, including 26 Irish gins, were featured in the festival. Irish gins showcased in the two-month festival included Gunpower Gin, produced in Leitrim, Listoke 1777 from Louth, Glendalough Gin from Wicklow, Kinsale Gin from Cork, Ha’penny Gin from Dublin, and Mór Gin from Offaly.

“We’re delighted that The Loop can provide a global shop window for these exciting new Irish gin brands, and we are working closely with gin manufacturers to help them export their product internationally via our stores in Dublin and Cork airports,” according to Ms Corbett. "It's wonderful to be able to support small craft producers from all four provinces in Ireland" she added.

Irish-made gins were the fastest growing segment of the market during the two-month long festival, with total gin sales increasing by 114% during the period, compared to the 240% jump in Irish gin sales.

The Loop also had several Irish gin exclusives available during the festival such as Listoke Barndoor and a special Glendalough Summer Gin, the botanicals for which were foraged and distilled by staff from The Loop.

Over the past two years The Loop has significantly expanded it gin portfolio, and has worked with a wide range of Irish producers to expand the category.

Ireland is now one the world’s top ten gin-drinking nations according to recent research from Euromonitor International. Irish consumers spent almost €83 million on gin last year, which was an increase of 23% compared with 2015.

A recent study by the Irish Spirits Association, which represents Irish producers, also found that gin was the fastest-growing segment of the spirits market in Ireland last year, as sales increased by almost 32%.

Pictured above: Gin Ambassador Kelly Anne Woodhead with a selection of Irish gins at The Loop at Dublin Airport.