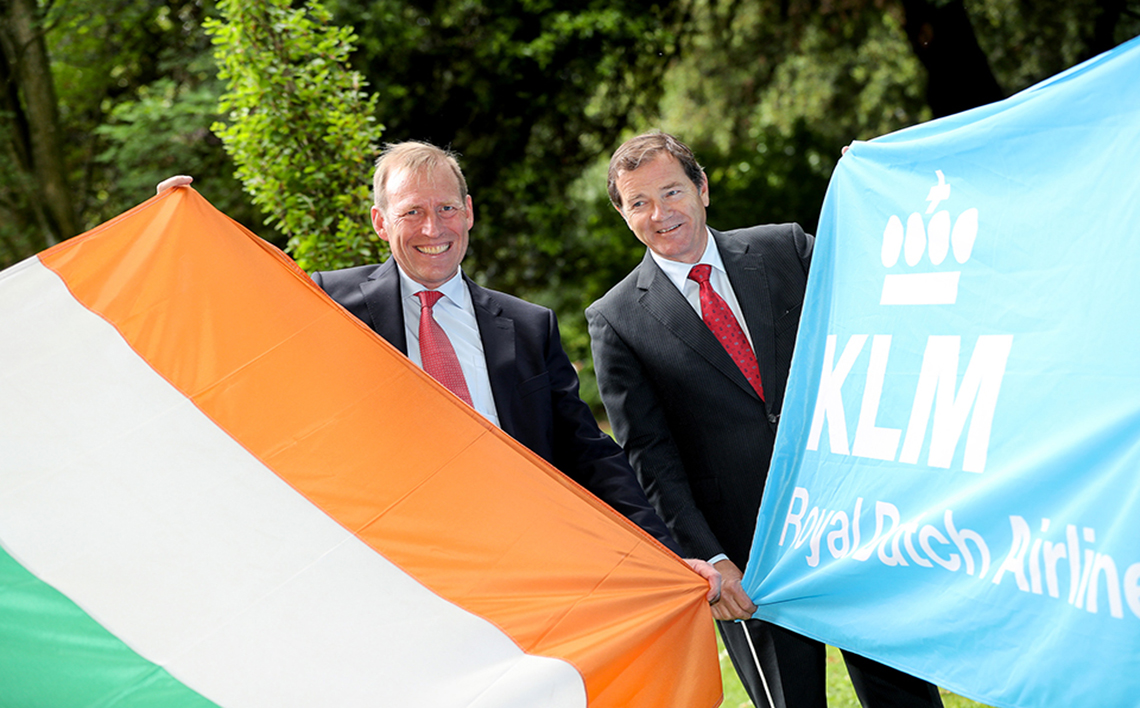 KLM Royal Dutch Airlines is set to expand its medium-haul network with additional daily flights to and from Dublin Airport.

These two new daily return flights will form part of KLM’s new Summer Schedule. Commencing on March 26, 2017, the increased frequency on the popular route will further cement KLM as one of the leading airlines operating out of Ireland.

The four daily return flights on Dublin-Amsterdam will connect Ireland’s capital city to KLM’s award-winning hub Schiphol, in Amsterdam. The airline will offer convenient connections to its worldwide network of over 150 destinations.

All flights will be operated by an Embraer 190, carrying up to 100 passengers. The schedule has been devised to compliment KLM’s long-haul network, offering passengers easy connections to destinations such as Johannesburg, Havana, Beijing and Hong Kong.

Fares will start from €99 return from Dublin to Amsterdam and are on sale now.

The launch of the Dublin service strengthens KLM’s position in Ireland. With the addition of the two new KLM operated flights, the airline will offer in total four flights per day between Dublin and Amsterdam. Passengers will benefit from the new range of KLM products and services on the ground and on board. This includes two cabins and three travel classes; a full Business and Economy class as well as Economy Comfort.

“We are delighted to be able to announce a frequency increase on our Dublin service to Amsterdam and hope it will be warmly welcomed by the local community. Demand for efficient, seamless and convenient schedules to long-haul destinations from Ireland continues to grow, particularly to emerging markets such as Latin America, Africa and Asia – all markets where KLM has strong networks. We know that the service we will provide out of Dublin will perfectly answer the needs of Ireland’s capital and demonstrates our commitment to the Irish market”

“We are delighted to see KLM increase frequencies on its new Dublin-Amsterdam service before the route has even started operations. These additional flights will provide extra choice and convenience for both business and leisure passengers travelling to the Netherlands or connecting at KLM’s Schiphol hub.”

Pictured above: Warner Rootliep, General Manager of Air France-KLM UK & Ireland and Paul Schellekens, Dutch Ambassador to Ireland at the launch of the new Dublin-Amsterdam route.