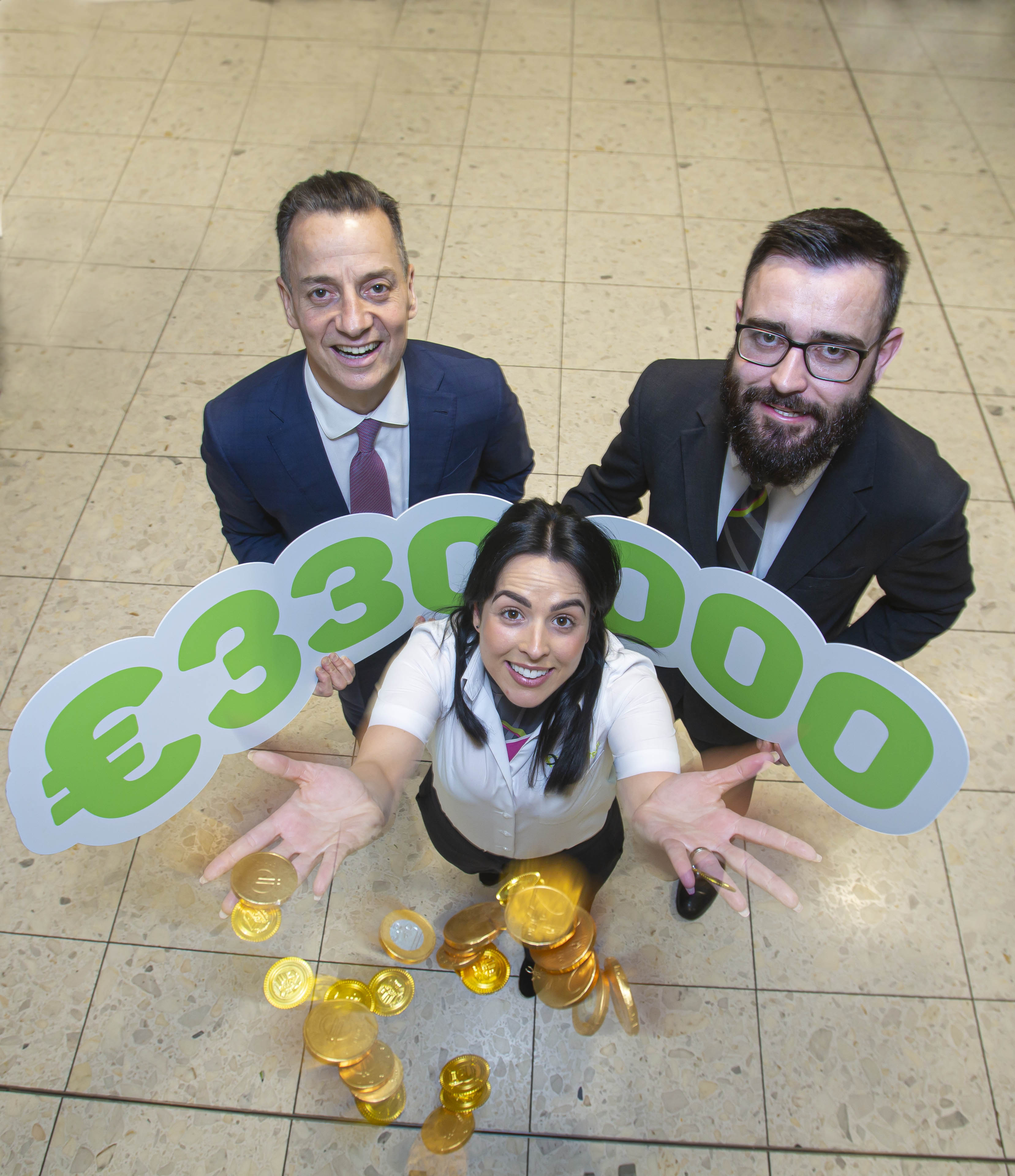 daa employees, supported by the company and members of the public, raised a total of €330,000 for the company’s charity partners last year – Debra Ireland, Gary Kelly Cancer Support Centre and Spina Bifida Hydrocephalus.

Staff raised the money for the three charities through a series of events and the company also makes a significant contribution to the fund. Members of the public also support the scheme through collection points throughout the airport for passenger donations. Each charity was presented with a cheque for €110,000 from daa.

Debra Ireland said it was “complete overwhelmed and in awe of daa staff,” while the Gary Kelly Cancer Support Centre described the €110,000 cheque as “mind-blowing” adding that it would allow it to “future proof” its services. Spina Bifida Hydrocephalus Ireland said it is “forever grateful to daa,” as the money will help to fund a new project focussing on equality for everyone living with Spina Bifida Hydrocephalus.

daa’s Charities of the Year scheme, which is one of the largest such programmes in Ireland, was established in 2007 and over the past decade it has raised almost €3 million for a total of 27 Irish charities.

“Every year, I am astounded and immensely proud of the unwavering passion of daa staff in raising this huge sum of money for charity,” said daa Chief Executive Dalton Philips.

“The €330,000 raised last year will make a real difference to people’s lives, and on behalf of our three charity partners I would like to thank staff and passengers who so generously contributed to the charity fund over the past 12 months,” Mr Philips added. “We’re acutely aware that these funds have the power to transform lives for the better.”

daa’s Charity of the Year scheme is managed by staff, who select the charities that benefit each year, and also generate a significant amount of the money through their fundraising activities.

The funds left in cash collection points throughout Dublin Airport also support the chosen charities for the year. daa also makes a significant direct contribution to the charity fund every year.

“We are overwhelmed completely and in awe of the staff in daa who dedicate themselves to their charity partners each year,” said Debra Ireland, Corporate Fundraising Manager Claire Concannon.

“We would like to thank everyone involved in raising €110,000 for DEBRA Ireland.  This is a much sought-after partnership and daa is a shining example of what a CSR programme should be. So many people saw our branding all over the airport, this has been mentioned to us time and time again, and the awareness raised on top of this incredible amount of money is priceless.”

Ann Tracey, Director of Finance & Fundraising with Gary Kelly Cancer Support Centre said the money meant it could revisit a project that had been put on hold for the centre.

“We started work on a new building in autumn last year to completement the existing centre and it will be ready for occupancy in March this year. The demand for the centre’s services and supports have escalated over the years and we desperately need more space. Thank you so much to daa staff, and management plus the thousands of passengers who so generously donated to the charity scheme. The amount of money is mind-blowing and there are no words sufficient enough to express our deep and abiding appreciation to you all.”

Tom Scott, Chief Executive of Spina Bifida Hydrocephalus said the charity was “blown away” by the size of the donation. “We feel so incredible fortunate. daa staff and every single person who has donated to this campaign over the last year are nothing short of incredible, we cannot thank everyone enough. SBHI will be using this staggering donation to fund a new project which will include the employment of a campaigns and advocacy officer for the next two years. This work is essential as we work to realise equality for everyone living with spina bifida and hydrocephalus. We will be forever grateful to daa for providing this opportunity. Thank you so much.”