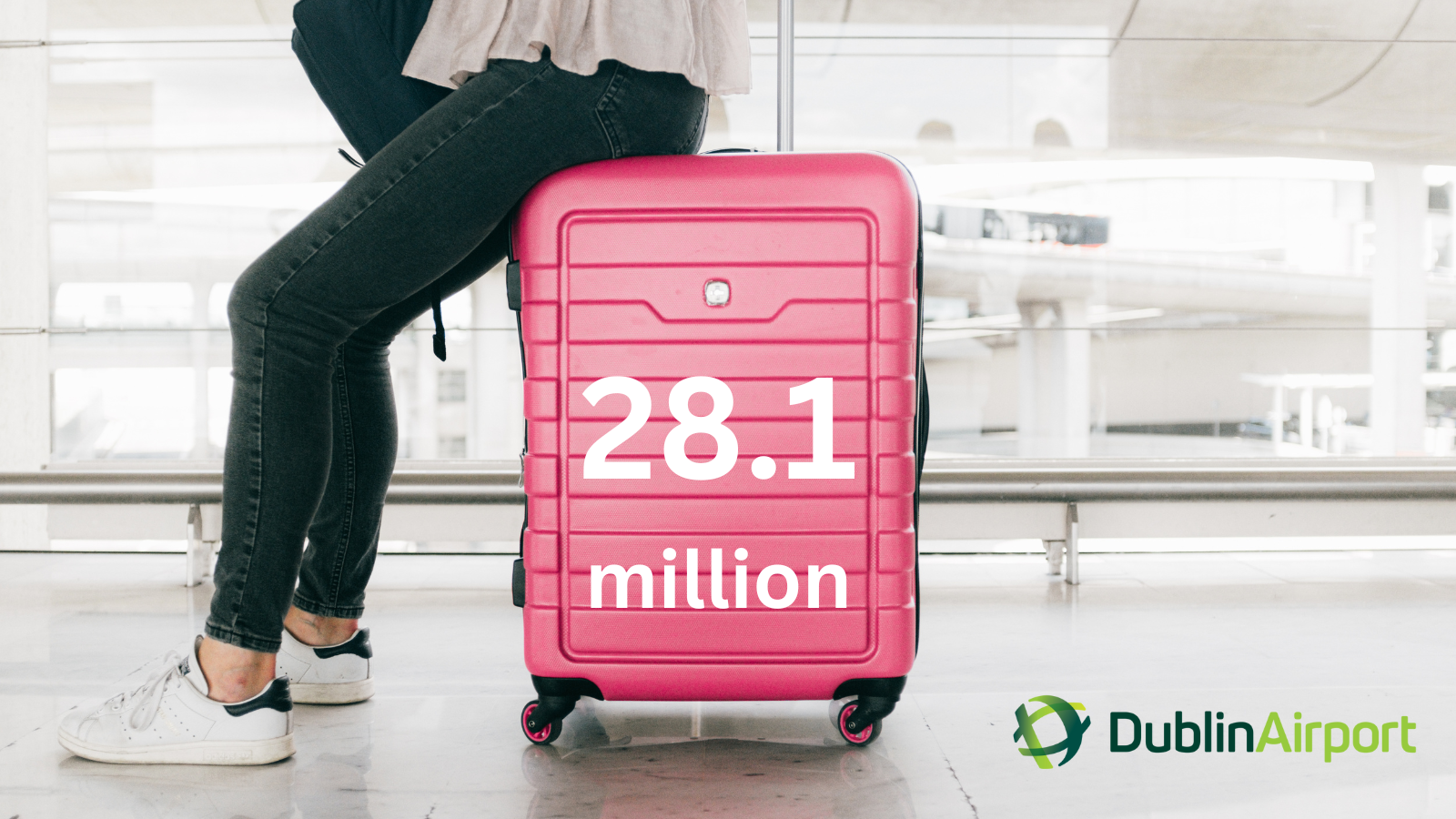 The revival in passenger numbers following the Covid-19 pandemic continued to accelerate as the year progressed, with passenger levels in the final three months of 2022 totalling 7.1 million – the equivalent to 96% of numbers in the same period of 2019.

According to daa’s new CEO, Kenny Jacobs, the airport operator of Dublin Airport: “Following two years of Covid disruption, 2022 was the year in which international travel came back very strong. When you consider that passenger numbers during the first two months of 2022 were very low due to uncertainty around the Omicron variant, the recovery in passenger numbers from March onwards was way beyond the expectations of even the most optimistic of travel forecasters.

“This resurgence in travel has posed challenges for Dublin Airport and airports all around the world. I’d like to pay tribute to the incredible team there which has worked tirelessly to facilitate more than 28 million journeys over the past 12 months. Their hard work over the Christmas period – the busiest in three years – saw 93% of passengers pass through security screening in under 20 minutes, with 99% through in under 30 minutes. In the year ahead, we are determined to maintain this security performance and make further improvements to the standards at Dublin Airport so that the travelling public get the service they expect.”

Yearly Passenger Numbers
Just over 13 million of the passengers travelled through Dublin Airport in the five months of August, September, October, November and December which equates to almost half of the total traffic seen during the year.

26.5 million passengers either started or ended their journey through Dublin Airport while 1.33 million of the overall number used the airport as a transfer hub last year.

When compared to 2021 figures, short-haul traffic increased by 216% to 23.9 million, while long-haul passenger numbers increased 366% to almost 4.2 million. This was a decrease of -19% when compared to with 2019 passenger figures for long haul and -14% decrease for short haul.

December 2022 Passenger Numbers
In December, passenger volumes to and from Continental Europe saw an increase of 460,000 versus the same month last year. That number was up by +1% when compared with December 2019.