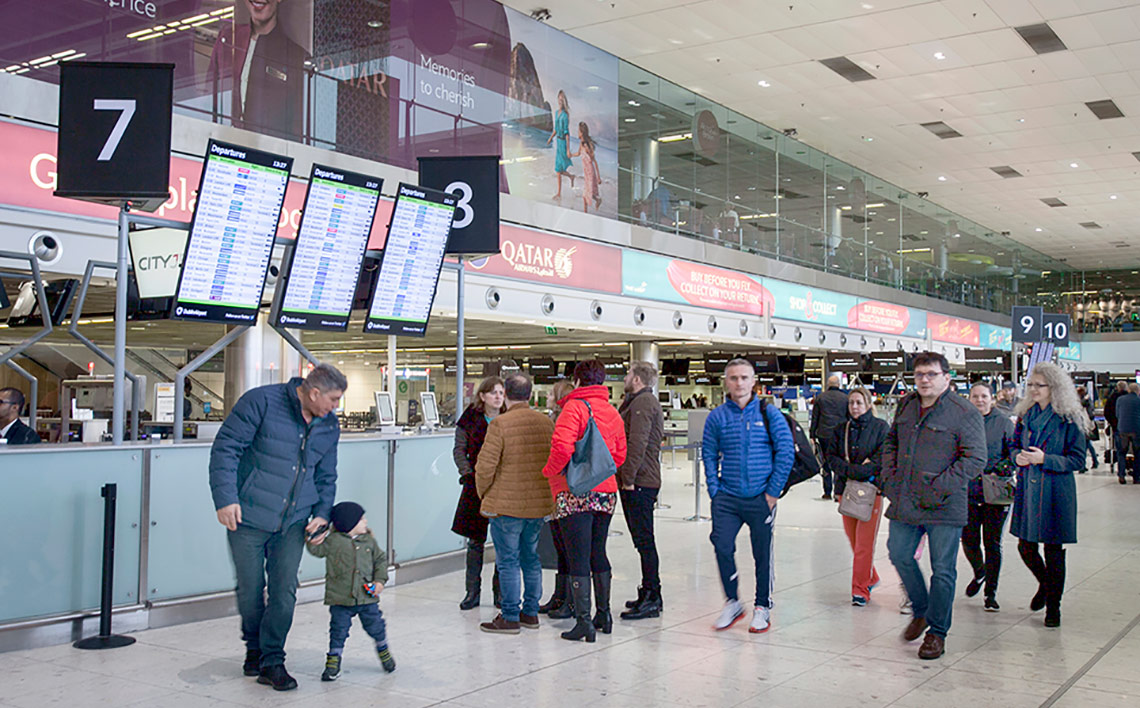 Almost 2.3 million passengers travelled through Dublin Airport last month, making it the busiest November in the airport’s history. Passenger numbers were up 7% during the month.

Passenger volumes travelling to and from continental Europe grew by 8%, with almost 1.1 million people travelling to European destinations during the month.

UK traffic grew by 2% as almost 848,000 passengers travelled to and from UK destinations in November.

Transatlantic volumes increased by 15%, with more than 275,000 passengers travelling to and from North America during the month.

Other international passenger traffic, which includes flights to the Middle East, north Africa and the Asia Pacific region grew by 13%, with more than 72,000 passengers travelling on these route sectors in November.

Passenger numbers on domestic flights rose by 47%, with almost 10,000 passengers travelling on domestic routes during the month.

Dublin Airport has welcomed over 29.2 million passengers in the first 11 months of the year, which is a 6% increase over the same period last year. More than 1.8 million extra passengers have travelled through the airport between January and November.

Almost 1.7 million passengers chose Dublin Airport as a hub to connect to another destination so far this year, which is an 18% increase compared to the first 11 months of last year.