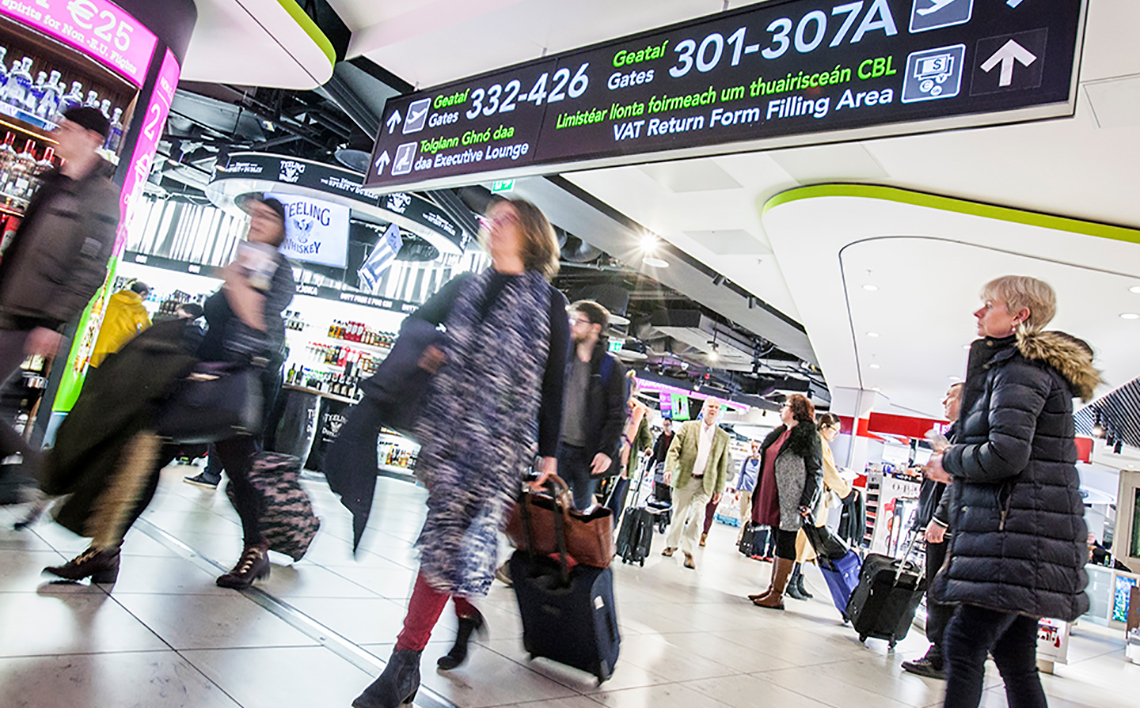 Share
More than 60% of Dublin Airport passengers want airport charges to remain flat so that the airport can invest in new and improved facilities, according to a new survey.
The survey also found that less than 30% of consumers believe that the airlines that use Dublin Airport will pass on any reduction in airport charges to passengers in the form of lower ticket prices.
The Commission for Aviation Regulation (CAR) proposed earlier this year to reduce charges at Dublin Airport by 22%, which is the equivalent of €2 per passenger. When the proposals were announced, in May, CAR claimed that “the reduction in price will benefit passengers, through lower air fares”.
However, a comprehensive survey of passenger views shows that consumers don’t agree with the regulator. Only 29% of passengers said they believed that airlines would pass on any reduction in charges.
“Consumers have spoken; they want flat charges at Dublin Airport so that we can invest in new and improved facilities,” said daa Chief Executive Dalton Philips. “The aviation regulator’s argument that a €2 reduction in airport charges is positive for consumers is simply not supported by the research,” he added.
“Passengers don’t believe that they will see that €2 in their pockets,” according to Mr Philips. “The clear consumer preference is for flat charges and for more investment in facilities, which is exactly what we had planned.”
daa had intended to invest almost €2 billion to improve and expand facilities at Dublin Airport, while keeping its airport charges – which are already 30-40% cheaper than its European peers - flat for the next five years. However, in its draft decision, the regulator said airport charges should be cut by 22%, which means that daa will not be able to finance all of the upgrades that are urgently needed at Dublin Airport.
The survey showed that almost three quarters of respondents felt it was important that Dublin Airport continues to invest in new facilities, while 70% of passengers agreed that it was essential to invest in airport services to improve the overall passenger experience. Only 19% of passengers felt that Dublin Airport did not need to keep investing in the development of the airport.
Just under 40% of passengers were concerned that Dublin Airport may not invest as much in further development of the airport if passenger charges were reduced by €2.
CAR is due to publish its final pricing decision, which will set airport charges at Dublin for the five years from 2020 until 2024, within the next few weeks.
The survey had a sample size of 500 adults, who had either used Dublin Airport within the past 12 months or planned to use it within the next 12 months. The sample had quotas for age, gender, social class, area and region to ensure that it was fully representative of the wider population.
Dublin Airport, which is Ireland’s key aviation gateway, welcomed 31.5 million passengers last year. It has flights to almost 200 destinations in 43 countries, operated by 53 airlines and is the 11th busiest airport in the European Union.
More than 22.4 million passengers have travelled through Dublin Airport in the first eight months of this year, which is a 6% increase compared to the same period last year.
Dublin Airport supports an estimated 117,300 jobs in the Irish economy, including 19,200 people employed directly at the airport and its environs. The economic activity underpinned by Dublin Airport in terms of the spin-off benefits through trade, tourism, and jobs, is worth €8.3 billion to the Irish economy annually.